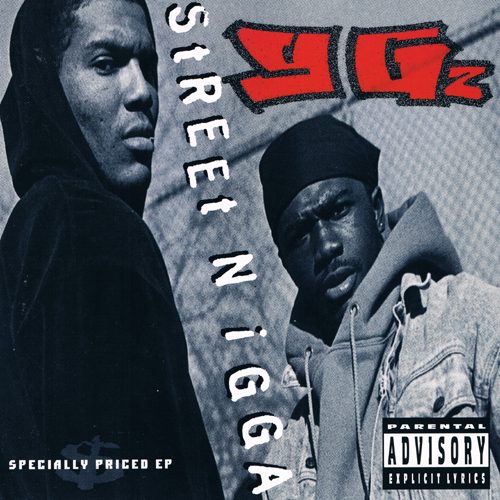 “My town is really quaint
But we ain’t no saints”

I hold a special place in my memory for Heavy D’s above introduction of his hometown to the greater rap audience in 1987. It works as a general rebuttal of the typical underestimation of the small town, the backwater and boondocks areas that, as literature, theater and film know very well, do tell gripping stories of their own, and as a specific announcement from an aspiring out-of-towner who knows he has something to prove as he looks to join the New York City rap establishment.

Nevertheless Heavy D and his Boyz and the dynamic duo they mentored, Pete Rock & C.L. Smooth, did, across their music, message and overall image, paint Mount Vernon (situated just north of the Bronx) as a relatively stress-free environment that allowed them to make hip-hop music that wasn’t primarily driven by survival instincts. While many ’90s Big Apple MC’s would regularly downplay their middle class origins and at the same time exaggerate their street experience, these inner suburbanites found time and leisure to reflect on family life, romance and relationships, the good life and ghettos of the mind, humanity living in harmony and profanity-free rap lyrics.

The exception to the rule were YG’z (short for Young Gunz). Introduced in 1993 by the aforementioned Pete Rock & C.L. Smooth on the “Menace II Society” soundtrack via the rambunctious collaboration “Death Becomes You”, the same year the duo released the single “Street Nigga (Do Or Die)” that was followed up by an EP of almost the same name. Pete Rock producing the majority of it was a win-win situation for everyone – the music business could further deploy a musician in demand, and local artists could tap into a neighborhood talent with industry connections.

Kenny ‘Guest’ Austin and Tommy Guest both thank the same mother in the liner notes, their handles reading like real names suggesting that they were at least half-brothers. Apart from the potentially intuitive understanding between siblings, YG’z also intuitively understood how rappers expressed themselves in their era, how they made their arguments. Not always perfectly, but with a sense for songwriting.

Take the EP’s centerpiece, “Street Nigga”, where emotions simmer, but they don’t boil over as the rhymes parse the lyrical theme. The first two verses tell you not to mess with the titular subject before Kenny tries to dig deeper by addressing the tragedy of urban violence, contending, “The devil got our minds all brainwashed”. Then, in an interesting twist, he brings up an incident where 79-year-old Mary Trump, mother of Donald, was robbed by a teenager on the streets of Queens in 1991. Perhaps remembering Trump’s following populist tough-on-crime campaign on the wrongly-accused Central Park Five (he ran a newspaper ad calling for capital punishment), the rapper insinuates that someone like Trump would automatically assume that his mother’s attacker was black:

“Rich folks don’t realize, actin’ civilized
I’d love to see the tears in Trump’s eyes
When his mother was mugged, shit was bugged
And he thought it would be me speakin’ to the judge
But he was wrong, it was one of his own kind
A street nigga ain’t hard to find”

Perhaps in this context the last line can be taken as meaning that a scapegoat is always easy to find when you’re looking for one. Before the impression is created that YG’z were remarkably deep thinkers, “Street Nigga” is of course mostly exploitative, purposely nihilistic gangsta rap fare in the vein of “I’m a street nigga, you wanna know why? / Cause I could give a fuck whether you or me die”. Apart from the bit about Trump (which sadly possesses much more urgency in 2020 than in 1993), it is Pete’s beat that makes the tune noteworthy. Rap with that rugged street edge in the earlier ’90s on the East Coast rarely had that much personal contribution from the producer (notable exception: Naughty By Nature’s Kay Gee). Pete’s beat has soul and class, but also enough spunk and funk to give it a certain rigor that matches the duo’s tense performances.

The other Chocolate Boy Wonder joints could easily figure as Pete Rock & C.L. Smooth tracks. Whether YG’z were well served by beats that sound like they belong to another group is another question. Nevertheless they use “Ghetto Celeb”‘s smooth current to paint the portrait of the neighborhood superstar who has “a little ghetto fame”, “troopin’ on his stomping grounds / holdin’ his crown for givin’ punks beatdowns” before they again get to the moral of the story in the third verse, citing Nicky Barnes and Alpo Martinez as men who experienced the fleeting nature of the “ghetto celeb status”: “It comes quick – but quicker it goes, yo / A ghetto celeb, here today, gone tomorrow”.

YG’z were certainly not out to glamorize the ghetto, see the cautionary and remorseful “Itchy Trigger Finger” (produced by Willy Gunz with a familiar Eddie Kendricks sample) which laments those who “coulda been a rapper, an actor or a singer” but fell prey to gunplay: “Brothers get open on a trigger / They figure lickin’ off will make a nigga much bigger”.

On the lighter side, “Wonders in Da Bed” treads dancehall territory with the help of Slick Rick’s DJ and co-producer Vance Wright. More interesting is “Sumthin’ 4 Da Head”, which takes the form of expression of alcohol going to someone’s head into other realms. Sometimes there’s creativity where you don’t necessarily expect it.

Early last year another YG’z EP was presented to a probably wholly indifferent public. It was called “Block” and plugged with an appearance by the late Heavy D. Production credits were not supplied and not all tracks seem to be performed by Kenny and Tommy. But it not only brought back vague memories of “Street Nigga” but was also a confirmation that the duo didn’t just take this one shot at a rap career. Word has it that in the following years YG’z weren’t quite done with Pete Rock while he was pretty much done with them. There seems to be some substance to their self-description, also corroborated by fellow Mount Vernon representative and Untouchables signee A.D.O.R. (who otherwise has nothing but love for them). Fact is that between this EP and other ’93 recordings like “1st & 3rd” and “Groove On” (/”Get Ya Groove On”) there could have been enough material for an album, one that was after all announced by Reprise/Warner. Kenny would make a brief appearance on the “Main Ingredient” b-side “We Specialize”, but that seemed to be the end of the relationship. At the same time it’s hard to understand why, after “Death Becomes You”, C.L. Smooth isn’t featured on the EP. Instead his partner provides the conditional remix (because, you know, few things rang bells in 1993 like the tagline ‘Pete Rock Remix’).

A child of the hardrock rap explosion of ’92/’93, “Street Nigga” is a fairly solid offering, yet lacking in concise imagery, sharp rhetoric and production custom-tailored to the duo’s sturdy stature. As far as the debut EP move goes, it’s certainly no “All Souled Out”. In retrospect, YG’z were a contrast to Pete Rock’s usual partners in that period, namely C.L., Deda, Grap Luva and Rob-O. In terms of collaborators, this EP sees him briefly leaving his comfort zone but not really making something productive out of it.

Since Heavy D and other budding black professionals (Denzel Washington, Sean Combs, Al B. Sure) cast a spotlight on their hometown in the ’80s, the Westchester County city seems to have lost some of its quaintness, eventually even earning the dubious nickname Murderville. As it turns out, Mount Vernon has been a socioeconomically divided (not to say segregated) city for a long time, with affluent residential neighborhoods to the north and urban areas to the south. Running the streets of the South Side, YG’z (and the greater Young Gunz clique they possibly represented – “Third and Fourth Street, the whole fuckin’ YG’z”) felt likely closer to the Bronx than to Bronxville, the upscale Mount Vernon village where money is sometimes earned but more typically inherited. Yet if the Heavy D quote at the beginning of this review talks about embracing stereotypes and at the same time subverting them, the YG’z had a little bit of that in them, too. Sometimes different people’s minds are in different places even though they are all in the same place. Ultimately it would be unwise to drive a wedge between YG’z and their more famous peers, especially since they never got the chance to state their case at album-length.