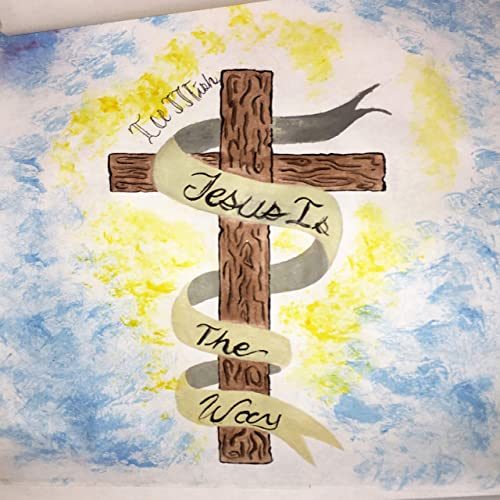 Jesus Is the Way

IceJJFish :: Jesus Is the Way

Usually artists with a flagging secular career turn to an audience of Christian consumers who only buy things ostensibly about Christianity to revitalize their sales. The insincerity of this shameless cash grab was savagely lampooned by South Park when Eric Cartman fronted a band called “Faith + 1.” He took any song that would have been about wanting romance or sex and changed it to a devotional gospel track simply by swapping “God” or “Jesus” into the lyrics. The similarity is uncanny. Both Cartman and IceJJFish are terrible singers who seemingly have NO CLUE how terrible they are; or perhaps they are ENTIRELY aware of how bad they are but know that sheep will flock to the shepherd if you mention Jesus enough times.

“I found Jesus! Jesus, Jesus, Jesus, Jesus, Jesus.” Again the title of the song is both obvious and self-explanatory — it’s called “I Found Jesus.” JESUS. We’ve reviewed many Christian rappers over the years on RR, and some are actually quite good at making rap music that professes their belief in salvation without turning off the listener. It’s a difficult balance to strike given that many (not all) rappers flaunt a decidedly hedonistic lifestyle of drinking, drugs and promiscuity. To hit the right note a Christian rapper can’t be anti-fun — they need to tell you how to have fun a different way. They can’t just slap you across the face with the Bible and call you a sinner. Like the old saying goes, you catch more flies with honey than vinegar.

The good news about songs like “Be With the King” is that IceJJFish isn’t berating you for your sinful ways. He’s using the quiet piano melody to croon (if we can call it that) the words “Jesus’ll get me through anything and everything/I keep my head up because one day I will be with the King.” In fact it’s a bit odd listening to “Jesus Is the Way” given how much he professes his love for Christianity without explaining why exactly Jesus IS the way. Even a subtle Christian rapper who dials down the preaching is still going to mention at least once or twice how faith gives them serenity, fellowship and a heart full of love. They might even tell you that faith saved their life if they were going down a dark and ruinous path, and that’s why Jesus is the way. IceJJFish goes through the motions of offering praise but never goes beyond hollow platitudes to offer any reason his choice was the right one.

In fact if we’re being real songs like “(God I) Want Your Blessings” are entirely self-serving. I’ll give him a modicum of credit for the honesty but in no way should that obscure you from seeing that Ice wields his Christianity like a blunt object to bash the obstacles in his life. “What can God do for me? If I keep saying how much I love the Lord and praises Jesus repeatedly then I’ll be showered with riches in this life and the afterlife. Praise Jesus.”

It was mildly amusing for IceJJFish to go viral as a terrible singer, and to see him be embraced by Odd Future on Loiter Squad showed that even rap’s hippest crew was in on the joke, but “Jesus Is the Way” isn’t good. Ice hasn’t gotten any better as a singer or a lyricist; if anything, going Christian has only made him worse because now he doesn’t even have to try. Ice is content knowing some well-meaning WASP will buy this for their kid thinking they are the “cool” parent, but TobyMac or KB would be a much better choice. At least their rap songs are (1.) actual raps and (2.) have actual messages. What does the fox say? It says dumb viral hits are better than bad viral singers who want to reap the rewards of religious sales without actually trying to create anything good. Don’t even buy “Jesus Is the Way” as a joke. There are funnier things to blow your money on.