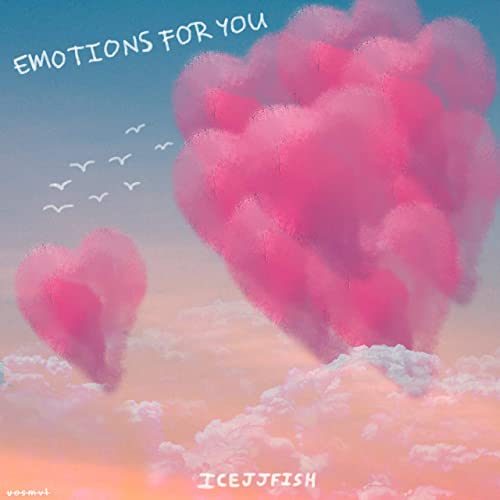 IceJJFish :: Emotions for You

Before IceJJFish found Jesus, he found his “Emotions.” Already a sensitive (and terrible) crooner, the viral phenomenon dropped “Emotions for You” back on January 11, 2020. Perhaps this was the album that pushed him over the edge and made him repent his sins. For me it seems to have the exact opposite effect. “Kim&Kanye” doesn’t make me seek forgiveness, it makes me seek vengeance. I’d like to get up in IceJJFish’s grill and yell at him about how (1.) These two are not worthy of being paid tribute (2.) They would not be flattered by his screechy helium voiced delivery and (3.) Cats in my neighborhood rushed to my front door looking for a bitch in heat. Unfortunately due to COVID-19 such a confrontation isn’t wise. I may hate my life for listening to this song, but it’s still not worth dying for.

“Let me comfort you when life screws you” yowls Ice with all the sincerity he can muster, as I wince in pain with every syllable that he utters. Actually I don’t doubt that he IS sincere on this song, nor about his belief in God, and it’s not his conviction that’s the issue here. The issue is that Ice as a joke stopped being funny between 2013-14, yet thanks to artists with actual talent like Tyler, the Creator that tired old routine got new life and another round of exposure before it could die out. I suppose that’s “viral” too — not just something that spreads wildly unexpectedly, but something that keeps recurring even when we wish it would go away — just like COVID-19.

The weird thing about “Emotions for You” is there are times it would be perfectly tolerable without Ice. “Man Down” is an ethereal, moody instrumental that could genuinely be some “lo-fi chill hip-hop beats to study to” if it weren’t RUINED by each noise that emanates from Ice’s esophagus. If there was a 3:40 long version of this track without Mr. Fish I’d put that shit on a loop and listen to it on YouTube Premium for an hour. Seriously. That might actually make “Emotions” the most frustrating IceJJFish album of them all. “Good One” would have BEEN a good one if he wasn’t here.

Thus we have the conundrum of an IceJJFish album that’s almost but not quite tolerable. At under 25 minutes “Emotions” doesn’t overstay its welcome. There’s a decent quality to the instrumentals here that while far from mind blowing certainly wouldn’t get him banned from a hip-hop playlist. Unfortunately it all comes back to that voice, and the late Keith Elam was right when he said it’s “Mostly Tha Voice.” Unfortunately Ice doesn’t get me up, get me buck, he doesn’t have flavor, and he doesn’t have skills. The only think Elam and Ice would agree on is that he needs to just CHILL, which is befitting of the nom de plume he chose I suppose. Perhaps we’re all better off that he found Jesus. Hallelujah.