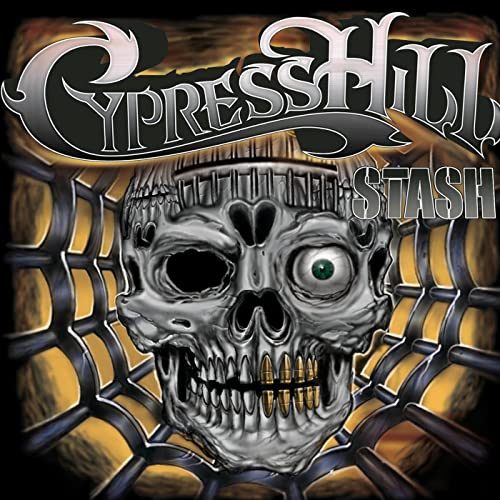 “Some people tell me that I need help/some people can f**k off and go to Hell.”

The censorship is NOT mine. For the better part of a quarter century Cypress Hill has been one of hip-hop’s favorite groups. In an industry which pits rappers against each other like a corporation busting a labor union, the trio of B-Real, Sen Dog and DJ Muggs have been incredibly loyal to each other and to their fans. They stick together through thick and thin, through ups and downs, and a loyal army of the Hill’s fans would die ON a hill for them. Dope songs, energetic live concerts, incredible music videos and an unabashed love for marijuana make love for the group more perennial than the plants they smoke.

That’s why “Stash” was perceived as a SLAP IN THE FACE. For artists that are unapologetically in your face, constantly flipping a middle finger to cops, racists, conservatives and Karens everywhere, releasing an EP with remixes of their classics should have been an easy home run. Releasing it with all of the profanity muted or removed altogether was insulting to the very people who would be the first in line to buy it. “Stash” wasn’t an olive branch to the mainstream — it was meant to be new takes on songs their fans were already well familiar with. Why would you censor that shit? Perhaps that’s not the right question — let’s try again — why would you ONLY release a censored version of that shit? If you offered two different versions of “Stash” it wouldn’t be a problem, but only the edited EP exists.

Now let’s compound one big mistake with another one — the new versions of Cypress Hill’s classics are NOT GOOD. The “Blackout Mix” of “Latin Lingo” is in no way funkier or fresher than the first take from 1991. The “Harpsichord Mix” or “Illusions” is an interesting idea, but doesn’t capture the psychedelic stoner vibes that the original song had. As much as I like Fredwreck as a producer (well that’s an exaggeration — I think he’s “aight” and occasionally pretty good) he doesn’t do the album’s only exclusive justice with his “Amplified” remix.

“This album’s only exclusive.” Oh boy. We’ve just compounded two problems with a THIRD problem haven’t we? If you’re one of those dedicated live-or-die Cypress Hill fans I was just talking about, you ALREADY have all of the songs on “Stash.” The “Slow Roll” mix of “Throw Your Set in the Air” was on that CD single. The Alchemist remix of “(Rap) Superstar” was on the “Highlife” single. Et cetera, etc. So who exactly was “Stash” meant for anyway? There’s almost nothing new here, it’s all heavily edited for non-existent FM radio airplay, and none of these mixes save possibly for Alchemist are arguably any better than the original takes.

Even on “(Rap) Superstar” it’s a toss up at best. I enjoy this version (aside from the censorship) but not necessarily more than the original or the guitar smashing “(Rock) Superstar” mix. It’s a rare day when a Cypress Hill release deserves to be trashed, but this one IS trash, and you shouldn’t buy it even if you’re the most loyal Cypress Hill fan of all time.