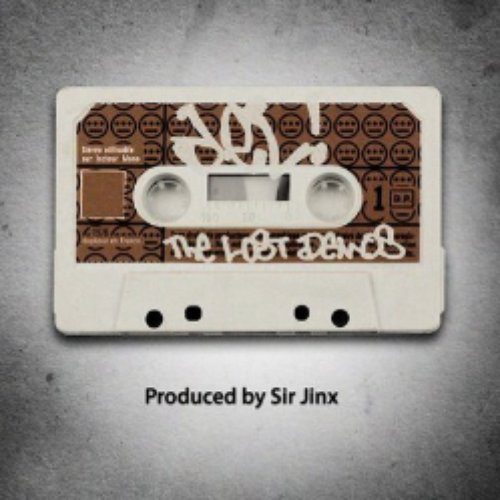 This album exists but there’s absolutely no way to buy it now. It was originally given away as a pre-order bonus from HipHopSite.com if you wanted a copy of Del’s “Future Development.” Unlike a lot of what passes for a pre-order these days, such as getting to download two tracks now and the full album later, this was a physical tangible incentive to put down your hard-earned money. “The Lost Demos” makes no illusions about what it is, but to understand its existence requires a brief biographical backdrop.

Del (real name Teren Delvon Jones) got his start in the music industry thanks to his cousin Ice Cube (O’Shea Jackson) and worked as a ghost writer on Da Lench Mob’s debut album to pay his dues. The extent of those contributions has not been fully documented but Jackson and his then-favorite producer Sir Jinx were clearly impressed by Del’s hustle. Jinx and Del got together to put together what I can only assume was an untitled demo tape to shop around to major record labels, which culminated in him landing on Elektra for “I Wish My Brother George Was Here” in 1991.

The existence of this demo tape remained a little known secret for half a decade, in part because it came out before the internet became a part of daily life and in part because Del and Cube had a falling out before his sophomore album “No Need for Alarm” was released. At this point the scope and influence of the Hieroglyphics crew was growing in strength, and Del didn’t really need his cousin’s muscle or name in the credits to make his way in the music industry. Rather than sweep that relationship with him and Sir Jinx completely under the rug, “The Lost Demos” was available for a limited time for Del fans who wanted to hear how it all got started.

Everything about this release is rough and grading on a curve is almost a necessity. The production is either not mastered, which seems unlikely given Sir Jinx is a high caliber professional, or this tape is a copy of a copy of a copy of a copy made through multiple generations of dual tape decks. The only other explanation would be that Del was going through a box of old stuff in a storage facility that got flooded, found some old musty and funky reel to reel tapes, and someone did the best they could with it in the shape it was in. “Mr. Lovable” winds up sounding like it was taped off the radio by holding a microphone to it with another tape recorder. The bass distorts everything, the volume jumps wildly, and if you thought Del sounded young on his first album he’s practically pre-pubescent here. He may also wish he had chosen some different words for his brag rap. “I never had a jheri, jheri curls scare me/and if it gets too long, I look like a fairy.” It was a different era to be sure, but that language doesn’t age well.

Despite being rough around the edges on every surface, “The Lost Demos” has some incredibly revelatory moments. The high speed energy of “Ain’t We Funkin Now” and the minimalistic Jinx production show Del is among “the best in the West” and “in the East with a beast” even at this age. The story telling rap of “Smoked Out Charlie” sounds like a lost track from “I Wish My Brother” and seems to have survived the best out of all of the demo tapes. There are less audio issues and the flow is very close to that heard on Del classics like “Mistadobalina” and “Sleeping on My Couch.” If there was only one reason to own this pre-order, this would be it.

Unfortunately things peter out at the end of “The Lost Demos” on “Duck Season,” which is certainly humorous because of Del’s flow and the Looney Tunes samples embedded in it, but once again the audio is completely blown out to the point it’s hard to listen to. I did mention “grading on a curve” earlier though so I’m going to leave you on this note — if you could buy this today and it was reasonably priced (say $4.99) I’d cop it in a heartbeat especially if you’re a Del fan. If someone could go back in and really clean up the audio, perhaps even find original studio tapes that are in much better condition, it would easily be worth twice that.