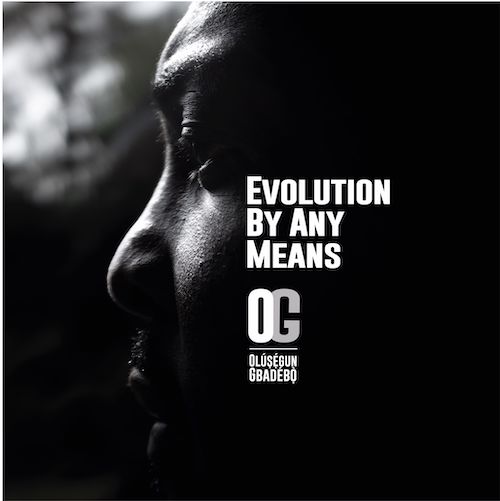 Evolution By Any Means

OG the Story :: Evolution By Any Means

Idris Elba, Chiwetal Ejiofor, Samson Idris. All Black actors of English descent who excel at playing American roles convincingly. And as intrigued as we are by their ability, it’s easy to forget that England isn’t the only part of the UK or Europe that’s a home to a talented bunch who are part of the African diaspora. Ireland also serves as this and, much like their neighboring country, it’s a home for burgeoning hip-hop artists. OG the Story from Dublin is one such artist. Despite taking a hiatus from the music business, the Dublin emcee has returned with a solo EP and renewed determination. A former member of the Irish hip hop and Afrobeats collective known as the Millaz, the title of “Evolution By Any Means” has a determination to it. A determination which, in this dreadful year of our Lord, 2020, requires much necessity.

The production on this EP isn’t raw, but it’s not exactly polished either. For lack of a better expression, it feels like adult contemporary, as do the lyrics. They’re introspective and biographical, so OG doesn’t try to “WOW!” listeners with any lyrical feats. He just has messages which listeners can extrapolate from his raps. Additionally, the wordplay isn’t out-of-this-world, but it’s not simple either. Take “Balance”, for example. The production is dark and atmospheric, but the poetic wordplay in describing the song’s balancing act isn’t bad. “The God in me knows exactly where the Devil is / Catch-22: The exit is where the entrance is.”

The 7-track EP has three features, the first of which is on “New Rules”, featuring Slick Bullet. Over piano-driven production, there’s an autotune-sounding bridge/hook that sings “If you ain’t movin’ forward, please step aside.” The EP’s sole single “Irish Resident” has an interesting dichotomy to it which is summed up in the line “Irish Resident/African Indigent.” The song’s production is an urban-synth combo which OG uses to talk about growing up a Nigerian immigrant in Ireland:

There’s a “knowledge of self” theme that permeates the EP. On “I Swear”, defending the constitution of one’s self is what OG considers paramount. He preaches self-loyalty over soulful production with a female crooning throughout the background. “Six Sides”, featuring Lolo, is disappointing. There’s an early crescendo which builds up until the beat drops, which is underwhelming in comparison. The braggadocious, but autobiographical track “Mr. Marvellous” contains drum snares which have a genuine boom-bap sound to them unlike the rest of the production. There’s also some tongue-in-cheek censoring of profanity in the track as well. “Sing For Them” featuring Niesha closes off the EP. It’s a dedication of sorts, to those like him, especially the younger Black males who are practically an endangered species.

This isn’t gangsta rap, punchline rap, Five-Percenter rap, or any kind of rap that can be considered a gimmick. OG the Story is just an emcee that wants to tell his story. Earlier, I called his style of music “adult contemporary”. Given the EP’s title of “Evolution By Any Means,” perhaps he also considers his style an evolution from the aforementioned rap styles.