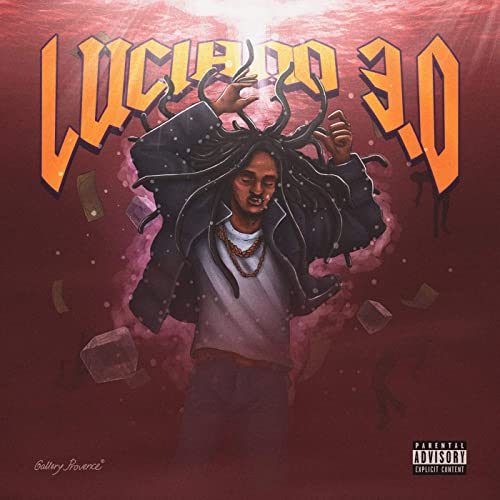 Our latest “Lil” rapper is one with surprisingly little publicly available information in easy to access places. From what I can glean off various third party websites, he’s a rapper from Maryland in his 20’s who went from a Soundcloud following in 2017 to viral status a year later thanks to songs like “Hot Boys” and “Everywhere I Go.” If you’re looking for an actual music video representing his 2018 album “Luciano 3.0” though neither of those songs are on it — you’ll be watching “Internet” instead. The irony of a rapper who you can’t find anything about on the internet having a music video called “Internet” isn’t lost on me.

As with so many artists these days I ultimately came across his Instagram page and most of what I found up to that point checks out, which is probably where the sites who wrote bios for him scraped their info from. The only thing that’s not clear is if the label Double Back Gang is his own imprint or a subsidiary of a larger publisher, but since the IG declares him to be INDEPENDENT in all caps I’ll go with the former over the latter. “Luciano 3.0” is a very short album that clocks in slightly over 25 minutes, with most songs averaging between 1-2 minutes. “Gang” is as big as anything here gets at 2:15 total.

The “Dude” abides here when it comes to his delivery. In other words he’s probably drank three or four White Russians and smoked three or four joints before stepping in the recording booth. He’s very relaxed — just like you’ll be at scr888. Despite some interesting brag lines like “I’m the professor and I’m giving out tests” the unenthusiastic delivery nearly kills the value that his bars would have. That doesn’t make it any less funny that he does a rap to the intro music from “Rick & Morty” on “Luciano & Morty” though. I can’t tell you if that’s an authorized sample but I hope Justin Roiland doesn’t get mad about it.

There are more positives than negatives to “Luciano 3.0” on the whole, but in saying that I have to qualify the statement quite a bit. I like the fact Lil Dude actually RAPS and doesn’t just AutoTune himself into a R&B artist on every track. That’s pretty unusual in modern times especially for a rapper with “Lil” in his name. I like the fact he appears to have actually put some time into his bars and not just walked into a recording studio to start spitting gibberish while heavily medicated. Perhaps it helps that the songs themselves are short — he’s not overextending himself on what he’s capable of. Like Del the Funky Homosapien once opined, emcees should know their limitations. Within those limits Lil Dude is “aight.” The drawbacks are that the production is average, Dude can barely get the words out at times due to severe lethargy, and being one in a thousand rappers named “Lil” won’t help him stand out. This “Dude” might just make it though.