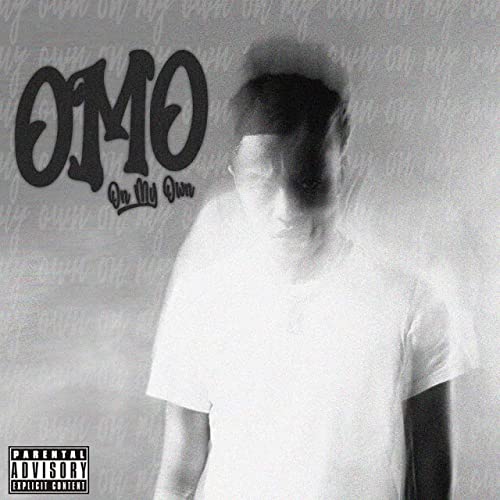 Rap producer BlackMayo first made waves lacing the popular 24kGoldn single “Valentino.” Bloomington, Indiana is probably not the city that comes to mind when you think of rising stars in the hip-hop world, but in an era where people can collaborate virtually (and probably should due to COVID-19) talent can come from just about anywhere. BlackMayo wasn’t destined to stay behind the scenes for long, deciding to apply his talent behind the boards to his own songs for “OMO (On My Own)” on Slaughter Gang Entertainment.

“I thank God for this shit” quips BlackMayo on “Thankful,” managing to be both humble and sacrilegious at the same time. He may be humble before the Lord, but that certainly doesn’t include not swearing, bragging about all his money, or being vain enough to “want that number one spot.” Lest we have a misunderstanding I’m not knocking him for it, I’m just informing you that he shouldn’t be confused with the recently reformed IceJJFish. That’s a good thing too since Fish is a terrible singer, while BlackMayo is an okay singer. He’s not going to be confused with Bobby Brown, but if you AutoTuned both Drake and BlackMayo, there’s a small chance you might not be able to tell them apart. Hell “OMO” even sounds like the name of Drake’s label OVO.

Marketplace confusion might be the best thing BlackMayo has going for him. There’s nothing ostensibly wrong with the bass hits, drum sounds and melodies that he puts together on songs like “Shady.” The downside is that BlackMayo sounds interchangeable with any other rapper he produces. The predominant style of the late 2010’s and early 2020’s makes every rapper who pitch corrects their vocals sound alike. Respectfully BlackMayo isn’t saying anything any of them don’t say either. “You ain’t different from all these bitches, and I can’t fuck with your intentions.”

The best I can say after 12 short tracks (only two exceed three minutes) is that “OMO (On My Own)” is mostly harmless. That’s not to say misogyny and conspicuous consumption are values that don’t need to be promoted — they most certainly aren’t. By “mostly harmless” I’m saying BlackMayo is no better and no worse than his contemporaries, so he’s neither taking things to a new high nor dragging them down to a new low. Unfortunately that also makes this album highly unnecessary. As a producer there’s definitely a place for BlackMayo, although his beats are currently generic pop music material. They’re head nodding but they’re also like trying to remember one piece of popcorn after you ate a whole bag. He could stand out more behind the boards, but he definitely doesn’t stand out in front of them.