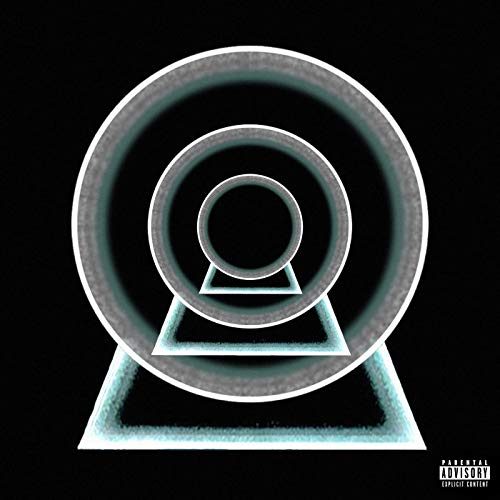 On his last studio album “ZOO” I noted that Russ had risen to major label star status quickly, which given his talent meant “the only danger for Russ is if he lets it go to his head and stagnates artistically”. After that statement I couldn’t NOT review “Shake the Snow Globe” and find out whether or not Mr. Vitale had escaped the trap that befalls so many artists — losing the hunger that fueled their creative drive and made them rise to success. “Civil War” is the album’s lead single and his first chance to prove his appetite hasn’t been dulled.

Russ tends to bounce back and forth between singing and rapping on tracks, but since “singing” has become a dirty word in hip-hop, it should be noted he’s not relying on studio manipulation to electronically enhance or distort his vocals. He genuinely sings and even if he’s not the greatest singer who ever lived it’s an authentic take. Biz Markie did the same in his heyday but part of the appeal was (take no offense Biz) he was caterwauling in a over-the-top and very unpolished manner. Russ doesn’t have a multi-octave range or a deep rich voice that vibrates through your speakers, but he isn’t off key or doing one take for the lolz. He sings from the heart.

“I can spot a fake before they even finish dapping up” notes Russ on “Guess What”, wary of frienemies and villains who pray for his downfall. He’s not above rubbing his wealth in their faces though: “Y’all be with the common folk, I’m at the private terminal”. Perhaps it’s appropriate that Mr. M-M-M-Maybach Music himself Rick Ross has a verse, although this continues a tradition from the prior LP when he guested on “Last Forever”. “Shake the Snow Globe” isn’t swimming in an excess of cameos, but the ones that are there are fitting, such as the track “Asshole” with his day one homey Bugus.

Getting back to cameos for a moment though, Texas rap legend Devin the Dude shares the spotlight for “Foot on the Gas” to drop knowledge like “If you want to stay peaceful, you hang around positive people”. Bia does her best impression of Nicki Minaj or Lil’ Kim on the raunchy “Best on Earth” while Russ unapologetically says that the “head got me wobblin” as Bia brags she’ll “ride that dick ’til I get seasick”. Did I mention softcore porn? Oh yeah there’s a video for this one too. There isn’t one for Benny the Butcher when he comes on for “I Thought You Got Me” but it doesn’t matter – the song can stand on its own without one.

Over the nearly 44 minutes of “Shake the Snow Globe” Russ successfully navigates the landmines that could blow up his career just as he arrived on the national scene. The public is fickle of course. They love to see rappers rise just as much as they love to see them fall. It doesn’t feel like Russ is ignorant of the potential to fail though. Some artists are victims of their inability to shed bad behaviors from before they blew up, but I have yet to hear about Russ getting caught up in the street life. Some let fortune and fame go to their head and think they’re untouchable only to learn that they’re not. Who can say if Russ will make that mistake? Only he knows. What I do know is that despite his major label success he’s still got a finger on the pulse of the grimier underground scene he came up from. Aside from Mr. Ross it’s not overloaded with superstars like a DJ Khaled album and that suits Russ just fine — he’s the star and he should be.