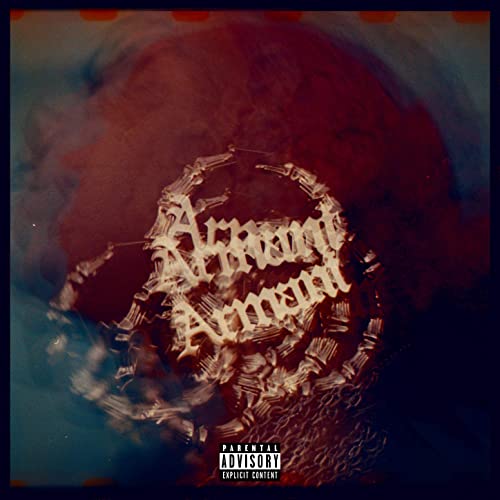 “Fuck, rap! I learned that from Makaveli, baby!”

In an interview with DJ Booth, Los Angeles rapper Jahmed described himself as “a student of hip-hop” who learned “from Bone Thugs to Ice Cube […] then back to Cypress Hill.” It’s odd that the writer (or their editor) changed the spelling to CYPRUS Hill, but I know that Jahmed knows the difference. He’s clearly a student of Tupac Shakur too as evidenced by the song “MAKAVELI” from his “ARMANI” release. All of his songs are (like his album title) in all caps, and the tracks are interspersed with wisdom from Pomona pimp legend Suga Free. Even without the aforementioned interview you’d be able to determine that Jahmed draws from an incredible diversity of rap artists to develop his own personal rap style.

After watching his “WIPE” video I’d add Tyler, the Creator and Zack Fox to his list of influences. The sense of humor reflects the latter while the unabashed use of profanity for shock value clearly imitates the former. It feels like Jahmed uses the word “ho” every other bar, but it comes across as a style as much as actual misogynistic tendencies (although the “WIPE” video definitely walks that line). Jahmed also tends to say “AIYY” a lot instead of “aye,” something he makes fun of in the clip for “GLIMPSE” featuring Freddie Gibbs given how much it sounds like “eye.”

Gibbs might be a little salty about not winning a Rap Grammy in 2021, but he sounds like he’s having fun trading verses with Jahmed on this track. “Having fun” is also a good way to describe “ARMANI” in general. Jahmed sounds like a rapper pleased to be getting a little buzz and linking up with people like Freddie Gibbs and Suga Free. His higher pitched and Cali drawl vocals on songs like “ROADBLOCK” tend toward Free, but his neo-Cali rap bars reminds me of Kendrick Lamar. The song is a metaphor for how Jahmed plans to break through figuratively and literally in the music business, while Suga Free vows in the outro “after me there ain’t gonna be no more of this shit.” That’s also intentionally or accidentally a metaphor for Jahmed’s album as it’s the finale if played sequentially.

As a newcomer to Jahmed (evidenced by the fact I needed to find an interview with him just to learn about him) I’m pleased that “ARMANI” shows a young rapper hitting his stride. If I had to pinpoint a concern it would be that I hear individual references he makes that I like, but it’s the rap equivalent of “name dropping.” I’d like to see him start from the baseline he established here and develop it even further. He can already flow fluidly, but what’s he going to say with each breath to be a star? Will he drop memorable tales, great punchlines, tracks with catchy hooks, or a combination of all of the above? It’s not just about having the talent, it’s what you do with it once you’ve proved you have it. He’s on his way.