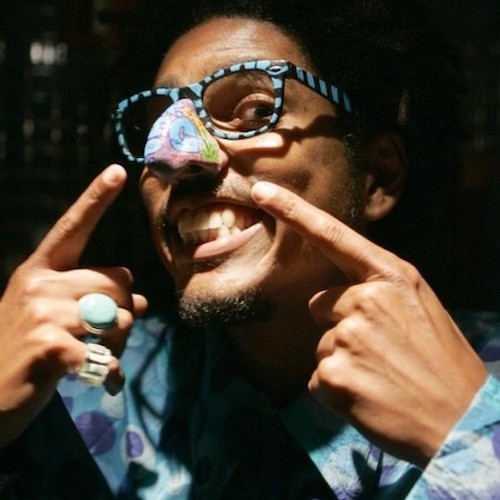 April 2021 is turning into one of the most awful months in recent memory. We lost DMX on April 9th, Black Rob on April 17th, and just five days later we learned that Digital Underground founding member and lead vocalist Gregory Edward Jacobs passed away at 57 years old. Jacobs was well known to hip-hop fans as both the more subdued Shock G, and his colorful and exuberant alter ego Humpty Hump, a transformation he could make with ease just by putting on an oversized nose and a pair of glasses. He was so convincing in this guise that a friend of mine in high school argued with me that they were two different people. No joke. (No nose job.)

The fact that I’m 46 years old and I’m talking about listening to Digital Underground in HIGH SCHOOL should tell you just how long I’ve been riding with the “Sound of the Underground.” To this day “Sex Packets” is still a classic in my eyes, and I’d defy you to find a rap fan of the same age who didn’t have “Alright stop what you’re doin’, because I’m about to ruin, the image and the style that you’re used to” burned into their brain with a branding iron. “The Humpty Dance” will never ever die.

I won’t be the first or the last person to say this but it’s absolutely true — without Shock G there’s no 2Pac. He got his start in hip-hop as a member of Digital Underground, was featured prominently on their hit “Same Song,” and Shock G produced and featured on his breakthrough single “I Get Around.” There’s a dozen other artists who could tell similar stories of how Shock G laced their tracks, gave them a shot on a record or on tour, and helped to pass on D.U.’s success to the next generation of rap artists.

Digital Underground co-founder Chopmaster J was the first to break the news on social media, and Jacobs’ father confirmed to TMZ that he was found dead in a Tampa, Florida hotel room on April 22nd. No cause of death has been announced and may not be determined for quite some time until an autopsy has been performed (if that’s what his family wants). Our condolences to all of those affected, including many millions of Digital Underground fans all around the world, a category I absolutely include myself in and always will. My heart is broken by so many deaths in hip-hop in such a short span of time, but we can take some solace in the large catalogue of music they each left behind. Rest In Power Shock G.