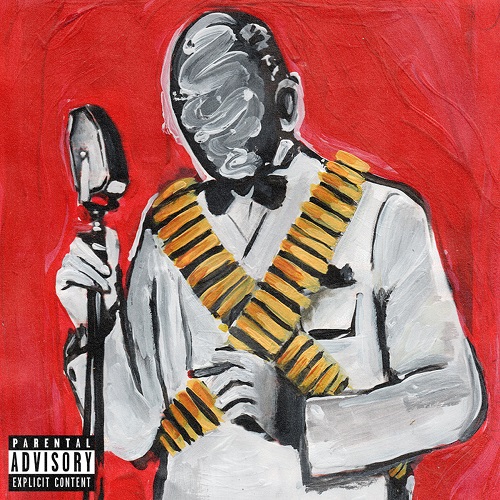 Not so long ago, if you’d asked me if I had heard of Estee Nack, I would have recalled the dreadlocked dude who would slip in and out of melodic Bucktown flows, spiritual-scientific lyricism and Jamaican toasting on the “Golden Era Music Sciences” album by 7 G.E.M.S., a conference between Massachusetts-based Tragic Allies and Queensbridge godfather Tragedy Khadafi.

Since then Estee Nack has blazed a trail through studios, beginning with the quasi-solo album “14 Forms: The Book of Estee”, still on traditionalist Ill Adrenaline Records, and then, with still greater frequency, blending into this new brand of cultured street rap that dresses up artistically with Latin phrases, antique references, Christian iconography, painting collages and what not. S.T.’s productivity was considerably fueled by the nine projects he released with Al.divino, but there have been a number of other collaborations, such as the spring 2020 release “Baladas” with Germany-based producer Superior.

Both men have a background in Spanish as native speakers, which validates the project’s title and vocal samples. Nack’s Dominican roots shine through early on “SAMMYSOSACLEANCOCA (INTRO)”, notable for the fact that the loose opening sentences subtly segue into real bars. Writing rhymes comes easy to the MC whose record on industry releases goes back at least 15 years. In fact, rhymes come more easily to him than content does.

The Estee Nack of “Baladas” is your typical street renegade who languishes in standard battle mode. Brashness makes up a big part of his style, and when you get to “TELLTHETRUTHANDSHAMETHEDEVIL”, you have to take random boasts N.O.R.E. would have made on a bad day (“Had a dream that I was fuckin’ Drew Barrymore”) and half-baked bluffs that come with a lifelong admiration for Kool G Rap (“I put out the fire in your camping ground”). In short, individual lines are hit-or-miss, the overall impression of the bars is bland.

Like many before him, Estee Nack delivers underground rap that wavers between material wants and spiritual needs. It’s also par for the course that the food for thought is shared more sparingly while the earthly possessions come to the fore. It’s the sheer randomness of it all (and really all of it) that kills any higher aspirations of a project like this one. Clarity of thought is invaluable in a rationalizing genre like rap, and Nack’s claims of a “righteous fire” or to be “one of the illest muthafuckas that’s breathin'” grasp at nothing.

Taken by themselves, but more so in combination with Superior’s melodic (sometimes drum-free) beats, there’s a meditative and poetic quality to the raps on “Baladas”, resulting in atmospheric street rap. It just lacks the hues that render the genre interesting. Invincibility itself gets boring quickly. Just as boring would be to name rap acts with a street edge from the past who actually had something to say, but mentally this type of replica street rap feels like the opposite of progress for rap music in general and Estee Nack personally. Our publication once anticipated “some excellent future releases that stretch beyond the standard East Coast Hip-Hop antics” from Estee Nack. I guess that wish came true in regards to what a label like Ill Adrenaline stood for, but unfortunately “Baladas” doesn’t stray far from today’s standard East Coast hip-hop antics either.