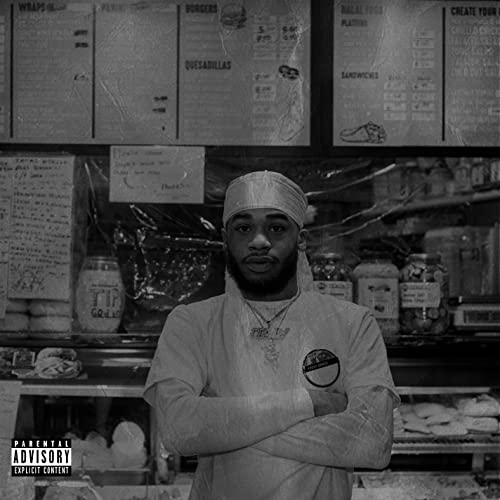 Two years ago Honorable C.N.O.T.E. produced a minor hit for an up-and-coming Manhattan rapper named Leeky Bandz called “Picasso.” I can’t say whether or not having Gunna feature on the song made it any hotter — I suspect it would have gotten the same amount of traction either way. Bandz had to be happy with the exposure the song and accompanying video got for him given he was only 17 years old at the time.

Things have been relatively quiet since “Picasso” until the release of “Life After Future” in 2021. I’ve been trying to puzzle out whether or not the album’s title is a shot at Nayvadius Wilburn or not. As far as I can tell he’s never been signed to Future’s Freebandz imprint, either under this name or his alternate rap name of Lil Italy. There are sure a lot of coincidences here though. A rapper named “Bandz” calling an album “Life After Future” is hard to read any other way. The thing is I’m not hearing anything on Leeky’s album that actually sounds like he’s dissing Future at all.

If you want to stretch the meaning of the title to the breaking point, you could argue he’s the NEW Future, given that songs like “Sleepin” featuring YoungBoy Never Broke Again sound LIKE Future. That’s where the words AFTER FUTURE fail to make sense though. How can you come after Future when you’re singing pitch corrected tunes that sound exactly like him? Aside from not having the Georgian accent and raspier voice, they’re pretty much interchangeable musically on songs like “NOMORE.” Blindfolded and inebriated I have no problem believing someone could confuse the two listening for a few seconds. It’s only after extended listening it becomes obvious Wilburn does this style better by comparison.

If you’re trying to be fair to Leeky Bandz you want to assume “Life After Future” is a marketing gimmick imposed upon him by Atlantic Records. You don’t want to say you’re better than somebody you’re not, or appear to be calling out somebody as “the past” when you’re doing nothing in the present that would make YOU the “Future” of rap. I do want to be that fair. I want the young man to succeed at all his goals in life. Judging by the amount of bling in the “UHUH” video with MoneyMarr, you’d have to believe he’s already gotten major paper through his record deal, which during a pandemic induced recession is no minor feat. Hopefully the shoot for said video was a closed set with plenty of COVID-19 testing ahead of time.

I can only be fair to a point. Tracks like “Confetti” and “When I Was Young” (bro you still ARE young) don’t put forward anything exciting or innovative to make Leeky Bandz stand out from the pack. Coming in at under a half hour in length for ten tracks, “Life After Future” isn’t very filling even if you wanted to dine on generic AutoTune rap music for a little while. It’s barely an appetizer. Please tell Atlantic to reconsider their marketing strategy young man, because if you want to replace Nayvadius Wilburn, you’ve got to at least be on his level musically first. This album is what an AI algorithm would generate if it was programmed with nothing but Future’s music.