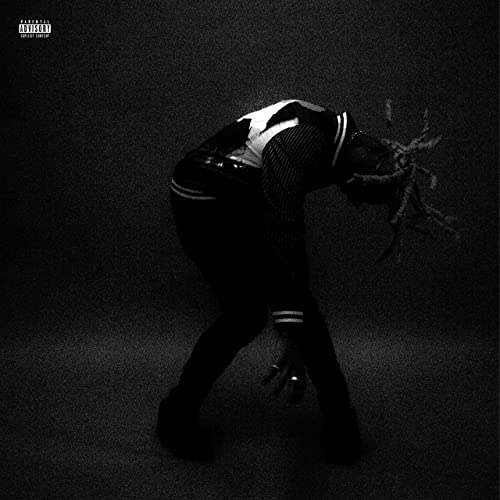 TyFontaine’s honesty on “Dummy” caught my attention, even if it was only for a fleeting second. “Six hundred dollars in my muh’fucking cup, and I know it’s fucking up my health.” If you’re drinking that much expensive alcohol (or lean) it’s also not good for your wallet, but given the wads of cash he’s flashing in his video he’s not concerned about it. We all know that music videos are just another promotional tool for an artist though, and you don’t see too many today with a young rapper wearing bummy clothes or trying to scrape together enough money for a cheap tall can. Even if the success is only an illusion the constraints of “fake it until you make it” forces almost every new artist to flaunt for their potential fans.

The lead single of “Ascension” may be formulaic by design, but a whole album gives us the chance to find out if TyFontaine is more than the chemical composition of his hit. Song titles like “Right My Wrongs” gave me hope that he had more to say, but 15 seconds into the song he pumps the breaks and says “I can’t right my wrongs,” and that’s the hook for the track. Ty tries to convince us that he “already done it” but his insistence on living a baller is far from apologetic. It’s all about his guns, his bad bitches, and how much he’s winning — there are no fucks given here. “I Can’t Feel My Face” is more like what Ty is like in both title and in deed. With a delivery that’s a dead ringer for Lil Tunechi, Ty lets us know how loaded he is while continuing to swallow down more ecstasy.

There’s an impressive lack of depth to songs like “RIP WHITNEY.” Without knowing Ty’s exact age, I would still guess he was no more than a teenager when Whitney Houston passed away, and it’s obvious that she wasn’t a touchstone for him in any way. The song title only references the samples used and reflects nothing about her, unless by the sheer accident of him consuming a level of drugs and alcohol that his fate could be as tragic. This is one where I’m going to give Ty the benefit of the doubt and say he’s not that crass. The reason I’m certain of that is “White Girl Benjamins” is as deep as he ever gets. “Still not a role model/still going full throttle in this bitch.” Deep? No, I meant shallow. We are less than an inch below the surface of his image, to the point where the image he portrays may in fact be all that TyFontaine is.

I take every new artist and/or new album as they come with the hope that I’ll discover something interesting, inspiring, or at the very least intriguing. The only “in-” that comes to mind on “Ascension” though is “insipid.” Ty doesn’t do anything I haven’t heard a thousand other pitch corrected rap artists do. He doesn’t say anything I haven’t heard a metric ton of drug fueled musicians say. If he’s living the life he sings about he’s probably headed for a Juice WRLD ending before long, but judging only by what he says on this release, I don’t think he cares too much about that. The highest compliment I can pay Ty is that he knows what the rap formula is for the 2020’s is, and he follows it so convincingly you could actually believe this entire album was created by OpenAI.