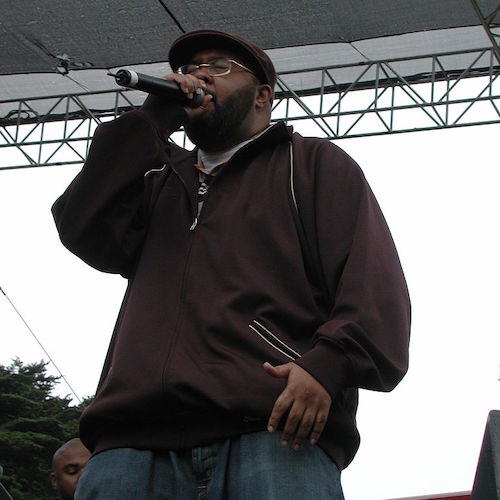 My therapist once told me “The inevitable thing about getting older is that you go to more weddings and more funerals.” The last few years have been a stark reminder of that truth and today’s news that Gift of Gab passed away hammers it home again. Although the story didn’t break until June 25th, he actually passed away from natural causes a week earlier on June 18, 2021. It doesn’t shock me as much as Daniel Dumile’s passing did when it was announced two months after he left the mortal plane, but that’s only because I knew that Gab (real name Timothy Jerome Parker) had been dealing with kidney failure due to Type 1 diabetes for many years. Even though he got a transplant in 2020, he was on borrowed time from that point on. Transplants aren’t necessarily miracles, and you’re on a lot of heavy medications afterward just to avoid organ rejection.

My personal history with Gab goes back to the early 90’s and college radio, when I first discovered him through the song “Swan Lake” and immediately ordered a copy of the “Melodica” EP on vinyl . I still have it in the crates. The production of Chief Xcel and the lyricism of Gab made an indelible impression that stuck with me ever since, and their 1999 follow up “Nia” is still one of my all time favorite albums — a perfect 10 out of 10. He was a founding member of the Solesides Records crew that later morphed into Quannum Projects, and at every turn I found the expanding family innovating and creating great shit. Were it not for Gab would I have ever heard of or been into equally dope rappers like Lyrics Born? Nope.

It never gets any easier to write these kind of tributes to important figures in hip hop music and culture, but it’s just as important to tell the world what they meant to us. I know I’m not the only person who was moved by Gab’s music and message, who smiled when the songs lifted us up out of a dark place, or who marveled at the incredible intelligence and tongue dexterity he displayed on signature songs like “Alphabet Aerobics.” It was this song that gained him broadstream recognition as Bleacher Report had him redo the concept on their behalf with a dope sports oriented take.

On behalf of the entire RapReviews.com family my heart goes out to his fans, family and friends who are grieving his loss right now. I’d also like to add that I understand the news not breaking for a week, because that gave those closest to him the chance to grieve privately before dealing with the outpouring that comes from those who didn’t know him personally. Let’s listen to some of his greatest works today and in the future to remember him and pour one out in his memory whenever we have the chance. Timothy Jerome Parker, may you Rest In Power, gone but not forgotten.