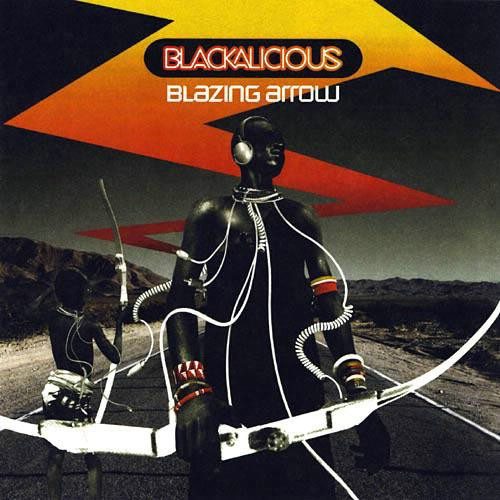 I can’t help but admit I was shocked to hear that Blackalicious was joining the uber-l33t hip-hop collective of artists known as Nia” LP two years ago would be tantamount to artistic suicide. I love the Okayplayer artists like they were fam, but Blackalicious is not Common Sense, D’Angelo, or The Roots. They have a distinctly quirky California style and sound that really doesn’t match with the Philly and East coast centric vibe 95% of Okayplayer artists exude, uber-producer ?uestlove in particular.

Thankfully the ‘Players took a hands off approach to this new album, and Chief Xcel produces or co-produces every track on “Blazing Arrow” except for “Chemical Calisthenics,” a zany display of multiple flow styles and breath control techniques fused with the DJ sounds and tricks of Cut Chemist. Given how dope this is, you can forgive Xcel’s absence; especially when you hear songs he held down for delf like the “Aural Pleasure” that immediately follows. Here is where the Okayplayer influence is felt and welcomed, as the sublime Jaguar Wright adds her sung vocals to the smooth grooves and dope-ass rhymes. It can also be found on the hypnotic “Passion” immediately afterward, where Xcel does a surprisingly good imitation of a Dilated Peoples’ beat while Rakka Iriscience provides guest lyrics par excellance.

As you might have already guessed, it’s hard for me to maintain objectivity about Blackalicious, and since I gave their last album a perfect 10 I won’t even make any pretenses that I can. If I had any doubts about their ability to stay dope though hearing Gift of Gab do a duet with GIL SCOTT-HERON on “First in Flight” completely erased them. There are so many highlights on this 17 track album it’s hard to list them all, but “4000 Miles” featuring Chali 2NA (Jurassic 5) and Lateef, the ?uestlove co- produced “Nowhere Fast” and the silky vocals of Keke Wyatt on the Lateef and Gab duet “It’s Going Down” should definitely be on the list. If you didn’t already know Gab’s steeze by now, here’s a small taste from that song:

“Well it’s the microphone ripper, party-rockin Gift of Gab
I hit the scene, lift you on my beam
and send you through my high plains mind-train shiftin through your migraines
Fit with data hit with patterns get you twisted sideways”

The only reason I can’t quote more is because he trades off with Lateef:

“And I’m the head honcho, sport golden tonsils
Inventin new styles all the time like pronto!
Four by four, runnin over suckers like a Bronco
Haters say the lyrics ain’t Gonzo but they raw doe”

Yes, they are. For a hit of the raw uncut hip-hop that’s all about flowing with impeccable ability and writing of the highest caliber, Blackalicious is where it’s at. Gab is to the West coast what Pharoahe Monch is to the East, and with Xcel’s beats he just can’t be beat.