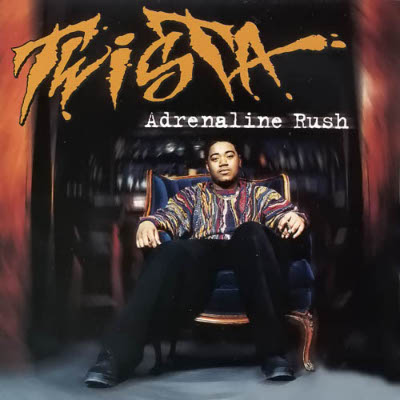 Each section of the United States has a distinct sound that often makes it easy to identify the region that a particular artist comes from. Of course, there are excepetions to every rule, but Twista is not one of them (at least in this case). From hearing his triple cadence rhyme schemes cat quick delivery, one will likely make the (correct) assumption that Twista represents the midwest. Not only does the Chitown’s most legit baller personify the style of his sector, he damn near writes the book on how to execute it.

The main thing that seperates Twista from the rest of the pack is his remarkable combination of speed and clarity; I’ve never heard an MC spit this fast and still be so clear that the listener can understand every word he says. So while Twista may not delve into the most diverse or complex subject matter, he proves the phrase “it’s not just what you say but how you say it” to be true.

This album basically has two real faults. One, Twista’s mic skills glaze over the fact that he doesn’t have anything new and interesting to say, and he doesn’t have the lyrical ability to make common subjects extremely dopeTwo, the album is saturated with guest spots by wack rappers. The first song, the title track, illustrates both of thse faults. Not only do Yungbuck’s lyrics suck, so does everything about him. And Twista’s lyrics are dope compared to the rest:

“What can I say to make you see how the fuck I feel
To make me wanna jump over the edge
I’m charged off of suckers getting shot up on the ledge
In pain, instead of ‘caine I took a blunt off to the head”

Not wack, but nothing special. Twista’s topics relate to the stereotypical gangsta rap topics: guns, drugs, and sex. Example: Korrupt World is a dope track, nice beat, nice flow, but it doesn’t go above and beyond lyrically. “Emotions” is a track about the ladies. Exactly like the aformentioned song, it is tight, but nothing NEW. Once again, the only thing seperating this from any other track about the same topic is Twista’s natural abilities. “Mobstas Anthem” flips the same sample used on Dre’s “Nuthin’ But A ‘G’ Thang”, and is the only song that features Twista’s crew that is not brought down by them. This is a definite banger, a perfect song to ride and smoke to.

The best track on the album may be “Unsolved Mystery”, in which Twista examines the lack of concern given to murder victims in the ghetto, and how that is taken advantage of by people involved in conflicts. The ominous piano-based beat and on point lyrics take it to a level above most of the songs on here. Another excellent track is “Overdose”; it’s fairly typical gangsta fare but the beat is ill and Twista sounds perfect over it.

Overall, this album is well packaged entertainment. The weaknesses are glossed over by phat beats and Twista’s abundant skills. Twista may not be Kool G Rap or Nas, in that he can’t take an everyday topic and make a lyrical masterpiece out of it, but he CAN take an everyday topic with everyday lyrics and present it in such a way that it sounds much better than it would coming from most other rappers. Compared to his contemporaries such as Do Or Die and Cap One who are trying to flip this style, Twista goes above and beyond their skill levels to deliver a product that, while not perfect, is very good in its own right. If you are a fan of the midwest style that was brought into the spotlight by Bone Thugs-N-Harmony, you will love Twista; even if you aren’t you’ll probably still like him. He has THAT much talent. If you’re looking for some gangsta shit to smoke and chill to that’s a cut above the norm, cop Adrenaline Rush. You won’t be disappointed.