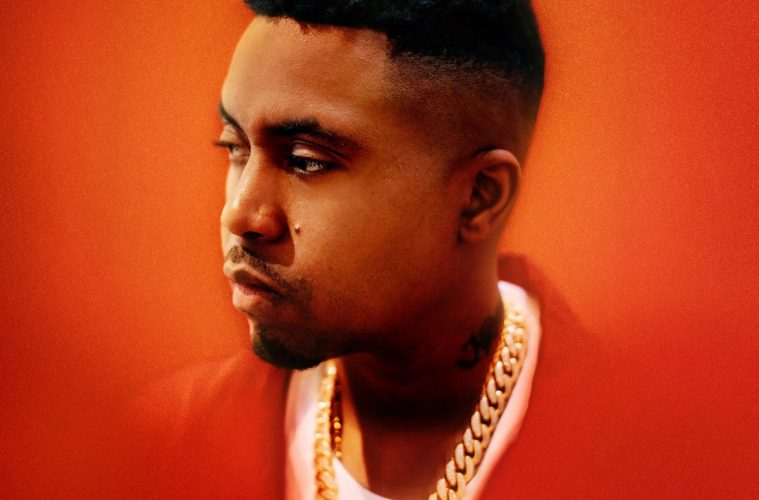 In the history of hip hop, Nas is the artist that comes with the most baggage. Every album has had its own story behind it, whether it be “Illmatic“’s purity and still-studied raps, “It Was Written“’s divisive production (particularly at the time), or the feeling of a reawakened giant on “Stillmatic” still only at the age of 28. The headline-grabbing “Untitled” album, the feather-ruffling declaration that “Hip Hop Is Dead” or the random (yet successful) collaboration with Damian Marley on “Distant Relatives“. It’s one of the most interesting catalogs in music and one that continues to capture casual fans’ attention and the hardcore underground audience too. Few emcees manage this, particularly thirty years after they debut.

Nas, the emcee, has rarely faltered from a lyrical standpoint and his iconic vocal presence is the perfect blend of street-weathered veteran and educated poet. He’s always sounded wise beyond his years. The decades-deep criticism of Nas has always been around his production choices: “Nastradamus” leaned too far into the soulless commercial style of its time, “The Lost Tapes” is some of Nas’ best work yet it was left on the cutting room floor and as good as “Untitled” was, it felt underwhelming compared with the preceding “The N***** Tape” with Green Lantern. This careful balance between commercial success and streetwise poet almost defines Nas’ career just as much as it defines the story of hip hop. Nas is hip hop. For many fans, defending Nas can feel like you’re defending hip hop. Nas is New York. Nas is tradition. Nas is a lot of things, and for many, he’ll always be the king.

Calling an album “King’s Disease” acknowledges the reputation he holds while also toying with the idea of being an elder authority figure in the rap game. King’s disease is literally gout, not a pleasant illness that leaves you with swollen feet and joints. It’s usually from a poor diet, or in a king’s case, overindulgence in food and alcohol whilst festering on a throne. This is what Nas alludes to – his album last year had a focus and energy that felt like a reaction to any suspected complacency. It was an undoubted success, although I’ll note that I personally haven’t enjoyed the last few Nas records like I did his earlier work. Last year’s “King’s Disease” had its moments but for that to be the Grammy-winning album in his discography, is like when Scorsese won his Oscar for The Departed. He’s made far better work. That said, it was an improvement upon the poor “Nasir” and disappointing “The Lost Tapes 2”.

“King’s Disease II” sees Nas reprise his relationship with California producer Hit-Boy, who has produced for everyone from Ariana Grande to Eminem. If anyone’s a hot name behind the boards right now, Hit-Boy is. That being said, his style lacks the distinct identity of previous trendsetters like DJ Mustard and that’s something I felt on the first “King’s Disease” as well as the Benny the Butcher project “Burden of Proof”. “That sounds like a Hit-Boy beat” could mean anything. What Hit-Boy does have with Nas is a degree of chemistry that we used to see from Salaam Remi or L.E.S.. There were signs of this on the first “King’s Disease” with songs like “Blue Benz” and Firm reunion “Full Circle”.

Firstly, this album is Nas’ best work since 2012’s “Life is Good”. Songs like “The Pressure” feel so right – the perfect blend of modern production that’s not overbearing, or overcooked, it’s the correct backdrop for Nas’ musings. Another example of this chemistry is “Rare”, with Nas even adopting a Jay-Z flow that while initially jarring, works well with the beat.

The beat-switch allows Nas to flex his muscles and also backs up Hit-Boy’s versatile style. “Death Row East” has a Quik-like bounce which works well with Nas recalling plans for Death Row East and the furore around Suge Knight and 2-Pac. There are a few gems in the verses that you might usually find in a Drink Champs conversation. Nothing is phoned in, yet these aren’t just hot lines, but hot songs. My favourite verse at the moment is on “Store Run”:

“My thumb struck a lot of lighters, pulled a lot of all-nighters
Banned from some after-hours spots
My crew would choose violence, move in silence
Who knew I’d grew to build an empire?
Streets had me against the ropes, would’ve thought I was ziplining
TECs in the dresser, money off tech, pushing a Tesla
Rolled up a fresh one, it’s one IPO to the next one
Rich from corporate or thuggin’, expensive mistakes
It’s all a racket, it’s the same thing, just the risk that you take
Moving too fast, blues on your ass
The boys came through with the task
Peep through the blinds, you knew it was curtains
Breadwinner take a L, leave the whole family hurting
Seen it a million times, sister washed him out with the verdict“

There are nuggets scattered throughout tracks giving brief moments of unexpected honesty. The admittance to steering clear of guest verses on “Moments” (a great example of actual “grown-man rap”), the freedoms and fears of divorced dad dating, and the whole third verse on “My Bible” that reads like a list of quotes to consider getting tattooed. We know who the prophet is, but it’s great to see Nas back and firing on all cylinders, playing up to his God’s son persona.

There are times where Nas actually glides over a beat as he did on 1995’s “Verbal Intercourse”; the first verse to the surprising reunion with Lauryn Hill “Nobody” is just that, and the collaboration is better than perhaps it should be given Lauryn has been inactive for so long. Hit-Boy sliding some Pete Rock-like horns in is perfect fan service but it’s Lauryn’s performance that will inevitably turn heads. She covers a variety of topics ranging from her poor timekeeping, secretive presence, and without causing a stir, is that a little jab at Nicki Minaj at 3:07?

Hit-Boy goes in on “My Bible” with some funky bass work, revealing his LA roots. In fact, as much as I’ve dismissed Hit-Boy in the past for a lack of identity, I realise now that being able to craft any type of dope beat: THAT’S his identity. Hence the name Hit-Boy. Yeah, I’m slow… You’ve even got chopped-up soul samples on “Nas Is Good”, the album-closer.

As much I enjoy “King’s Disease II”, there are still a few iffy decisions. “EPMD 2” is a strange sequel that captures everything wrong with today’s Eminem. Erick Sermon and Parrish Smith provide a welcome trip down memory lane with their back-and-forth rhyming while instilling some thoughts on current affairs – it suits the beat and fits with Nas’ reflective spirit. The Eminem verse feels bolted on from a different track, containing the try-hard Twista approach he’s leaned into too much on recent albums. There are some neat mentions of EPMD records offset by some strangely immature wordplay. Em is as hardcore a fan of classic rap artists as they come so it feels a bit misguided and too much like “look at me and what I can do”.

“YKTV” isn’t my cup of tea, boasting a loud trap beat that goes against the whole Nas brand. It’s a record aimed at a different audience to OG Nas fans, which is fine but is jarring given the smooth, more low-key production on the rest of the album. Similarly, “40 Side” suffers the same fate that a Fat Joe record from 2009 would – shoehorn popular New York artists into a style that doesn’t play to their strengths – in this case, drill.

Aside from these few niggles, this is easily Nas’ best record since 2012’s “Life is Good” and let’s be honest, a pleasant surprise. It’s been fifteen years since Nas controversially declared hip hop dead yet here we are. We have lost a number of greats in recent months: MF Doom, DMX, Gift of Gab et al. A really good Nas album is a welcome reminder to everyone not to take the greats for granted. Nas is still AT it. He’s STILLmatic.