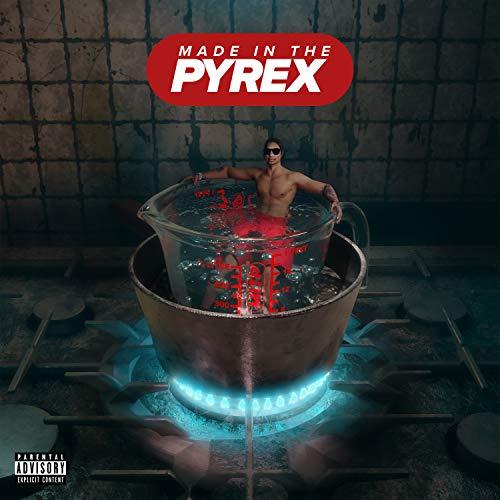 Made in the Pyrex

Digga D :: Made in the Pyrex

We have covered Grime in recent weeks, but Drill is definitely the more popular offshoot of Hip-Hop in the UK. Artists like Unknown T, 67 and Section Boyz have all flirted with the pop charts in recent years, with Russ Williams and Tion Wayne’s “Body” being the first drill record to reach #1 on the UK Singles Chart. Hell, even Drake famously cited UK Drill as a key influence on his 2018 album “Scorpion”.

UK Drill was initially similar to the Chicago original but in recent years there’s definitely been an increasingly British feel to the scene that it perhaps lacked. To the untrained ear, UK Drill does sound like Grime, but there are two key differences: there’s a slower style to both the beats and the flows, and the sound is drenched in heavy bass and dark, imposing lyrics. So who is Digga D? Well, Digga is probably the hottest thing in Drill at the moment and this project from a seemingly niche genre ended up reaching #3 on the UK Album Chart.

Digga is only 20 but has found himself thrust into the spotlight thanks to tastemakers like GRM Daily and Complex racking up millions of views on his tracks. A track that benefited further from social media popularity is “Chingy (It’s Whatever)” which frequently appeared as the music behind dance clips on TikTok. It’s understandable, as the hook is really catchy and a modern take on Redman’s “Whateva Man” as far as the mood. Oh we’re in a global pandemic? It’s whatever…

You know you feel old when one-hit wonders like Chingy are cited by emcees, although to be fair, that was eighteen years ago when “Right Thurr” dropped. EIGHTEEN. What’s evident from the first few songs on “Made in the Pyrex” is that if Nicki Minaj’s trademark is her engineered stutter, Digga’s is his self-silencing sound effect and random vocal tics. Some of his bars stop short with the track rolling back, almost as if to snatch the rhyme away from the listener. It’s not common but certainly seems to be his “thing”. Current wavemaker AJ Tracey guests on “Bringing It Back” and his refined flow highlights how Digga is still developing his.

Digga throws numerous adlibs and sound effects all over the shop that lend it all a wild, scattershot feel that replicates the gang lifestyle. “Bluuwuu” teeters on irritating and “No Chorus” with M1llionz leans too much into playful throwaway verse territory. The chorus not being a chorus (but actually is a chorus) gimmick was done better by the Demigodz (“The Hook”) or more memorably Jay-Z (“No Hook”).

There’s an odd fascination with not cutting his fingernails throughout the album – it’s unclear if this is cocaine-related or just a strange personal preference. Either way, it’s a weird flex. The use of child-like sound effects on “Woi” and “Bluuwuu” will likely divide older listeners – I can’t see anyone over 30 joining in on “Woi”. “My Brucky” has classic 50 Cent energy although Digga lacks the affable charm of Fiddy for this to extend any further than a tough homage to the gun. Given Digga is so young, it hits home harder that much of his content is driven by street themes and the gang member lifestyle.

“Toxic” flirts with the idea of something more than just an attack on sexually promiscuous women but inevitably accepts that one should enjoy them while you can. Live fast and die young is certainly an ideology that Drill music embraces, and “Gun Man Sound” while derivative, is one of the most effective Digga D songs thanks to the M.O.P.-like sound effects working well.

“Made in the Pyrex” is the best and worst of UK drill and probably a record for those that really enjoy this style. It doesn’t play up to pop sentiments or compromise in any way, something that means I’m unsure if Digga will truly crossover like Aitch (in the UK) or Giggs (worldwide). Digga has the attributes to solidify his status and create something memorable – fingers crossed he channels that talent into his music and develops his unique traits further.