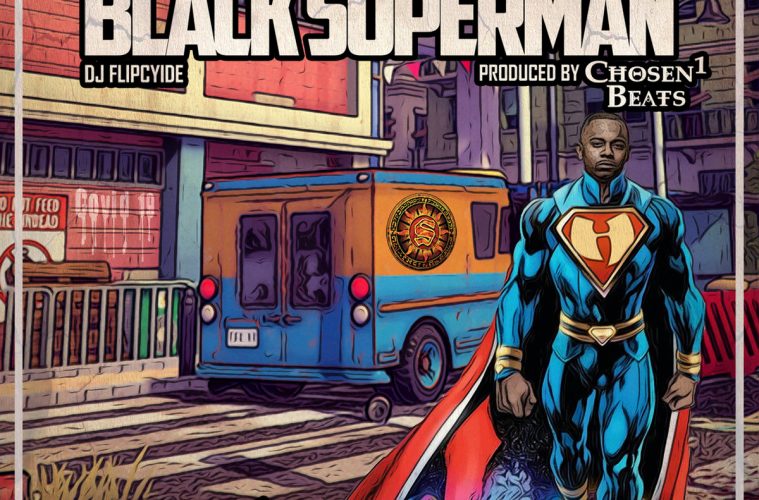 Earlier this year, a question was presented as to whether a Black man could replace Captain America. There have been questions posed over the years about what would happen if a person of Black descent would serve as substitute in a role traditionally filled by someone White. Iron Man, Thor, and James Bond have all had that hypothetical thrown at them. But Wu-Tang affiliate and Sunz of Man emcee Hell Razah has given us one via his latest album/mixtape: “The Black Superman”. While it may sound oxymoronic to some, it’s certainly not impossible for such a concept to exist. Produced entirely by Chosen1 Beats, the music is interspersed with movie dialogue snippets and built from obscure samples.

One thing in common for Wu-Tang member individual albums and those of their affiliates are skits. They’re quite copious with them and serve as either humorous interludes, artistic expressions, or just mere album filler. Hell Razah is no exception and has three, including the album’s introductory track which serves to big him up and announce future projects. DJ Flipcyde is featured on several tracks as well, functioning to provide cuts and in a spoken word capacity as well. “Burn It Down” is the first track and contains one verse over its dusty piano sample-driven beat. On “Holdn On”, Hell Razah spits some wordplay-laden bars over the moody production (“My swag’s on Pluto for wannabe rap heads / the game’s on a respirator, I heard it was half dead”). “Stolen Book” is a head-nodder with its atmospheric snares and boom-bap samples while “Legendary” is marked by its looped old school soul sample that’s reminiscent of a Ghostface Killah track.

Apart from “Popa Wu Intro”, Hell Razah makes use of two other interludes: “Kidz In The Street” which is aimed to keep youth away from crime; and “Wu Family Lineage” which features King Timbo and explains the entire Wu-Tang organizational structure, including where people like Hell Razah fit in. The three tracks in between those two seem to have religious connotations in the titles. On “Jewelz”, he makes several references to Heaven and Jacob’s Ladder (calling it “Razah’s Ladder”). “Spiritual War” has makes explicit reference to angels and the 12 tribes of Israel. ”Angelz V Demonz” explores the dichotomy of the two with its dialogue sample from “The Devil’s Advocate” (1998) giving an assist:

The final four tracks of the album are as follows: “Thugz Salvation”, a loose crime narrative incorporating stream-of-consciousness lyrics (references to Mayans and aliens are made); “Wingz Up, Pac Speaks”, the production of which has 2Pac’s “Keep Your Head Up” written all over it along with sampled 2Pac dialogue; “Thank You” has a pensive somberness about it as Razah shows gratitude for support; while the album closer, “Risen Documentary Director”, features Frank Meyer discussing a fictional docudrama for Razah. On the whole, “The Black Superman” is a solid album in Razah’s catalog, one that shows the depth of an emcee able to perceive the streets from multiple angles.