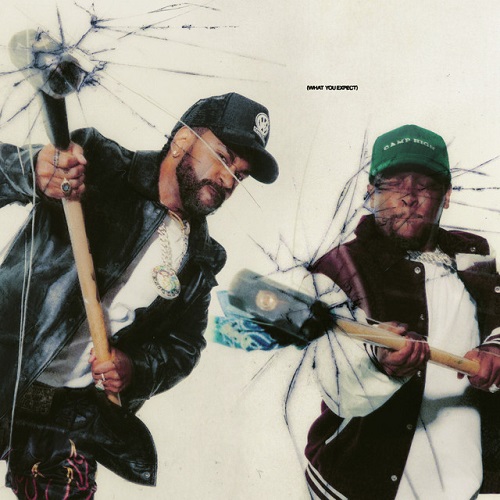 Big Sean & Hit-Boy :: What You Expect

For much of the time Big Sean has been in the rap game it has seemed that despite being only moderately skilled in his craft, he nonetheless has a promising degree of potential. Unfortunately, as the years have passed and multiple opportunities have arisen for the Detroit rapper to truly show his worth as an MC and all-around artist, such as his mixtapes, guest verses, and solo albums, Big Sean has continuously fallen short.

Ideally, however, the accompanying production of Hit-Boy as well as the short and tight nature of this project, could perhaps come with the promise of a more focused, more invigorated performance by Big Sean.

Nevertheless, while this EP may have started out with such promise upon first listen, it unfortunately did not quite go that way and ultimately did little to suggest any growth or progression on the part of Sean. There were a few bright moments as there have often been on Big Sean projects, but it would be difficult to say that they were even nearly enough to emphasize whatever improved capabilities Sean may have.

The EP doesn’t begin this way, however. Instead, “What You Expect” leads off with the heavy-hitting, alarm-sounding track “Chaos”, a fantastic piece of production created by the well-established, mainstay producer Hit-Boy. This beat contains a strong but trim bass, rapid drum hits and an all-around tempo that compliments the flavor of Sean’s delivery quite nicely. In fact, Big Sean comes out swinging on this one. While his lyrics are a bit on the weak side, his flow is killer and he tosses around more than one memorable rhyme scheme. “Chaos” opens this project well and might even give a bit of encouragement to listeners skeptical of what he typically has to offer.

The real issues with this EP come on tracks 2 through 6. In other words, as impressive as the opener is, every track that follows could seriously benefit from a number of improvements.

On the second track, “Into It”, many of the strengths of its predecessor seem to quickly fade away. Bland subject matter and a much less gripping set of raps take the stage as the promise of “Chaos” takes a significant hit.

The same is largely true of the rest of the songs here as Sean raps without any amount of notable technical ability and what comes across as relatively little to say in the way of content. On track 4, “Loyal to a Fault,” for example, Sean simply drops a sequence of run-of-the-mill breakup bars, though in a triumphant tone, that come across in a rather odd and unappealing way. To make the song even less interesting, Sean delivers his raps rather unconvincingly and almost clumsily here in a way that leaves the listener wanting for much more.

This tendency for lackluster material has an all too typical placement on Big Sean projects, and while it seems that his body of work should be improving, that is simply not the case. Even with the production assistance from Hit-Boy, there is little Big Sean seems to be able, or perhaps willing, to do to increase the creativity and raise the skill level of his music.

Hit-Boy is certainly a fine collaborator for any project and most definitely possesses a reputation that precedes him. On “What You Expect,” however, while the big time producer doesn’t exactly disappoint, he does seem to hold back a bit on several tracks.

Whether it be “The One”, “Offense,” or “What a Life”, these instrumentals come across as maybe just a little bit too low-key and occasionally even a little muddied. That is certainly not to suggest that these beats are bad per se, for most of what an experienced beat maker like Hit-Boy does even on his worst day is noticeably better than average. Similar to Big Sean’s efforts, however, after hearing the first track on this EP, it’s difficult to not feel let down by Hit-Boy’s instrumentals on much of the remainder of the project.

On “What You Expect” Big Sean and Hit-Boy deliver a collection of songs that begins with promise and then proceeds to quickly flatten out. Sean makes it increasingly evident that he does not have the capabilities to carry a project, even one containing only six tracks. Hit-Boy undoubtedly helps the situation but even he falls short on the boards to some degree. Overall, “What You Expect” is a disappointment.