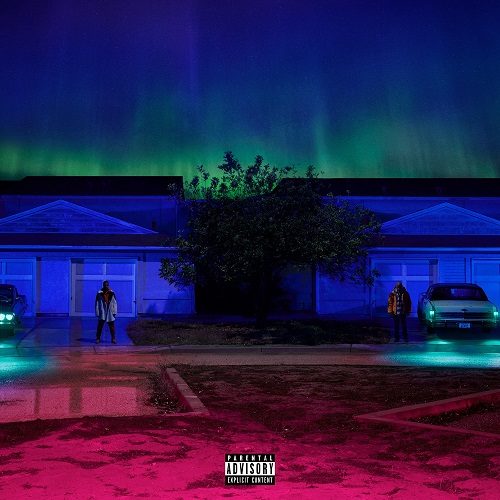 200 years ago philosopher and politician Joseph Marie de Maistre left us with the lasting finding that ‘every nation has the government it deserves’. Not exactly encouraging to people living under a despotic regime, it’s a harsh verdict from a man who was a counter-revolutionary determinated to roll back the French Revolution. A less offensive but still sufficiently sardonic modification of the phrase leveled at our modern times would be ‘Every nation has the celebrities it deserves’. But before we start pointing fingers – you can probably ridicule any people on this earth for its elite in any social sphere. But when the jokes are told and the memes generated, we still have to deal with the influence these figures have on the world we live in.

In regards to a special interest like ours, we should especially be all ears. Applied to the world of rap getting what we deserve would mean that we accept the stars that our genre brings forth – not as our imposed leaders but as a matter of fact that we as a people, not individually but collectively, are responsible for. (Just like they are responsible for us.) Somebody out there supports them, maybe not you, but they are the face of contemporary rap, they represent you and me as rap fans at the highest level. Call me naive, but I’m trying to find ways to deal with rap’s ruling class. Although I kept my emotional investment into most major rap stars of the last years to an absolute minimum, I pay attention to them. I try to get something out of them for me, because I happen to believe that as long as it’s rap there’s something in it for me.

Big Sean is part of hip-hop’s higher hierarchy, a spot the platinum artist and chart topper has to continually defend. Lacking natural vocal charisma and a unique selling point, recently it’s been his strategy to stabilize his work with integrity, inserting a serious note into a genre (mainstream rap) that is built on making everything seem easy. Ever driven by ambitions, it’s just his luck that Big Sean is upstaged by more potent competitors in that particular field as well.

Still he tries and “I Decided.” – like so many contemporary releases – demands to be taken seriously based on the fact that it’s not wholly superficial. After an intro that seems to feature an aged alter ego wondering where all the time went, “Light” sees Sean realizing that he shines from within. While Jeremih lends soulful support, the Detroit rapper preaches resilience in a song that combines spiritual and political language. In 2017, these are not unusual words coming from a mainstream MC: “I took the hand that they gave me and played the Donald Trump card / and realized countin’ money never feel as good as countin’ blessings / and a loaded mind is more dangerous than a loaded weapon.”

These are obvious truths every generation coming of age (or finally growing up at whatever age) has to discover for itself. Still Big Sean has a way of putting the plain and simple even plainer and simpler. “Sacrifices” treats its topic in a very abstract manner, Sean unable to buttress a statement like “I sacrifice for your entertainment” with any concrete evidence or experience. Ironically, the song’s most tangible moment is when he rightfully keeps a respectful distance by admitting, “My great-great-great auntie was a slave / I can only imagine all the sacrifice she made.” “Sunday Morning Jetpack” is more successful at handling the learning experience dossier, simply because it makes a bit of a personal and poetic effort, immediately followed by another likeable mother’s day letter, “Inspire Me.”

As a rapper, Big Sean wears his lyrical sensibility more or less proudly. Unfortunately his bragging rights are rarely ever undisputed. His technique has a strong propensity towards predictable stream-of-consciousness rhyming. Lines stand out for the wrong reasons. On “Moves,” which is exactly as ho-hum as the title suggests, he makes a jerky analogy between him making moves and the motion of a female posterior. Single blunders like that are excusable, but when you consider that Big Sean uses virtually the same analogy for “Bounce Back,” you’ll quickly become suspect of his abilities as a writer. The hit single is nevertheless a catchy and coherent piece of sober meditation with an optimistic outlook, the image he presents of himself surprisingly straight-laced: “Everything I do is righteous / Betting on me is the right risk / Even in a fuckin’ crisis / I’m never on some switchin’ sides s–t.”

“Last night took a L but tonight I bounce back,” goes the song’s memorable tagline, and considering one of Sean’s biggest L’s in the past (at least in the public’s view) was the song “Control,” where Kendrick Lamar famously stole his thunder only to see the song not make the “Hall of Fame” album, the line “Fuck what you know / Nigga, I’m takin’ back control” really comes to the fore. “I Decided.” is not the album to advance Big Sean in rap’s pecking order. In a major miscalculation, he opens “No Favors” with “Everything lined up for the taking / And what I need from ’em, no favors” – just to make way for a typically excessive Eminem verse. Not only is there no substantial reason for Eminem being on that exact song, his presence is the very opposite of receiving no favors, and like it happened with “Control,” the feature can easily backfire. Sean getting creative with his delivery doesn’t get him substantially further. While the flow gets special mention by its owner in “Lights,” Sean’s spasmodic movements on the mic are more of a gimmick than anything else. Another stylistic element run up the flagpole to see if anyone salutes Big Sean as a good rapper.

And so “I Decided.” raises questions, the kind that shouldn’t be left unanswered. What’s the point of the TWENTY88 interlude “Same Time Pt. 1”? Shouldn’t those overmodulated basslines be out of style by now? Why does producer Metro Boomin go for a medieval vibe like it’s 1999 on “Sacrifices”? What’s with the inclination to end relationships by leaving rooms dramatically through non-designated exits (“Jump Out the Window,” “Halfway Off the Balcony”)? Can contemporary popular rappers only convey interpersonal intimacy (“Owe Me,” “Inspire Me”) with the means of Drake?

It’s always easy to criticize those who decide. It’s important to know what went into the decision. Good and pure intentions should be acknowledged, and Big Sean seems to have a few, plus his decisions are nowhere near all wrong. “I Decided.” is a musically often memorable collection of largely relatable content dipped in that essential air of superiority, striking a healthy balance between egoistic and altruistic. In other words, a satisfactory commercial effort. Which also means that’s it’s better than a large chunk of the stuff that doesn’t reach the mainstream.

Donald Trump, who happens to be chief executive of the country Big Sean is a citizen of, likes to decide a lot. Just recently he decided that “NATO is no longer obsolete” (coming back to an earlier decision of his that NATO was obsolete – oh how good it must feel to have reality at your command). But it’s not just officially appointed decision-makers who should be held responsible for their decisions (something that happens rarely enough), we all decide, each and every day, and we would be well-advised to regularly look in the mirror (or cell phone camera) and like Big Sean say: It was my decision. I decided. And allow the “voices in my head sayin’ I could do better, voices in my head sayin’ that I knew better.” It’s never too late to learn. There goes another cliche realization.