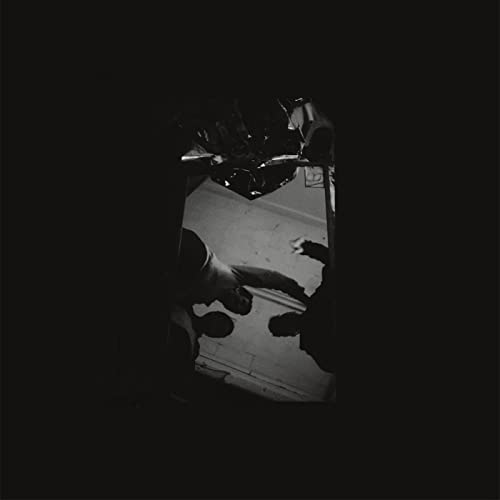 We’ve talked about BADBADNOTGOOD a couple of times now so hopefully you’re already familiar with them. If not here’s a brief summary — Chester Hansen, Alexander Sowinski, and Leland Whitty are a Canadian trio who play live instruments like they are rap samples. In olden times this would have been called “acid jazz” like The Brand New Heavies, but at this point I think that distinction is unnecessary. To me “Triangle” is hip-hop music even without anybody scratching or rapping. It just has that vibe.

As a former drummer in my teens (and trust me I was never that good) hearing how strong the percussive notes of “Triangle” are brings me joy, but the snare, cymbal, bass drum and toms would be nothing without the literal triangle that forms the band, the song’s name, and even represents the title of their album “III.” Even though I’m listening to it in retrospect it feels like everything was perfectly aligned here — all sides in balance with each other, and yet not in any way cookie cutter or factory formed. Songs like “Can’t Leave the Night” pull off the challenge of sounding both well planned and entirely improvised. That’s a quality that only comes from trusting your bandmates and your sound implicitly. Without trust it all falls apart.

Perhaps it’s apt that this album has a song called “Eyes Closed” then, because that’s exactly the feeling one gets from listening to it. While you could interpret it literally and leave your eyes closed while listening for a tremendously transcendental listening experience, I prefer to think it means that BBNG just started jamming with their eyes closed and let the music flow. It certainly has that feeling as the song constantly mutates and evolves each time someone introduces a new sound and the other two riff off it and layer onto it. It’s like three painters making a painting at one time.

BADBADNOTGOOD probably deserves an award for the most ironic band name of all time at this point. It’s clever and it’s catchy but if it was truthful they’d be called “GOODGOODNOTBAD” since I’ve never heard them do anything badly. Even when they delve into the kind of techno-future synth made famous by Tonto’s Expanding Head Band on “Since You Asked Kindly” it works. It’s up tempo, it’s funky, and brother… I can dig it.

They even get straight up symphonic with the mix of “CS60.”

Do you like good music? Then you’ll like “III.” Do I need to say anything else? No. Have a good day. (If you listen to “III” you definitely will.)