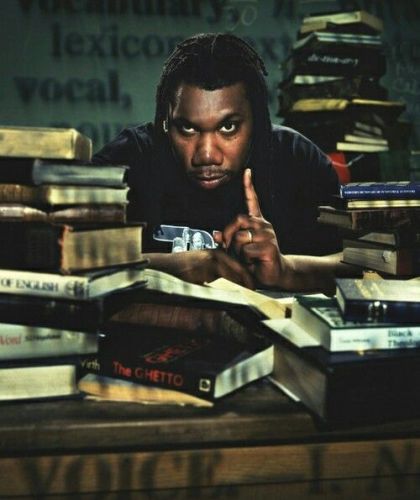 For years, rappers have mispronounced words. It’s a natural byproduct of a style of music that has a lot more words involved than other genres. We’ve all that had that moment where we realize a word is actually pronounced differently to how one expected it. There are four types of mispronunciation:

These are rare moments in rap, considering emcees pride themselves on their writing and vocabulary, so when they do happen it’s an interesting phenomenon. These aren’t local variations on the term or Americanized pronunciations (like niche which ignores its French origin). The English language has thousands of variations across the world, from the United States to Australia. Today we are just going to focus on one word that has an oddly inconsistent history of rappers pronouncing it differently.

There is one word that rappers seem to have been mispronouncing for over thirty years: ‘larynx’. There’s no difference between the English and the American pronunciations, but you’ll often hear rappers say it as ‘larinex’. The word rhymes with sphinx and lynx and is a medical term for a voice box (laryngitis affects it), so it’s easy to see why emcees have mentioned the word, but where does the ‘larinex’ variation come from? And who put it into the rap arena?

Ironically, it stems from The Teacha KRS-One.

Starting on the first two Boogie Down Productions albums, KRS uses the word on “Criminal Minded” (1987) and “Ya Slippin'” (1988), before bringing it back on “Real Hip-Hop Part II” in 1995. This then kicked off a wave of emcees using the KRS pronunciation in the 1990s. Biggie uses it in an early verse on Super Cat’s “Dolly My Baby (Remix)” (1993), and Das EFX’s Scoob does too on “Krazy Wit Da Books” (1993). The following year, RZA does the same on the Gravediggaz track “6 Feet Deep”. On a trip to London, O.C. also uses ‘larinex’ in a freestyle on Tim Westwood’s Capital Rap Show.

The new millennium, with the advent of internet access widely available, sees the next generation of emcees using the correct pronunciation. Mos Def delivers the first, on “Ms. Fat Booty 2” (2000) with UK emcee Life MC doing the same on Phi Life Cypher’s “A.B.C.” the same year. More famously, Memphis Bleek fights the corner for KRS on Jay-Z’s “You, Me, Him & Her” from his Dynasty album, but the next year sees J-Ro (Tha Liks’ “Sickness”) and Lisa ‘Left Eye’ Lopes (“Breathe”) backing Mos Def up. The ladies were just as divided as the men, with Jean Grae’s KRS-ism (“Thank Ya!”) in 2002 and Princess Superstar taking the Teacher to “The Classroom” in 2005.

Further correct usage of ‘larynx’ is from a noticeably younger selection of rappers. Wale does it twice on “The Chicago Falcon Remix” (2008) and “Beautiful Bliss” (2009), before Mac Miller in 2011 (“PA Nights”), Earl Sweatshirt (Odd Future’s “Oldie”) and Joell Ortiz (“Fuckin’ Problems Freestyle) both do in 2012 before a final correct usage the following year on Nyck Caution’s “Scotty”.

However, the power of KRS-One’s influence on the 1990s far outweighs these examples. Everyone from underground emcees like Slaine (“Intro”) in 2005 or Necro on The Godfathers’ “American Sicko” (2013) through to superstars like Nas (“The Art of It”) in 2009 or Eminem as recently as 2017 (“Chloraseptic”) continue to keep the tradition alive. Further proof can be found with Talib Kweli on “Fallen Star” (written by 2-Pac), Ghostface Killah on his track “Return of Theodore Unit” and K-Rino on “Sharp Angles”. Black Thought is at it again on PRhyme’s 2015 track “Wishin’ II”, with Kool Keith (Doctor Octagon’s “Power of the World”) and Will.I.Am (Black Eyed Peas’ “4Ever”) both doing it as recently as 2018.

The latest example of the KRS pronunciation of ‘larynx’ is from K.A.A.N. in 2020 (“Hibernation”) which suggests another generation of rappers will be taking this tradition forward. The fact we live in an era where anything can be quickly Googled, I like that a piece of misinformation like this has survived. From a period where books were read and words were learned firsthand without some pedantic prick pointing out the error online. Sorry, Kris! At least it’s not as wild as Proof’s use of ‘larniks’ on D12’s “6 Reasons” from 1996, although that sounds more like a typo on a notepad.

Personally, I prefer hearing ‘larinex’ – it sounds dope and it even alludes to the thing being in the neck. It also rhymes with a lot more words than ‘larynx’ does. This is the main reason it’s still in use; the argument for lazy writing can’t even be considered given the emcees that have used it in recent years. Black Thought? Eminem? They had no intent to Google how it was pronounced because a generation of rappers and rap fans assumed it was ‘larinex’ this whole time. It’s a remnant of the pre-Internet era where books were read and words were delivered creatively. Was it correct? It didn’t matter, because it sounded dope. It came from The Teacha so who were we to question him?