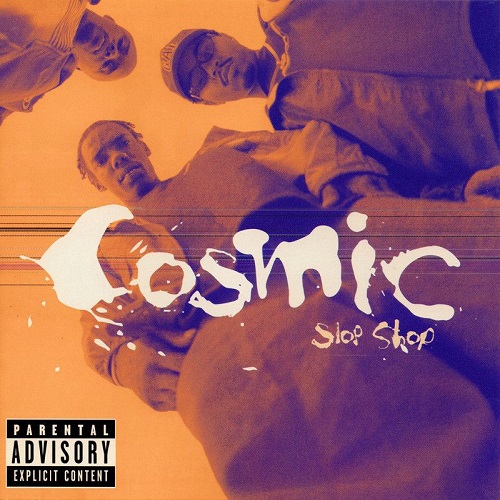 The Cosmic Slop Shop ‘family’ consisted of three members. One famous, one not so famous, one infamous. Starting with the middle child (so to speak), Doonie Baby got a little taste of fame as a member of Bay Area hyphy representatives Federation but couldn’t really establish his name on an individual level. Instead, the 2004 Federation “Album” was prominently ‘presented’ by their producer, Rick Rock, who also happens to be the ‘famous’ one in our little quiz, arguably one of the most universally accepted producers in the twenty years between 1996-2016 who has worked for 2Pac, E-40, Xzibit, Jay-Z, Beanie Sigel, Fabolous, Yukmouth, Will Smith, Busta Rhymes, Mase, Snoop Dogg, Tech N9ne, G-Unit, 50 Cent, etc. As for the ‘infamous’ member (or the problem child) of Cosmic Slop Shop, Big Lurch (according to court findings) had a Hannibal Lecter moment in April 2002 when, while high on PCP, he killed and cannibalized a 21-year-old female acquaintance.

How could this happen? Implausible speculations range from Lurch having been framed to record labels encouraging his drug abuse in order to provoke a marketable meltdown. The sad reality is that Antron Singleton began smoking dust after a car accident and committed this terrible crime under the influence of an extremely dangerous intoxicant.

Such circumstances make it difficult to listen an album isolated from the incident. Still it’s important to remember that the murder case is not part of a behind-the-music backstory but something that occurred after the recording and release of “Da Family” in 1998.

Cosmic Slop Shop were very much a typical rap group – yet again not quite your typical rap group. Recording on the West Coast, all three members refer to their southern roots. Lurch represents East Dallas, Doonie was born in Mississippi and raised in Alabama, and Rick spent his formative years in Montgomery, Al. They have their vintage “Quit hatin’ the South” moment (word to Pimp C) with “Don’t Tell Me”, a song that defiantly demands respect for them as southern representatives. To a degree that anybody who actually listened to the album couldn’t possibly mistake them for a Bay Area act. (Unlike the Federation.) Lurch makes the familiar argument “These niggas doin’ all that hatin’ but they know they wouldn’t sell a muthafuckin’ shit without the South”, but it’s Doonie who eloquently defends the South’s role in hip-hop culture and industry:

“Why the South be clownin’, why them niggas frownin’?
Why they ridin’ in vehicles, booty shake music just poundin’?
It’s the lifestyle – I know it, it’s the gold fronts – I know it
It’s the way she dance – I know it, with her big fat ass – just show it
What the fuck you screamin’? Hate the South for no reason
Nigga, yo ass was born here, now you resort to treason?”

If the insistence on southern origins makes them renegades of sorts, they see themselves in a similar role in regards to hip-hop. The record begins with Lurch giving a ceremonial speech about the music having become “watered down and commercial” as he introduces Cosmic Slop Shop as “three angry and frustrated poets” on a mission “to get back to hip-hop”.

They spare us further sermonizing, at least on the topic of the true hip-hop religion (in the direction of “non-believers of Hip-Hopism”, as Lurch puts it). Instead, Doonie Baby brings a Christian sensibility to the album with his repentance on “Betrayal” and the solo track – and single – “Sinful”, which despite female vocal support speaks from a fatalistic point of view, concluding memorably with “This world is at the end, no hope for resurrection / I’m sittin’ up in church with an Uzi for protection”.

Madness was, as a topic, part of the ’90s rap mixture. Cosmic Slop Shop too could be found fending off attacks on their sanity. In “Betrayal” they torment themselves with raps about the evil in man. Even the usually upbeat Rick Rock mentions suicidal thoughts while Lurch makes ominous remarks like “Insane in the brain / tryna maintain my sanity out here in this rap game”.

There is also a brighter side to “Da Family”. The title track, though flowing slow as molasses, offers a clue as to why two members became part of a flagship group of hyphy: “We try to give the party people what they want / Three realified-ass niggas comin’ with a beat that rock the trunk”. “Butterscotch” (interpolating D’Angelo’s “Lady”) is reminiscent of AZ’s “Sugar Hill”, an escapist metaphor for reaching an untouchable status. Similarly confident efforts include “My World” and “Got it Made”, the latter, a Mike Mosley production, an exercise in sounding classy with the least amount of melody.

Musically, if you’re looking for historical references, Atlanta’s Dungeon Family (including Parental Advisory) would fit the profile, as well as MC Breed’s albums recorded in Atlanta, who had a similarly sparse yet spaced out sound. Although mostly monochrome and overcast (the Ennio Morricone-inspired “Intro” initially suggests another direction), “Da Family” also recalls Suave House releases, particularly in its meticulous approach to the sound design. The messaging on “Da Family” isn’t extremely coherent, but the music is.

There’s almost no overstating the care that went into making this album. Cosmic Slop Shop were three different characters (exemplified by “Collage” with its three parts, including a replay of Goodie Mob’s “Cell Therapy” for Lurch). They still found common ground, not just through standard song concepts like “Sellin’ to My Crowd” (essentially a battle track) and “Hoe Games” (their armed-and-ready anthem). All three vocalists have stellar as well as so-so moments but you couldn’t ever call their performances careless. Big Lurch is playful despite his imposing pitch, Rick Rock is the type to capture your attention and drops some of the most attention-worthy verses (“Got it Made”, “If Lovin’ You Is Wrong”) and Doonie Baby would probably fare well in any profession that relies on conversation. He’s definitely more than just a smooth talker.

All in all Cosmic Slop Shop would have most likely appealed to fans of Dungeon Family and Eightball & MJG while in regards to the Federation and the Big Lurch case “Da Family” offers only few clues.