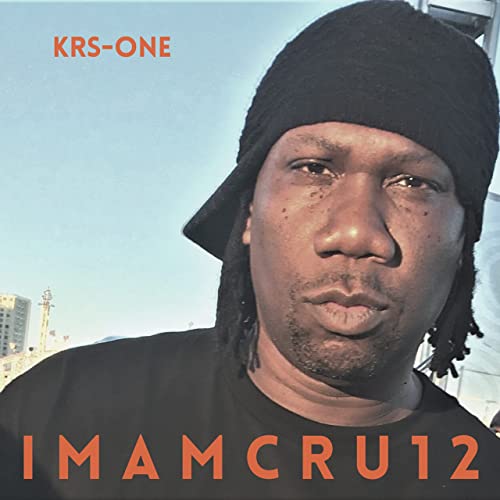 Last year’s KRS-One album was one I struggled with, from a musical standpoint at least. It wasn’t so much bad as it was disappointing. Scrap that, it wasn’t so much disappointing as disheartening. One of the greatest emcees in history was rhyming over some of the worst beats of his career. It’s something many KRS-One albums have suffered from in the past two decades, with the shift to independent distribution and subsequent reduction in budget showing in the music. While many will cite the 2000s as a noticeable dip in quality from the previous two decades, for every middling effort there was a great album to balance things out. You still had “Hip Hop Lives” (2007) and “Survival Skills” (2009). The 2010s however, have seen questionable decisions as far as artwork, collaborations, and low-quality production.

The KRS-One brand hasn’t been as strong as it once was (for other reasons) but his recent solo material has had to rely on KRS’ unique qualities to carry them. Other than maybe Chuck D, nobody commands a microphone quite like KRS. Nobody has fought as passionately for real rap and hip-hop culture as KRS has, for as long as he has. For many, when you think of the term hip-hop, you picture KRS-One. He’s the definition of an emcee. That’s how powerful his name and voice are – he’s an icon. That’s why it’s even more frustrating to see his musical output fail to live up to the legend.

To make one thing perfectly clear: I have no issue with KRS-One’s performance on “IMAMCRU12” – the problem lies solely in the music. It’s one thing stripping back your sound to the basics, but some of the music on “IMAMCRU12” is primitive, amateurish, and frankly, an insult to KRS-One. Celph Titled once quipped “You make beats? I’d rather rhyme to a metronome” – some of these efforts aren’t far off of a metronome. It’s as if KRS was at the bank withdrawing his money for beats, but heard a teller tapping on the desk and went “Now that’s hip-hop. Let’s work!” instead.

Lyrically, this is largely rhyming about rhyming. It’s better than the horribly convoluted title suggests, itself one of those forced acronyms rappers continue to utilize: “I Am An MC, Are You One Too?” That aside, there is some neat wordplay throughout this album, and KRS is as aggressive as he’s ever been. “Can You Dance?” is a great concept, documenting the various styles of dance that hip-hop has had over the years, and the beat is one of the better efforts. But ain’t nobody dancing to this. Sun-One produced many of these beats, and it’s his material that ultimately sets this project back. “Achieving the Levels” opts for kicks and snares but is devoid of any melody, despite KRS even asking the listener to check out his melody. “Wet It Up” is hard to take seriously. “Innocent” is half-finished.

I really like the flow on “Raw Hip Hop”, even if the hook and premise has been done better countless times, by KRS-One himself. There’s even some experimentation on “Krazy” that shows the BDP frontman can turn his hand to Eminem-like acrobatics over trap-like bass-heavy production.

DJ Static provides some heat on “Have to Wait”, a proper song that matches KRS’ energy. The last three tracks are the ones worth your time and they all, ironically, possess a piano-driven West Coast attitude. “Nothing to Say” sticks out, as it has some melody to it (understandably, as it’s produced by Mlody). Granted, it’s not exactly Dr. Dre but it’s easily the best song on the album.

The Bronx veteran famously stated he would be rhyming until he “was motherfuckin’ sixty”. At 57 years old he sounds incredible. In fact, this is the meanest and hungriest we have heard from KRS for a minute. I like the idea that KRS intentionally chose to rhyme over pots and pans to challenge himself, but that’s wildly optimistic on my part. The fact that he has made this record listenable and that he draws the listener’s attention away from the music toward his message is a testament to the sheer power of the performance. The last three songs can’t quite redeem the rest, and feel more like a kick in the teeth, indicating what could have been.

“IMAMCRU12” proves KRS-One hasn’t missed a beat. It’s just a shame that he’s proved it with an album that misses a whole bunch of beats.