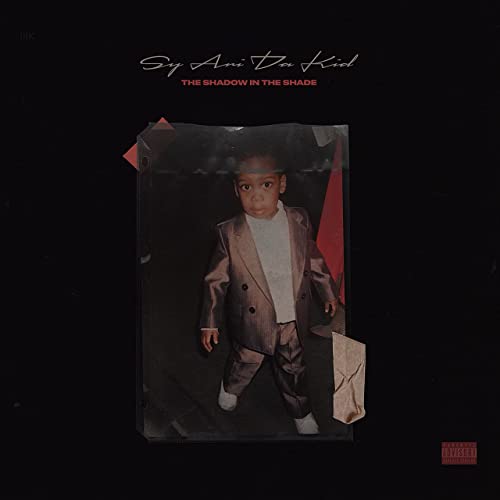 The Shadow in the Shade

Sy Ari Da Kid :: The Shadow in the Shade

“Hey, I got my own fuckin’ problems.” – Paulie Walnuts

That’s a rude introduction to “The Shadow in the Shade,” but Sy Ari Da Kid doesn’t have the time for BS, which makes the sample a perfect choice. For those who haven’t been following his 10+ year hustle on the independent grind here’s a quick summary — name: Sy Ari Brockington, age: 36, born in The Bronx but moved to Atlanta at nine. Sy has put one or two releases since 2011, and in 2020 as the pandemic was raging he released FOUR. There’s probably more than that, but there’s four that I know of, but I don’t put it past Sy to have a few I never even saw. He’s relentless. Some rappers sprint to the tape but Sy is running a marathon with no finish line in sight. He just keeps going.

“The Good Middle Man” illustrates the thought he puts into everything — even the illicit hustles he tells stories about. “Don’t talk business on the phone, we knew someone was listening” and “no social media posts, them new school young’uns be tripping” are his rules for success. Every move is as calculated and precise as a chess grandmaster, and his tolerance for stupidity or disrespect is low. “When Walmart sellin’ chips, you buy ’em right? Shut up nigga. Let me ask you somethin’ nigga — when the last time you bought Doritos from Doritos? Oh now you can’t say nothin’ nigga? I thought so.” If you didn’t know why the “middle man” matters, you certainly will by the end of the song. Like Nino Brown once said, “Ain’t no uzis made in Harlem. I mean, not one of us in here owns a poppy field.”

It should already be clear that I respect a lot of things about Sy. He spits bars with precision and intent. There’s no showing up in the studio loaded, mumbling and freestyling until he passes out. He’s a single father and he thinks about family and relationships a lot, something you can hear on remarkably honest songs like “Lock the Bottom Lock” and “A Gem.” At times though this means I don’t agree with his perspective. On “Soul Food” Sy raps “I said if Kanye gotta ask for permission to see his daughter/on her birthday, why they don’t want her to see her father?/I wonder — four billion dollars, he made history/But ’til he can see his kids when he wants, he ain’t rich to me.”

I get that’s a father talking to another father but he’s also stepping into a quagmire by opining about a very complex and troubled relationship between ‘Ye and Kim. I think he’s both oversimplifying the matter and overstating Yeezy’s finances, and completely fails to acknowledge that ‘Ye has mental health issues. They’re not hidden — he professes undying love for Kim one minute then makes death threats to her boyfriend the next. I don’t pretend to know what’s going on in his mind but I also don’t think it’s inappropriate given his track record to have to ask for permission to see his kids either. In any case I think both Sy and I should stay the hell out of their business and pray they can work it out in an actual court rather than the court of public opinion they are routinely tried in.

Perhaps it’s not surprising that Sypooda produced songs like “Real Recognize Real” featuring JR Writer sound like they were produced by Kanye West. Writer’s cameo also reflects a strange approach to guest starts on “The Shadow in the Shade.” I mean this as politely as I can say it, but Sy is beyond reaching out to people from DipSet, G-Unit, and Wu-Tang Clan. He made his own lane over the last decade and doesn’t need the help of artists two generations before him. “RZA let me join the Wu-Tang Clan, and DJ Premier said I was the emcee of the year.” Sure. I mean that’s the kind of thing you’d say to brag, and I’m not mad at hearing Raekwon on “A Dream, A Plan” alongside Big K.R.I.T., but he doesn’t need it.

The longer you look at the album the more it feels like a mixtape from the 2000’s in 2022. Jadakiss? T.I.? Bumpy Knuckles a/k/a Freddie Foxxx? When the most “modern” cameos you have are from Mickey Factz and Benny the Butcher, both of whom are older chronologically than Brockington, it wouldn’t be untrue to say he’s living in the past. When Sy Ari Da Kid is so good at kicking the truth to the young black youth, I’d like to see him actually collaborate with those same kids, because “Da Kid” can teach more seeds than just his own that life as a shorty shouldn’t be so rough.

None of this should be taken as me not liking “The Shadow in the Shade.” I think it’s a fine album. It’s a bit excessive at 21 tracks long, but that’s a proper album compared to the sub-20 minute releases I’ve become accustomed to. In truth Sy’s whole career has been nothing exceeds like excess, given that whole “multiple albums a year” thing he’s known for. Whether or not I think he (or everybody else) should stay out of Kim-Ye’s business, I respect his opinion right along with his hustle and lyricism. In fact if I have a complaint about Sy it’s that he’s too good to be stuck in a lane where he’s only fucking with people from the past over comfortably familiar beats. This is grown man rap so if that’s your vibe Sy Ari Da Kid will quickly prove to you he’s not a kid any more.