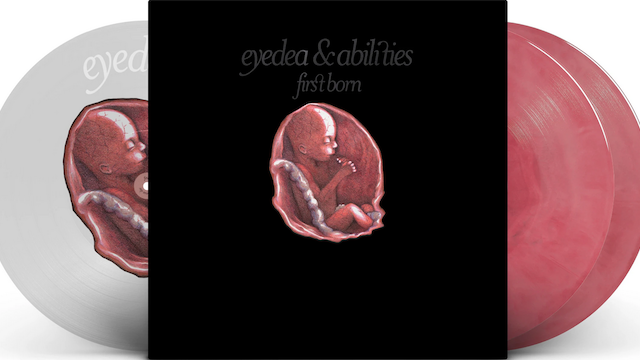 Before I go any further it should be stated that Rhymesayers Entertainment generously provided a promotional copy of this record for review. It’s quite a deluxe package too as befitting both the price it commands and the legacy of the artist that it celebrates. With that said what follows is a video of me unboxing and unwrapping the album and my thoughts about the project.

Our original review from 2002 gave the album 7.5 out of 10 overall. I might have gone as high as 8.5 out of 10 had I reviewed it myself, but you might get a sense of my feeling for the duo from my “E&A” review in 2004. Either way the words I would use to describe both DJ Abilities as a producer and Michael Larsen as an emcee are the same I’d use for this celebratory re-release — artfully crafted and beautifully made. I once called Eyedea “the thinking man’s Eminem” and I’d stand by that today. Both made their name as freestyle battle rappers before transitioning to a recording career, but while Marshall Mathers’ early music focused on him being an outrageous provocateur, Larsen’s lyrics expressed both his love for the art and the everyday struggles that he went through.

“Stayed true to the music, now my favorite thing to do is
Close my eyes and forget that I even exist
I hold this fistful of degenerate ideas
For every genius that was murdered in the name of Jesus
Still deaf to the bells that claimed to free us
But I pay homage to my melody cause she’s the sweetest
The core of our spirit is naked
The form of its lyrics are sacred
Blanketed by the original sound of the inner vibrations
I’m floating on the soft clouds of positive creation”

The reissue is quite a sight to behold — particularly the vinyl edition. It’s spread across three records, two of which are a translucent pink, while a third disc of bonus tracks is on clear vinyl. That only makes me pine for the De La Soul “Clear Lake Auditorium” promotional record I’ve never owned all the more, though I can scarcely imagine paying what it would go for now. Probably a lot more than the $45 that Rhymesayers is charging for this release, although you can always spread it out in installments over time to soften the blow. Is it worth it either way? If you’re a fan of this album already there’s no question it is. The sleeves for the records have images of his handwritten lyrics, the vinyl editions come with a download card for a digital copy, and the bonus tracks are exclusive to vinyl & digital copies.

I’ve got to be honest that $45 is a lot of money to ask for a set like this, and that high barrier for entry may dissuade some people, particularly those who don’t own a turntable (despite the gratis digital copy). You can instead purchase a different version from their website that may better suit your wallet — $10 for MP3 only, $15 for a CD or $20 for a cassette. The three record set is arguably at the extreme end of Eyedea fandom, but the care they put into the set (for me at least) justifies the cost. I think it’s a fine tribute to the late Eyedea and one that makes me appreciate all over again just how far ahead of his time he was.