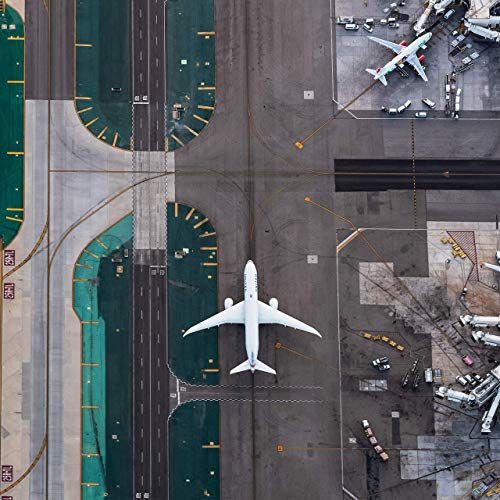 Let’s start by getting the cliches out of the way: critically acclaimed, indie rap darlings, underground favorites, influential trendsetter. Slug and Ant, rapper and producer respectively, have been called these things so many times you wouldn’t be blamed for rolling your eyes if someone said it again. For the jaded this oft-praised Minneapolis duo may be the quintessential opposite of their rap expectations. What if you’re not looking for poignant thoughtfully crafted lyricism and smooth jazzy head nodding beats? If you want to indulge in excess, Atmosphere is not the right group. You won’t find Percocet popping, group orgies or nihilistic shootouts. “Whenever” does get postal but there’s no homicidal rage to it at all.

“I wipe the crust from the corner of my eye
I walk towards the kitchen, and pour myself a coffee
I probably step on a Lego just to verify
that I’m still alive and y’all ain’t killed me already
‘Daddy loves you!’ I say what’s up to the baby
Like ‘Whassup baby? You’re such a baby’
And then I find the other kids and give ’em all high-fives
Say good morning to my wife, it’s a glorious life, right?”

The “good vibes and good looks” of “Postal Lady” weren’t always the modus operandi of Slug though. He’s been a serious poet dating back to the 1990’s, but the stories used to have a sharper edge. Our own writers described him as “emotive and insecure” with “tendencies towards over-consumption of booze, cigarettes, and drugs.” Slug (real name Sean Daley) is in his late 40’s now though, and it’s a bit disconcerting to see how we’ve both mellowed with time like whiskey in a charred oak barrel. I earnestly tried to get cliches out of the way at the start but maybe “showing your age” isn’t such a bad thing. I don’t miss the blackout drinking and the next day hangovers.

“Whenever” was unexpectedly dropped into the rap universe preceded by the video and single for “Bde Maka Ska” alongside a slew of new tour dates for the next year. Obviously Ant and Slug had been planning and working on the project for a while, but keeping it under wraps gave the duo the one thing that Father Time can’t — the element of surprise. It wasn’t the biggest surprise to me though. “Son of Abyss” shows that despite getting older and possibly more settled in his ways, Slug hasn’t lost his sharp tongue and insightful eye. He’s more jaded than the same people who are tired of hearing about underground rap being the savior of hip-hop music. Slug doesn’t need to scratch deep beneath the epidermis to find the bitter pain that has scarred over with time.

“And even if I had the opportunity
I don’t qualify to speak on behalf of the community
And I don’t even know who that would be any more
I lost track of the tracks, I stopped keeping the score
Or maybe I’ve been putting up my own walls
I don’t return your phone calls
Got me floating and bobbing on top this pond
Full of problems we bought from these dishonest spokesmen
I kinda hope we turn it all into ash
I don’t wanna have to adapt to the aftermath
The tolerance is as powerful as the pain
You’d probably never know my name
if you’ve never heard me complain”

The lyrics of “Son of Abyss” are (like so much of Atmosphere’s music) open to interpretation. When Slug moans “I can’t believe I used to love you” on the chorus, I choose to think he’s talking about rap music, and yet he thinks he’s “not qualified” to speak on behalf of hip-hop. Who is though? No one person can speak for the whole of a culture, not even KRS-One. Culture is malleable and adaptive. It may start out with a core tenet and ideals, but once it goes mainstream it begins to be shaped by the audience it interacts with and vice versa. The same thing has happened to Atmosphere. Slug may bemoan his early work as “someone trying to fill a niche” (as an underground rapper) but what else could he be when he didn’t know what he was going to be? He changed, culture changed, the audience changed, nothing stays the same.

“Whenever” comes laden with expectations and cliches despite being an unexpected present just in time for the holiday season. Ant is expected to create beautiful music to accompany the words — and he does. Slug is expected to deliver consequential words while also mining the depths of his own personal failings — and he does. Here’s one more cliche as food for thought then — it’s apt that the album closes with “The Ceiling.” Slug opens with the words “Transmitting live from the cusp of extinction/Look you in the eyes like ‘Fuck was you thinking?’/I’m kind of feeling like there’s nothing left to defend/but if we keep it Franklin, it’s just another weekend/I guess karma really gives you what you paid for/cause AmeriKKKa got blood in its carburetor”. He’s pulling no punches and the slow pleasant guitar and bass from Ant doesn’t take any sting off his words — it amplifies them.

This is exactly where the album should end. You can’t get higher than “The Ceiling”. The thing about cliches when it comes to Atmosphere is they’re all true. If you choose to ignore “Whenever” just because you’re tired of hearing about how great this duo is or how enjoyable their music has become on album after album, that’s your own loss.