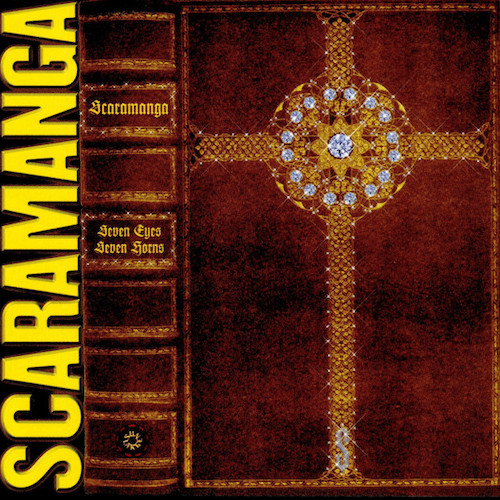 If you heard “7XL” off the Soundbombing II compilation, you were probably looking forward to Sir Menelik’s solo album. Despite teaming with lyrical heavyweights Grand Puba and Sadat X, Menelik’s manic verse over the DJ Spinna track made him stand out as an instant star. This wasn’t his first rap though and far from it. Many had already dubbed Menelik as a protege of New York’s mad scientist emcee Kool Keith when he rapped on the Dr. Octagon track “Biology 101,” and the fact Keith appeared on his single “Space Cadillac” seemingly confirmed that. Menelik even followed in his mentor’s footsteps and invented a new alter ego for the occasion, rebranding himself as Cyclops 4000.

Personally though I preferred his Rawkus’ debut. While “So Intelligent” with Kool Keith may have seemed like the move, the mixture of bass and harp on “Physical Jewels” plus Menelik’s metaphysical bars were the attention grabber. He seemed to spill words onto the mic as fast as they’d pop into his brain, and if you didn’t like it he’d “overrule your objections with physical jewels.” If there’s a twelve inch single that deserves cult classic status for one song alone, this is it. Anybody who has this in their crates today is a happy man. Besides Kool Keith couldn’t complain if his protege got more shine — he’d do a remix of “So Intelligent” for his own album anyway.

That leads me back to “Seven Eyes, Seven Horns” though. Sir Menelik chose yet another alter ego and rebranded himself as Scaramanga, and this would have to be considered Menelik’s official solo album since “7XL” was included on it. Curiously though Rawkus Records didn’t release the album and Kool Keith was nowhere to be found on it. That’s not to say the Ultramagnetic family was absent though, as frequent Keith collaborator Godfather Don produced multiple tracks and rapped on “Special EFX.”

There’s undeniably something going on though given Keith Thornton’s absence from “Seven Eyes, Seven Horns” and the fact they haven’t worked together since. In fact the only time you’ll see Menelik’s name on a Kool Keith album is a “Collabs” album he released of songs done with other people, and in that case it was just “Biology 101” being lifted from the Dr. Octagon album. I don’t know either man to say what their beef was or wasn’t, and there’s absolutely zero information about it online. If you combine that with the fact Menelik/Cyclops/Scaramanga doesn’t have a Wikipedia entry, there’s no way to know the truth of this situation. In fact it’s a miracle that Scaramanga’s album has been uploaded to sites like YouTube. It might have disappeared from memory altogether otherwise.

The Diamond D produced “S.I.R.” would be reason enough not to let this project vanish. D tickles the low end of the piano, scratches in a eerie and ominous sound for the hook, and pounds the drums and bass in a manner that forces your neck to move. Menelik’s bars are almost secondary to the instrumental, but when he promises to “blow like a rocket” that’s exactly what he does. Listening to him spit bars makes you wonder when and where he stops to draw a breath as he has a seemingly endless oxygen tank to keep those jet fueled lyrics flowing. The fact Showbiz produced “Mind I.C. Mine” as well shows Menelik must have gotten pretty tight with D.I.T.C.

It’s a little complicated to make a recommendation on “Seven Eyes, Seven Horns” to most listeners. Menelik’s verbal style is so relentless that many people will be submitting and tapping out after a few tracks. This album is a whole ass MOOD though. It practically personifies the rugged DIY aesthetic of underground New York rap music prevalent in the late 90’s and early 2000’s. Scaramanga is the star throughout, with guest appearances kept to a minimum and the focus on his unorthodox delivery cranked to the maximum. This album isn’t for everyone and given its super unknown status it might not even be for anyone, but I think anyone who loves this era of rap music owes it to themselves to hear it at least once.