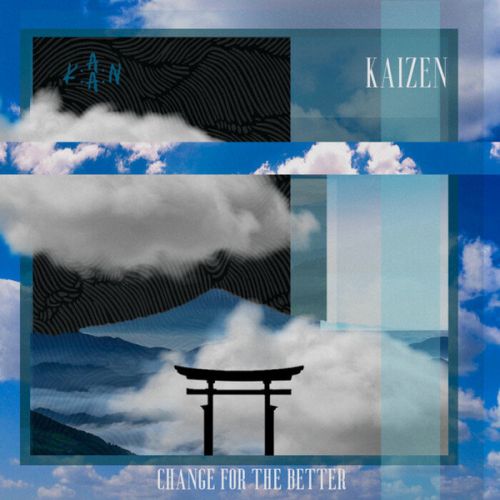 If you’re still using an iPod or some form of MP3 player in 2022, then I feel for you. Not because you’re behind the times, I admire that, but I feel for you from a data perspective. Acronyms were bad enough but as soon as artists started naming their songs in lower case only, it was a wrap. Then they started doing it in UPPER CASE! If you’ve ever ripped a CD with Windows Media Player and had to tidy up the tracklisting, you’ll understand why consistency is important. Without sounding like a complete grandad, there seem to be no rules at all in the streaming era. You could probably put an album out in Wingdings and it would be approved. K.A.A.N. is a rapper from Maryland, USA and his name stands for Knowledge Above All Nonsense. I believe it’s pronounced Karn/Khan and his album “KAIZEN” is stylized in upper case. His videos use the KAAN style. All these inconsistencies in presentation aside, K.A.A.N. has consistently released a LOT of music in just five years. Nineteen albums in fact.

As he puts it on “Iso”, we are living in a microwave era where everything is produced, distributed, and consumed as quickly as possible. Attention spans are at an all-time low, but there’s enough on “KAIZEN” to show Kaan is capable of cutting through the noise. This project, in particular, caught my attention as it has some legitimate spitters involved: Locksmith, Blu, and Deca are all favorites at RapReviews towers.

Stylistically there’s a bit of Tech N9ne in here, owing to those midwest chopper roots and much like Tech, “Synthetic” demonstrates how K.A.A.N.’s voice works really well at harmonizing rhymes.

“Clock Out” with Blu may have a questionable hook, but the bass-driven production and K.A.A.N.’s tight flow, when paired with Blu, is one of the better songs. I’ve not been a fan of A-F-R-O’s machine-gun flow in the past, as it’s often nonsense above all knowledge, yet he’s slowed down on “Grim” and his ability to weave words is immeasurably more satisfying on the ear. That doesn’t stop the king of syllables RA the Rugged Man joining K.A.A.N. on “Rerun” for a breathless collaboration. Maybe I’ve grown numb to the style but it’s lost some of its impact fifteen years after that verse on “Uncommon Valor”.

There’s lots to like about K.A.A.N. and “KAIZEN” showcases his rhyming ability with glimpses at his songwriting skills too. The vast quantity of his catalog means it’s hard to identify one project that’s a must-listen, but you can’t go wrong here. Musically it’s not quite up to the standards of K.A.A.N.’s EP he did with FloFilz and Damu the Fudgemunk but there’s a likeability combined with pure rhyming ability that will cater to both traditionalists and modern fans.