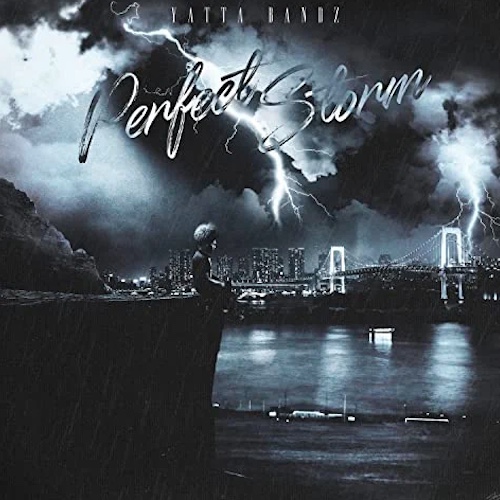 You’d think in our modern internet connected era it would be easy to find information about any rapper signed to label/company as large as EMPIRE. That’s not true for Yatta Bandz though. The single best place to learn about him is his Instagram profile, and the only thing that reveals is he’s from the Bay Area and went viral on TikTok with a song called “Don’t Go.” If his intent is to be mysterious that’s fantastic — mission achieved. If he intends to be a Jarad Higgins level star though this level of anonymity frustrates fans and reviewers alike. It would be great to know what Bandz is about, what motivates him, who his inspirations are… but you can’t find shit.

And as far as being viral is concerned, the video for “Don’t Go” has gotten two million views since being published on December 17th, 2021. That’s a decent number for any artist, especially a relatively new one, but it doesn’t fit the description of him being a TikTok sensation. Artists who get big on TikTok overnight tend to have videos with hundreds of millions of views, not just a mill or two. “Fancy Like” did 83 million since last June and that’s on the low end. “Best Friend” did 200 million since last January — that’s more like it. By those metrics Yatta Bandz isn’t cutting it. He’s doing good for someone you never heard of before a “Perfect Storm” review and bad by every other measure. The “official audio” for the song “Unseen Scars” has done more views than the video for his supposed viral hit. That’s just weird.

Yatta Bandz brags about “being verified on Instagram” on the track, which at least helps explain why it’s the easiest place to find him. I’m honestly at a loss as to what’s special about Yatta though. The sing-song, pitch corrected, emotional bars of songs like “Phone Calls” are not distinctive. I can get in my car right now, turn on any FM station whose tag line is “playing today’s top hits” and hear someone just like him who is probably NOT him. Rappers like Yatta Bandz are a dime a dozen and it has been hella long since you could buy 12 of anything for ten cents. He sings about having his heart broken over and over by “bitches” (unnecessary misogyny) then claims “I’m different, I ain’t fitting in” on “Immortal.” Bro, wrong. You fit in perfectly. You’re not unique at all.

Maybe I’m being hard on Yatta Bandz because the hype doesn’t seem to match the numbers, or maybe it’s because there are so many clones of Juice WRLD that I don’t need to hear another one. It’s not that “Perfect Storm” is insufferable to listen to. Songs like “Don’t Forget Me” see the young Bay Area rapper pouring his heart out to a girl, and that kind of vulnerability just might open him up to audiences and make him the viral sensation that he’s already being presented as. It’s perfectly tolerable to listen to, in the same way that Chicken McNuggets are perfectly fine to eat, provided you’re not a snob who can only eat organic farm raised grilled chicken served on ciabatta bread. This is fast food rap music, interchangeable with anything you can get in any drive through, and while I wouldn’t turn it off if I heard it on the radio I also wouldn’t seek it out afterward.