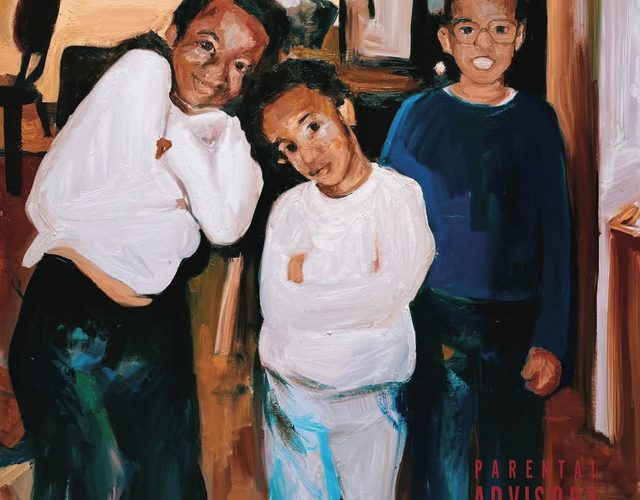 Three things in life are certain: Death, Taxes, and Benny the Butcher rapping about his plugs. For those late to the party (and to clear any potential confusion), ‘plugs’ are connections that drug dealers rely on for sourcing their product. What’s even more certain is that Griselda will release new music each year – judging by Discogs.com’s database, “Tana Talk 4” is Benny’s thirteenth release in six years. It feels like even more given his frequent appearances across any rap release worth its salt and that’s probably my primary criticism of Benny. He went from one of my favorite emcees a few years ago to someone I’ve overindulged on thanks to an endless stream of new material. There’s so much Benny product out there, that he’s diluted his brand, something his peers (such as Pusha T or Raekwon) manage to successfully avoid.

“Tana Talk 1” dropped all the way back in 2004, with the sequel arriving in 2009. But it wasn’t until 2018’s “Tana Talk 3” that Benny the Butcher saw his mixtape series make a meaningful impact, which he built on with the lyrically sharp “The Plugs I Met” showing he could match up to elite emcees, and “Burden of Proof” demonstrating he could work outside of the Griselda comfort zone. The last few years have seen regular releases but many of these haven’t quite garnered the acclaim of “Tana Talk 3”, so this sequel (in name only) attempts to put Benny back on the tip of rap fans’ tongues once more.

The record begins with a crazy Alchemist beat on “Johnny P’s Caddy” whereby J. Cole bodies his verse to the point where you wonder if it was wise to put this at the start. I’ve questioned Cole’s abilities over the years but it’s undeniable that he deserves the respect he claims he’s due. The hypnotic production suits Cole’s sleepier style to a tee – it essentially feels like a Cole track featuring Benny.

Alchemist’s production stands out on “Super Plug” with its haunting piano keys creating an eery, Exorcist-like atmosphere. He utilizes similarly energetic horns to the ones DJ Premier did on Bumpy Knuckles’ “EyEnEvErPuTmY4cUsAwAy” for “Thowy’s Revenge”, and it’s worth noting that the solo tracks here are all just Benny and Alchemist.

The guest appearances here are solid, ranging from 38 Spesh’s sharply written “Uncle Bun” performance to Westside Gunn’s trademark wackiness on “Guerrero”. It never steals the shine from Benny, yet Benny never quite shines as brightly as his records from 2019-2020, not necessarily from a technical standpoint, but the writing and wit lack impact. There is also an increasing self-awareness on “Tana Talk 4” that is frustratingly inconsistent. Stating “I was a drug dealer before I left the street” with a straight face is either creatively bankrupt writing or the cocky attitude that made Benny stand out on “Tana Talk 3”. I like to think it’s the latter but there are a number of strange decisions on this latest project that simply weren’t prevalent on earlier Benny projects. One moment he’s a shoo-in for Top 10 lists, the next he’s admitting Conway is his superior. On “Billy Joe” he’s ‘99 Hov’” but still “one classic away from great“, but on “Uncle Bun” he’s in Top 5 lists. There’s a comparison of Benny’s style to a blend of Boldy James and Tupac (“Back 2x”). The song “Tyson vs. Ali” is the perfect representation of this contradictory obsession with matching the achievements of legends without the evidence to back it up. It’s this comparison of cultural icons with best-in-their-field stars that are difficult to stomach, whether it be Mike Tyson to Muhammad Ali, Benny to Tupac, Benny to Jay-Z or even the sheer balls to follow up Biggie’s classic “Ten Crack Commandments”. “10 More Crack Commandments” lacks the nuance, wit, charisma and structure of its inspiration but it’s also difficult to compare the two given Biggie is in a different league when it comes to storytelling. Diddy’s brief jabbering listed as a feature is pushing it too.

On “Weekends In The Perry’s” Benny admits “their mad I’m back rapping about dope again, never mind me” and claims his pen is sharper despite this. However, examples of this are few and far between. “Bust A Brick Nick” is as close as we get with a combination of wordplay, enjoyable boasts, and rare introspection on his personal life:

“She not my type, but her pops the connect, so I can’t curve her (Damn)
Before a bullet wound, there was shit that permanently hurt me (Damn)
In a wheelchair, it was hard to smile on my 36th birthday
Being honest, this could be karma I probably deserve in the first place (For the shit I did)…
The feds watch me get an M on TV like I’m Carson Daly (Huh)
Streets tore me apart, my heart cold like an orphan baby (Like an orphan)
The pain a reminder, I feel like these is the scars that made me (Made me who I am)
Had my best run when I lost Shay, of course, it’s crazy (That’s my nigga)
I ask God to bring him back, pray he jump out his coffin maybe (Huh?)”

All things considered, “Tana Talk 4” lacks the purity and abrasive charm of its predecessor. There are fewer memorable lines and an increasing obsession with where Benny sits in the pantheon of rap greats, rather than naturally emerging in that discussion. Perhaps the Griselda emcee arrived later than he’d planned and is playing catch-up, which explains the relentless musical output and perceived envy of other rappers’ careers. The beef with Freddie Gibbs, an artist with a better catalog and the wider critical acclaim, lines like “fuck all the critics, we did it the hard way” and directly denouncing Complex and Pusha T’s list of Best Coke Rap Songs on “Tyson vs. Ali” signify some underlying bitterness and a need for validation. Hardcore Griselda fans will continue to lap up what the label pumps out, but “Tana Talk 4” demonstrates everything right and wrong with their business model. You know what you’re getting with Benny the Butcher, which is reliability, authenticity, and tough beats, but it rarely surprises, inspires, or leaves a lasting impression.