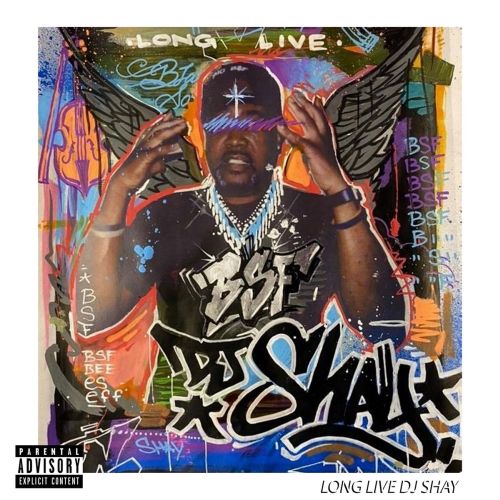 Once you make it in the rap game, it’s only fair you put your crew on. Them’s the rules. In 2022, rap crews are few and far between, presumably because of how hard it is to make money from streaming platforms and consequently splitting touring revenue. It makes sense – and explains why you won’t see a Wu-Tang Clan, Boot Camp Clik, or D.I.T.C. style line-up of artists like we used to. Despite this, Griselda has flourished as champions of grimy street rap by combining the core trio of Conway the Machine, Westside Gunn, and Benny the Butcher and regularly working with a wide array of similar artists. Occasionally they will actually sign them, so you end up with an extended family of sorts. 38 Spesh brings a sense of humor, Boldly James lends stone-faced menace and Mach-Hommy provides a mysterious artful approach that offers something different. Often, it’s these artists on the periphery that are more interesting, but does this extend further to Benny the Butcher’s crew: Black Soprano Family (BSF)?

Made up of Rick Hyde, Heem, LoveBoat Luciano, Fuego Base, El Camino, Jonesy, FlexxBaby, Young World, and DJ Shay, it’s a curious blend of predictable styles. Heem and Rick Hyde are given a bigger platform on the album and it’s an astute decision, given they are the more polished emcees – best demonstrated by the BSF Cypher on Sway in the Morning.

If you couldn’t tell from the title of this project, DJ Shay, unfortunately, passed in 2020, and “Long Live DJ Shay” is dedicated to him. References and interludes are included that highlight the impact DJ Shay has had on the Griselda movement, including a snippet of a DJ Premier conversation that leads into the lead single “Times is Rough”.

It’s not exactly prime Preem, but for such a bleak loop, it sticks out regardless. The drums are ironically weak after DJ Shay admits lifting Premier’s drums for his own “18 Wheeler” beat for Benny the Butcher and Pusha T’s memorable duet. The influence of Jay-Z runs throughout Benny’s work and continues here with “Shay Face” sounding like Dynasty-era Roc-a-Fella.

“297 Parkside” boasts a crazy Camouflage Monk beat that ultimately overshadows the rhymes with one of those vocal samples that interferes too much. Aesthetically, Griselda fans will lap up the likes of “Danger Zone” and “Bastard Child” but there’s no individuality to help define each emcee given their voices are similar and the bars often repeat their sentence structure. This isn’t helped by the number of guests, including Benny the Butcher reminding us why he’s the star with three verses and a solo track. He’s remarkably consistent, reliable and occasionally surprising, but every time he’s not rapping, you’re inherently awaiting his return given he’s superior in every department to his BSF brothers. You’ve also got members Loveboat Luciano and Fuego Base appearing once so it’s pretty difficult to make an impression when the likes of Conway, Boldy James, Armani Caesar, and (randomly) Krayzie Bone pop by for a verse in their place. The performance that did stand out was Chase Fetti, simply because he possessed a distinct tone that’s uniquely gender-free in how he sounds like a higher-pitched Rah Digga. It’s not quite as slick as Eto’s menacing approach nor as outright irritating as Westside Gunn’s adlib-rap, but he’s another name to keep an eye on.

“Long Live DJ Shay” provides glimpses of an array of solid rappers but doesn’t showcase its members enough to make a lasting impact on the listener. It reminds me of a Screwball or Pitch Black album from the early 2000s: production is largely on point and a sprinkling of famous guests will get you to part with your cash, but it’s the DJ Premier single that it will be remembered for. That may be a blessing or a curse, but either way, I’d like to hear more from Heem and Rick Hyde in the future which isn’t something I could say about Zakee or Hostyle.