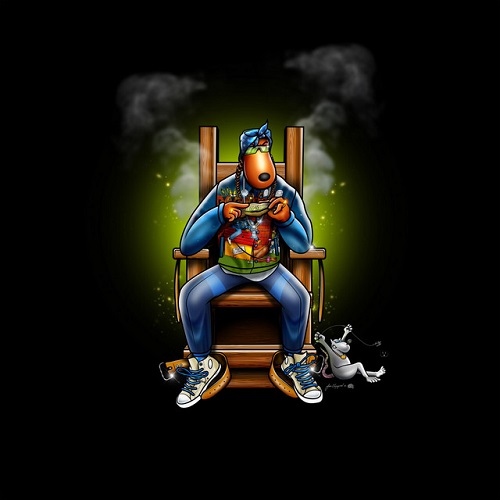 Snoop Dogg is so much more than a rapper. This is true not only in the sense that he has been featured in multiple different forms of media on numerous occasions – everything from film and television to commercial advertising campaigns and his face on a line of wine bottles – but also that he is a household name in nearly every respect. Finding someone who isn’t familiar with, or at least aware of Snoop is no easy task.

In other words, Snoop Dogg has achieved relevance and longevity to an incredibly high degree. To simply say that he is a Hip-Hop legend is a hefty understatement as he has eclipsed some of the highest levels of stardom in not just Hip-Hop, not even just music in general, but in modern culture as a whole.

It’s certainly true that Snoop Dogg’s widespread legendary status doesn’t equate to him being one of the best current day Hip-Hop artists in the game. This isn’t entirely relevant to his long or short term level of success, however, nor should it be seen as such. The fact is that Snoop Dogg – West Coast staple, legendary Hip-Hop artist, icon, creator of some of the greatest music in the history of the genre (and beyond) and quite frankly the epitome of a classic American rapper (and all-around musician, for that matter) – really doesn’t even need to continue putting out albums. Nevertheless, here we are in 2022 with “BODR”, yet another record from the Dogg himself.

In general, releases from Snoop Dogg at this point in his career are not typically expected to meet any particular standard of content quality. There are certainly still listeners of the more recent age of Snoop Dogg records, and it is still important (to some extent at least) that these records aren’t all-around awful, but it doesn’t seem practical to expect anything close to Snoop’s older work when one listens to such newer efforts. That doesn’t completely let him off the hook, but it does allow a bit more room for him to record what he wants.

Nevertheless, perhaps one of the biggest critiques of much of Snoop Dogg’s more recent output comes from the opposite point of view on this matter.. It might be framed best in this way: Snoop’s releases as of late are far too unoriginal and, quite frankly, safe. Not that a seasoned vet in the game is expected to be putting out cutting edge material, but rather that it would be quite interesting and compelling if he were to use his talents to construct something a bit more creative than the slightly mundane output that has essentially become his norm.

On “BODR” (an abbreviation of “Bacc On Death Row”), Snoop releases an album inspired by the olden days of his rapping career. He does this on his recently acquired Death Row label. This is not the famed Death Row Records of old, but it does seem to set the tone for the album. This tone is primarily accented by his classic (yet updated, to a degree) West Coast beat choices as well as his lyrical content. The instrumentals on this record are certainly reminiscent of the atmosphere and overall West Coast gangster feel that Snoop is trying to accomplish on “BODR” and while they might not be exactly what they aim to imitate, they are most definitely effective in the way that they add an old school, lavish yet tough tone to this record.

The beat on “Gun Smoke,” crafted by Hi-Tek, is just one example of where the production glistens on this album. This track features pounding bass rising over synths caked with West Coast swagger. This beat is a fun one to say the least and many of the other instrumentals on “BODR” are equally enthusiastic in their celebration of that funk-flavored, gold wired westside Hip-Hop.

“Crip Ya Enthusiasm”, produced by DJ Green Lantern, is a particularly carefree spin that is not only creative in its giddy feeling sample manipulation but, oddly enough, also well-suited for Snoop Dogg’s gang-related rhymes. In fact, the bulk of this album’s production is well structured and well designed for Snoop by way of a smoothly styled, signature Snoop sound that takes listeners back in time to when Tha Dogg was a major force in the West Coast Hip-Hop movement.

“Conflicted” is a track that brings a more urgent sense to the record. This song features the equally legendary Hip-Hop mainstay Nas who is brought onto the track for the sake of laying down a confident hook discussing the relationship between the East and West sides of Hip-Hop and some of their similarities. He speaks on the feud between the coasts and how they have been pitted against each other. Although Snoop certainly delivers lyrically and compliments Nas’ words well with his like-minded verses that praise those of the East Coast, putting Nas, one of the best lyricists of all time on a song only to have him spit the hook seems like an unfortunate and all too common missed opportunity.

Other notable features that come with “BODR” are, but not limited to, Down South legend T.I., fellow LA rapper Game and October London. While London’s frequent assistance becomes an important component of this project, the contributions of the other artists on “BODR” are ultimately a bit unmoving. Snoop and the producers that accompany him own this record, and that’s ok. For while strong features are always a pleasant addition (and sometimes a vital one) to a Hip-Hop project, when the main MC is performing at a high level, features can often take a backseat.

Which begs the question, what is Snoop Dogg like on this project? Does he outperform his other more recent efforts, or has his new material largely remained stagnant?

On “BODR”, Snoop Dogg spits rhymes that are not necessarily technically advanced but that speak to what seems to be a call back to an all but forgotten heyday in West Coast rap. Snoop’s flow rarely misses a beat across this project, such as on the second verse of “Doggystylin”, and while his lyricism isn’t necessary front and center (though it is by no means weak), the personality and flair fans have come to know so well from Snoop Dogg is in full force.

This album finds the Hip-Hop legend not only seeking to replicate the classic Death Row Records sound, however, but also looking back upon the days of that sound with great nostalgia. On the album’s opener he raps, “Death Row, oh no, can’t let this shit go / I think about Pac, I think about Suge, I think about Nate / I think I left a small piece on my plate”. He then goes on to talk about how he wants to “get a few things straight”, by which he seems to be referring to a more relaxed, peaceful and smoke-filled approach.

This is not entirely surprising as Snoop has been a rapper with, for the most part, a much more laid back approach for some time now. So for him to, as he says, “rework” his Death Row output, it seems only natural that he would strive for it to be closer to a mix of “Gin and Juice” and “Young, Wild & Free” rather than more “Murder Was the Case.” In other words, Snoop emulating his Death Row Records days doesn’t mean him running a replay, it means him doing it the way his modern self would. This isn’t to say that “BODR” is without tough talk and gang talk. Rather, it means that the atmosphere surrounding these songs is often much more celebratory and hopeful one that declares a victory of sorts while also noting trials and pain, (“Coming Back”, “Gotta Keep Pushing”, “We Don’t Gotta Worry No More”) and that even when it is a bit more rugged (“Doggystylin”, “Conflicted”), the overall positivity of the record still seems to outweigh the gun talk.

There are one or two tracks on “BODR” that could be fixed up a bit or perhaps just done without altogether, such as the at times creepy “Daddy”, and Snoop’s rhyme style is not always the most dynamic. Nevertheless, he comes through on “BODR” in a big way by holding his own and gathering a particularly skilled set of producers whose key contributions bring the flourishing glimmer of a classic Impala to the record. The songs on “BODR” not only reflect his gangster days in a fresh fashion, but also spread hope, are highly relistenable and, perhaps most important of all, prove that Snoop Dogg, one of Hip-Hop’s greatest, has all but lost his touch.