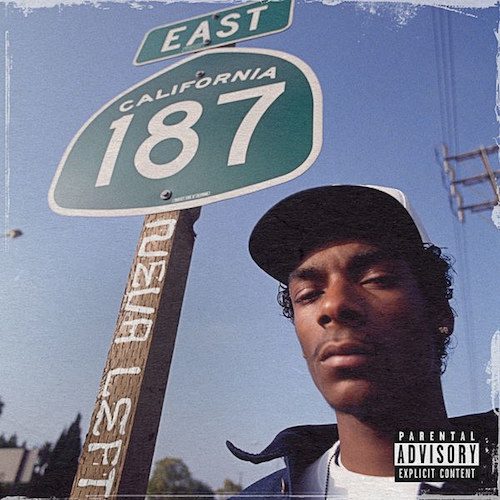 Snoop may have never left, but his annual releases have become so underwhelming in recent years that if he did leave rap alone, we’d miss HIM more than his music. Snoop is an iconic figure, even in 2017, despite much of his relevance coming through his social media presence. While Snoop’s catalog is as large as the blunts he smokes, it’s nowhere near as potent. Last year’s “Kool Aid” was mostly trash, with the short compilation “Cuzznz” being little more than a collection of throwaway recordings alongside Dogg Pound colleague Daz Dillinger.

This year’s “Neva Left” is relatively hit and miss but does benefit from rewarding older listeners, particularly with the guest features. The album’s title is clearly a statement to the hardcore who question Snoop’s output, particularly the albums of the past 10 years. They’ve often come with an obvious single that sounds nothing like the rest of the record, and there’s usually an awkward blend of West Coast gangsta rap and lighter, more poppy productions. As an ardent fan of 2000’s “Tha Last Meal” and the playfulness of the Kokane hooks and tongue-in-cheek pimp talk, I’m glad that there’s more of this material here. This is an album catered to 30-somethings who remember the dominant years of Dre and Snoop, whether it was the early 1990s or the early 2000s.

After an ill-judged, five-minute long intro that samples The Charmels’ “As Long As I’ve Got You” (as made famous by Wu-Tang Clan’s “C.R.E.A.M.”) – Rick Rock comes through with another simple, effective number in “Moment I Feared”. There are clear digs at artists like Lil Yachty (especially in the video) but it’s all done in good taste.

Snoop looks back on “Bacc In Da Dayz” but the hook isn’t one of Snoop’s best. “Promise Me This” is better, but the album falls off a cliff over the next fifteen minutes. Sore thumb moment “Trash Bags”, a hybrid of YG’s modern West Coast sound and the trap sound that’s all over the radio at the moment, feels cheap, as does “Go On”. It sounds like an attempt to emulate Pharrell Williams but the tune sounds about ten years late.

Thankfully, things picks up with “Big Mouth”; old-school in the vein of Spoonie G, it suits Snoop really well without feeling archaic. The simpler the rhymes, the more effective Snoop is, but it’s good to hear Snoop lighten up on the third verse. Modern hip hop is especially bereft of clowns we can laugh with and Snoop can flip between fun joker and gun smoker with ease, and that’s where the best tracks come from. The Too $hort collaboration “Toss It” is typically brash, giving feminists everywhere heart palpitations, but the way that the two veterans deliver their lines with wry details like “Old n***** with young hoes” could teach younger so-called players a thing or two about portraying that in songs without sounding like complete dickheads.

Some of the guests are surprising too, most notably the KRS-One-assisted “Let Us Begin”. Along with Chuck D, KRS is one of a select few artists to still be releasing music THIRTY years after their debut. It’s a shame then that the Battlecat beat is throwaway and KRS drops a clanger of a verse reminiscent of his early 2000s work where he experimented with sound effects. If you heard “My Mind Is Racing” you’ll know what I mean.

More rewarding is the weed smokers’ dream team collaboration between Cypress Hill’s B-Real, Redman and Method Man. The last I heard, the dealer who supplied that studio session is now happily retired. Snoop’s verse for “Mount Kushmore” is well worthy of being last, but Redman shows just why he’s STILL one of the best guest emcees. He kills it. “I never cruise, I aim to be the top gun” – corny when written out but delivered by Reggie Noble? Different story. Meth shows some glimpses of his ridiculous flow where he catches pockets in beats like nobody else can but for the most part, “Mount Kushmore” does what it says on the (moun)tin.

That was nearly as corny as the Redman line.

“Neva Left” is unfortunately, yet predictably, another mixed bag. The good tracks are effectively updates to proven formulas, which when matched to more imposing beats, show Snoop hasn’t lost his touch. I wish Snoop would embrace his position and let the tracks aimed at capturing a new audience go. Is Snoop really trying to capture a new audience at this point? It feels like some of the tracks are there so that the label can tick some boxes, but when Snoop sticks to the gangsta posturing and pimp talk, he’s as charismatic as he’s ever been.