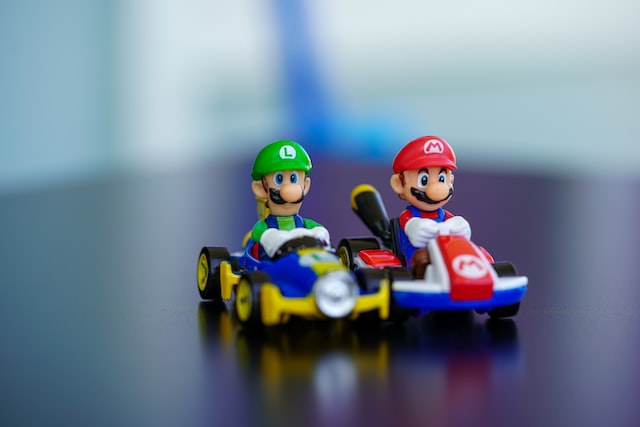 Of the numerous musical genres still to exist in mainstream culture, it’s rap and hip-hop that have one of the strongest relationships with gaming. While some cross-over attempts have failed and been consigned to gaming’s history, nevertheless, the medium has provided plenty of inspiration for urban artists over the decades.

Many a rapper has penned an ode to their favourite games; even back in the 80s, the Chilly Kids were proclaiming the virtues of gaming in their song The Ice Arcade. And there are countless producers, from the amateur to the A-list, who have plundered the sound effects and theme songs of eight-bits – Necro‘s use of the unmistakable Tetris theme in Black Helicopters springs to mind.

Indeed, musical inspiration is far from in short supply when we’re talking about gaming. Here are four rap and hip hop songs that are dedicated to the medium; how many do you recognise?

It might come as a shock to Gen Z’ers, but there was a time when Will Smith was placed in second billing to DJ Jazzy Jeff. While Smith may have ended up with the better deal in terms of a lucrative long-term career, back in 1988, it was Jazzy Jeff who was in the limelight. The duo churned out several “humourous” songs, but one of the best happened to be a ditty dedicated to the ultimate platformer, Donkey Kong.

Written by Smith himself, he talks about his strong connection to the game and how he’s always chasing a high score. The duo even managed to rope in Ready Rock C to beatbox the game’s iconic theme song and sound effects.

When it comes to card games like poker, there are countless urban songs that reference this classic game. However, the best ode to the world’s favourite variant, Texas Hold ’em, takes the form of Pokerface by Ghostface Killah. Known in the mainstream as the emcee for the Wu-Tang Clan, Ghost Killah’s venture into solo territory has seen him pen the only rap entry on several definitive lists of top poker songs.

When we say that this track is an authentic interpretation of one man’s love for the game, we aren’t exaggerating. Unlike several other poker-themed songs that play fast and loose with references, Ghostface isn’t afraid to stick to the topic at hand. He even adds in a few eclectic samples for good measure – no other rap or poker song out there is embellished with poker chip sound effects and WSOP commentary.

AKA Sonic the Hamilton, Charles Hamilton took gaming adoration to a whole new level in 2008 when he dropped this pondering track. The rapper has previous form when it comes to his Sonic The Hedgehog obsession, having declared that the plot of the legendary Sega franchise was, in fact, a philosophical commentary on modern life.

He’s even gone so far as to state that “the disrespect I get with all my philosophies is actually more hurtful” than the usual digs that rap artists are vulnerable to. So deep is Hamilton’s love for Sonic that we’re honestly shocked that neither Sega nor Sonic Team have booked him for a collab.

As for the track itself, you should be able to tell from the title that Hamilton is in quite the quandary. Asking himself whether he’s going to get on with his day or go with his “insatiable need to play Sonic the Hedgehog”, it doesn’t take long for him to retreat back to the safety of Green Hill Zone.

It may not have been a cross-over hit, but Cocoa Brovaz’s ingenious reworking of the Super Mario Bros Mushroom Kingdom into 1990s Brooklyn stands as one of the most-memorable gaming-inspired rap songs.

Not only that, but the Brovaz – formerly known as Smif-N-Wessun – proved just how much funk was in the Super Mario Bros theme by successfully rapping over it.