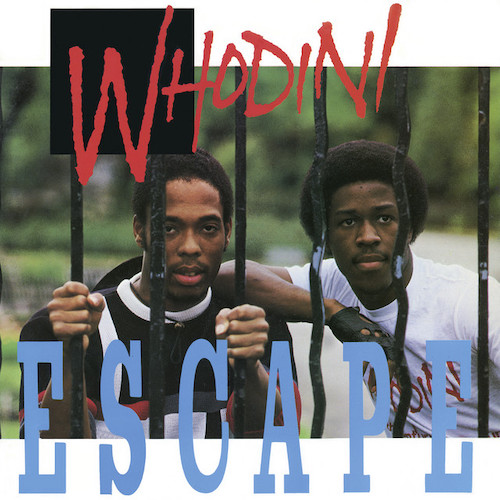 A few months ago I released a video showing off things I picked up on May the 4th (be with you). Spoiler alert — I’m a huge nerd. Always have been, always will be. It’s that very fact that made me want to start rap websites in the first place. “Get in where you fit in” is the motto of both Too $hort and hip-hop culture, and using the internet to talk about and share the arts has been the best fit for me. Anyway one of the records I showed off in that video was the 12″ single for Whodini’s “Big Mouth,” because I honestly can’t resist anything to do with the late 1970’s or early to mid-1980’s era of rap. I’m old enough to remember this time fondly even though I grew up in a place where rap music was pretty hard to find. Most records I bought were exactly like the one in the video — secondhand and used. I just had to pray the needle wouldn’t skip when I played them.

Even though “Big Mouth” is a fun single berating people who spread rumors and gossip (“They call you mouth almighty, tongue everlasting/You ain’t satisfied unless something’s happening”) it’s far from the biggest song on “Escape.” In fact it’s the third out of four singles Whodini released from the album and would be the most forgettable were it not for the title track. That doesn’t make it bad — it just means it has never had the cultural cachet that the lead single “Friends” did. It wouldn’t be an exaggeration to call it one of the most important rap songs ever. It ranks right up there with “Rapper’s Delight,” “The Breaks,” “Walk This Way” and “Don’t Believe the Hype.” The bass line is perfect. The hook is both memorable and imitable. Peaking at No. 4 on Billboard’s Hot Black Singles, the song far outlived that ranking, going on to be sampled by everyone from MF DOOM to Nas.

One hit single alone wouldn’t make “Escape” go platinum, but Whodini and producer Larry Smith had much more in store. It might be hard to imagine how large songs like “Friends” and “Freaks Come Out at Night” are in the post-internet era are, but back when FM radio stations were reluctant to play rap records, these were almost the only songs you’d hear. “Hut hut hut hut hut!” The song is absurd in an entirely charming way. It’s an ode to the roaring 80’s in every way. Synthesized keyboards and vocals, lascivious women looking for young studs, a carefree where “the party’s jumping and the place is packed” and “freaks are all over me like white on rice.” Just one warning though — “if you want to live yourself a nice quiet life/do yourself a favor, don’t come out at night!”

I’m not sure how or why “Five Minutes of Funk” was NOT released as a single too, but this song looms large in my memory and on the record too. “Ladies real pretty/city to city/but now we’re getting down to the nitty gritty.” You can argue the raps were on the simplistic side if you like, but you can’t argue that Ecstasy and Jalil weren’t delivering the lyrics with total command of the mic. Every word was on time, perfectly balanced with the funky beats, and Grandmaster Dee added his flourish wherever necessary. Like so many of the rap songs on this album, “Five Minutes of Funk” has been repeatedly sampled, referenced and featured throughout hip-hop history. The instrumental was even the theme for the legendary Video Music Box with Ralph McDaniels.

Is it clear that I’m absolutely enamored with this record? It’s been hard to find a way to write about “Escape” just because I’m so biased toward it. Even tracks that never found their way into the mainstream like “Out of Control” are fun. It’s the group goofing around with samplers, drum machines and multiple tracks echoing and layering their sounds. It’s the experimental eighties where the rules hadn’t been codified and you could make any kind of rap song you wanted — even one without rapping at all. Many of the records sound more like disco throwbacks than what you’d expect from a “rap record,” but rap wasn’t too cool to dance.

“I’m the rapper Jalil and I’m ready to rock
and once I get started I’m hard to stop
I got the magical touch to make you shake your butt
The Grandmaster Dee, the king of the cuts
Party people in the house make no mistake
Jalil and Ecstasy are inside the place”

Indeed. “We Are Whodini” personifies their fun loving attitude with a song that’s all about how fly they are and how much you’ll enjoy getting down to their sound. You could call yourself “the Pied Piper of the 1980’s” and not get hated for it back then. Rap may have slowly and inexorably been moving in a harder direction thanks to Run-D.M.C., Ice-T and Schoolly D but for a time at least having a good time was just as important as being perceived as the wealthiest, flashiest or toughest. The original “Escape” was only eight songs long and didn’t need to be longer, but a 2011 reissue made it even more fun by packing on instrumentals and “Grandmaster Dee’s Haunted Scratch.”

When you stop to consider “Funky Beat: The Best of Whodini” had 67.5% of the original album all by itself, the evidence is clear that “Escape” is “The Best of Whodini” in its own right. It’s probably unfair to say this is a “must own” since we live in an era where people stream music instead of buying it physically, but if that’s the case I still consider it a “must listen.” You’re not too cool to smile, nod your head or move your feet when “Friends” or “Freaks Come Out at Night” comes on — not even a big ol’ nerd like me.