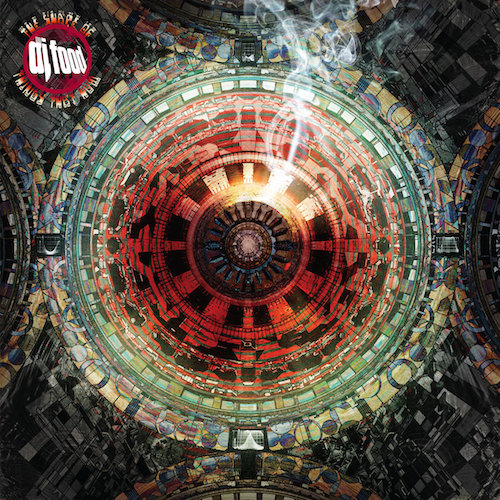 The Shape of Things That Hum

DJ Food :: The Shape of Things That Hum

Throughout my college radio career I’d get and enjoy various promo albums from the Ninja Tune imprint. I suppose at first it was simply because of the DJ Food “Jazz Brakes” series, but later I came to how avant garde and weird some of their artists and releases were. I knew their roots were firmly planted in hip-hop, but the fruit that tree bore ranged from techno to trance to EDM and more. I could never quite put my finger on what Ninja Tune was trying to do or what their goal was, and honestly that was part of the enjoyment. I was at the right age to appreciate that something good didn’t have to fit neatly into square peg definitions. As “Brother John” would say, “The world is made to be seen, heard and felt.”

DJ Food’s “The Shape of Things That Hum” may not come from the height of my Ninja Tune fandom, but this 2009 release gives me pleasant flashbacks to those days. Food a/k/a Strictly Kev has a penchant for audio experiments and tracks that layer elements from widely varying sources. It’s the audio equivalent of a framed portrait made up of squares and triangles cut from the pages of different magazines. The individual portions may be recognizable or even identifiable, but what you’re really looking at is the whole picture. “Sentinel (Shadow Guard)” would be just as home as background music for a dystopian cyber landscape as it is rattling out of the speakers of your choice. The quiet breakdown will lull you into a false sense of security until that bass slowly builds back up and the beat kicks in again.

I recognize this won’t be for everyone. A lot of the time I wasn’t sure whether or not anything Ninja Tune was doing was for me, and yet I couldn’t wait until the next promo landed in my hands. If only I could have seen it as clearly back then. I’m long past the days where major labels or even highly regarded indie labels provide service, and frankly if they did it would all be digital distribution anyway. Getting physical products is few and far between and I doubt they would have the magical feel of holding a Ninja Tune album and thinking “What will this one sound like?”

“The Shape of Things That Hum” is a relatively short release, fleshed out with several different “All Covered in Darkness” remixes. I’ve tried and failed to pinpoint the deep baritone voice that intones “like watching falling stars… in the galaxy you’ve never been… a strange… inner… space” at the start of the first “Mr. P Remix.” I feel like it must come from some anime or science fiction film that I’ve seen before. Maybe it was just improvised. With DJ Food you never know. “I like it because it has no meaning, or no meaning that I can tell anybody about.”

I have to put a nail in this trip down memory lane at some point so here’s the hammer — a good DJ Food album like a good Ninja Tune release is an experience best had wide open. Forget about genre or structure. Just come to “The Shape of Things That Hum” with your best stereo equipment. I’m not suggesting mind-altering drugs would help, but I also don’t think they would detract from the altered state of being that suit this and many of their other releases. Do whatever you can to liberate yourself from what you know music as. Relax your mind and let your conscience be free.