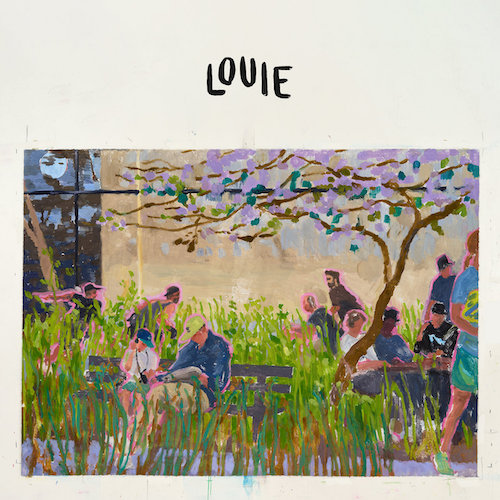 Shit. I need to say more than that right? Well Kenny Beats has been that dude as a producer for more than a minute now. He’s not this generation’s DJ Premier, not yet, but give him another 10 years of producing at or above his current level and folks will talk about him that way. One of the reasons why is that like Primo, you can take interest in anything he laces, even if the talent doesn’t match his own. Be honest. Would you have listened to anything Malachi the Nutcracker did without Preem? Not me. Big Shug? Same. When Kenny makes the beats I’ll take a chance on the artist, because even if they’re the drizzling shits lyrically, I’m still going to enjoy the music.

“Louie” is Kenny Beats untethered. With no obligation to make anybody else sound better, he can focus on making art the way he wants, which coincidentally or not is the same image we get from the “visualizers” accompanying the tracks. It doesn’t surprise me at all that he recorded this album in Bath, Somerset, England. He shed not only the expectations of rap but of the United States as a whole. That’s why even the few vocal cameos you can find here are from people who are equally good at avoiding labels and doing whatever their heart desires — people like Remi Wolf for example.

Even though he could go completely left field and outside of anything we know, there are still nods to the familiar on tracks like “Drop 10,” which starts out the exact same way as The D.O.C.’s “It’s Funky Enough.” That’s Foster Sylvers’ “Misdemeanor” if you didn’t know, and no matter how many times or how many ways I’ll hear people sample it in my lifetime, that shit still slaps every single time.

That’s the genius of Kenny Beats. He puts a new twist on the familiar, then slaps you in the face with some shit you ain’t never heard before. What’s next from Kenny? Probably a post 9/11, pre death of Whitney Houston type beat. You never know what he’ll do next and that what’s keeps me looking forward to projects like “Louie.” Whether on his own or with a partner Kenny Beats always brings it.