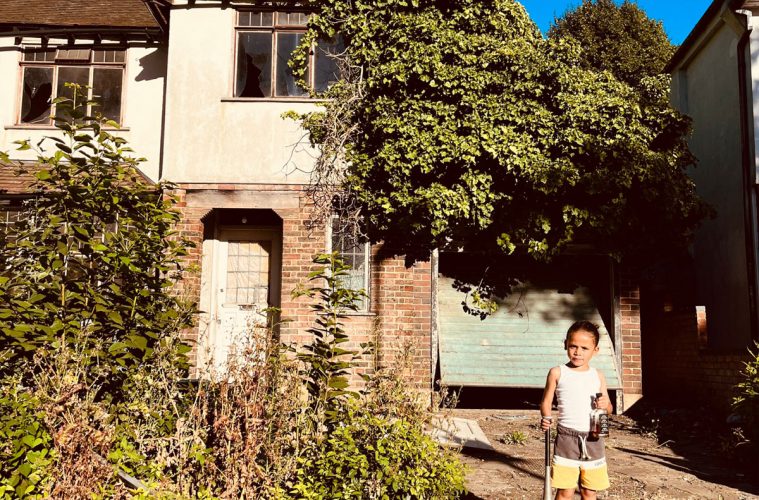 Montener the Menace :: The Miserable Git Next Door

I don’t know if it was intentional, but the third album from English rapper Montener the Menace seems to correspond with his sophomore album, at least in terms of the title. 2021’s “Anyone Home?”, which was technically his present-day modern debut, is followed up by “The Miserable Git Next Door.” Though the title evokes imagery from a well-known Charles Dickens novel, there’s a humanistic element in the lyrics. Even with Montener enveloping himself in the role of a tongue-in-cheek miser, he manages to make improvements over his last album. One example of this is a significantly less dependence on posse cuts. On this album, he’s narrowed it down to just three. Other factors which remain in-place? JabbaThaKut being behind the album cuts, returning producers/guest rappers, and sequel titles. Though it seems like a concept album, it’s not. It’s a head-nodding listen mostly from start to finish.

The title track is produced by Jack Cliff. It’s not a skit or an instrumental, and the production is built from a string sample. The fact that it’s a full song shows that Montener wanted to start off strong. Lyrically, Montener facetiously establishes himself as the kind of neighbor who nobody would want. It’s filled with all kinds of hilariously outlandish threats that show him living up to his “Menace” moniker. G-Man’s production work on “Tomorrow’s Never Promised” makes use of multi-tracked female vocals and a whistling sample as A-F-R-O and Skyzoo lend their mic skills. The former reminds me of a more quicker-paced, less nasally Mr. Lif. He goes first, then Montener, and lastly Skyzoo. “Gunslinger (High Noon, Pt. 2)” is a sequel to “High Noon” from his last album, though this one is produced by DaVigilante and it’s a solo track. It maintains the wild west motifs in the beat as Montener makes use of imagery from that period and shows growth as he raps “no more shootin’ as I approach a new aim.” Some past reflection is touched upon on “Sliding Doors (Pt. 1)”, a seemingly autobiographical narrative produced by Red Master.

JL Beats laces a piano key-sampling beat with slapping drums on “Decisions”, the second of three posse cuts. Featuring Skinny Man, Reks, and Guilty Simpson, they all spit verses where the collective gist is that for every action and inaction, there’s a decision behind it and a consequence resulting from it. The album’s shortest track is “Hate to Love”, a humorous examination of the dichotomy and relation between love and hate. It’s piano driven and jazzy courtesy of Barry Manalow. Jack Cliff laces the second of his three productions on “Teachered Artist”, in which Montener raps honestly from a school teacher’s perspective about the cons of said profession, in regards to the frustrations in dealing with the students and the administration. Montener mainstay Domingo returns and laces the best beat on the album with “Juxtaposition”, with metal clanging snares, piano keys, and a well-placed crescendo-building orchestra in the background.

Things become personally fun for this listener with the upbeat Covert Pawns-produced “Movie Decade Crusader.” In describing his lyrical skills, Montener incorporates movie titles and characters for wordplay and puns. For a movie buff like myself, it was fun to catch the references and how he used them. “Running My Mouth” starts off with a Keith Murray sample leading to stream-of-consciousness rhymes, as Montener is alternating between himself and his Menace rap persona. The final posse cut is “About Love”, which feels like the playlist of that Netflix series “Top Boy: Summerhouse” as it has verses from a little over a dozen UK rappers (BVA, Sean Peng, Phoenix Da Icefire, Ramson Badbonez, Tesla’s Ghost, Genesis Elijah, Frisco Boogie, Cracker Jon, Mick Swagger, boodah, Cosm, Slippy Skills, Blade & Joe Publik). At over six minutes, this posse cut goes against type and isn’t about skill boasting. Each emcee raps about the overarching theme of love over Jack Cliff’s head-nodding beat:

Finally, is the outro, a short bookend coinciding with the introductory title track with the drums and hi-hats standing out the most in the production from the Mighty Mindless Cartoons. With “Anyone Home?”, Montener was essentially playing catch-up after previously releasing a debut which had actually been made a decade prior. It’s said that misery loves company, so the irony that’s noticeable is the dearth of tracks with guest stars (though “About Love” would count as five posse cuts if you split it apart). “The Miserable Git Next Door” is humor steeped in truth, as the idea is to force one outside of their comfort zone. After all, that’s a good way to grow.