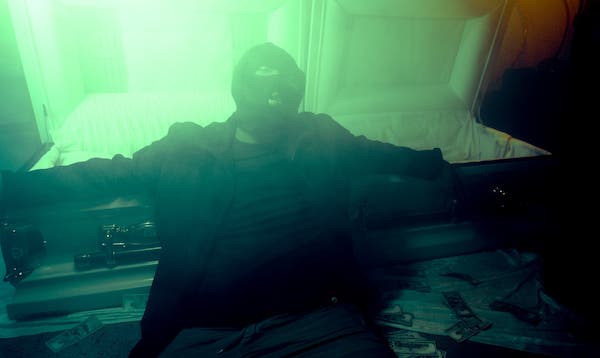 When rap was introduced in the ‘70s, few people could have imagined how popular this genre of music would become. Starting in America, rap and hip-hop have been popularized around the world. As of now, it’s one of the most listened-to music genres globally, with more artists coming into this industry and contributing their talent. One of the music artists coming up in the rap industry is Lokey Bunny, who’s also revolutionizing how investors can use his platform to earn money.

Announcing himself in the music industry in 2021, Lokey Bunny has already made an impact. He’s the first rapper to have a DeFI platform that supports his career as an independent artist. Lokey Bunny also owns a DeFI business, Lokeys.World, a high-yield investment platform in the DeFI industry. While many other artists and rappers in the music space claim to be independent, Lokey Bunny has genuinely accomplished this.

Lokey Bunny’s journey into the music industry did not start with making music. Instead, it started on YouTube. He made passive income videos that caught many people’s attention and ended up with more than 43K subscribers on his YouTube channel. Since then, Lokey Bunny has evolved his platform, turning it into an off-the-grid label for people to invest in. Investors can purchase a certain percentage of Lokey Bunny’s music by investing in his platform. Investors also get a 2.5% on his merchandise, music, and more content.

When it comes to success, Lokey Bunny is already making impressive progress. He’s on all major streaming platforms, including Apple Music, Spotify, SoundCloud, and more. Some of Lokey Bunny’s most famous songs on Soundcloud include “F Around And Got Rich,” “On Me,” “ETH,” “Baby Fingas,” “Sus,” and “Nose Runny.” Lokey Bunny is still active on YouTube, with more than 34.1K subscribers. He was also voted “most likely to win a Grammy” in high school.

When talking about wisdom, Lokey Bunny says just by being able to have a constant stream of income through DeFI, people can properly position themselves in the music industry, or any industry for that matter. He also says, “more wisdom can be taught amongst others in the industry on how to separate themselves from a marketing perspective and become essentially ageless for generations of consumers.” Lokey Bunny also views self-realization as a vital factor in the fight towards fulfillment, and he sees it as a differentiating factor between good and evil.

The future looks bright for Lokey Bunny; he says he wants to fully immerse his brand as part of the metaverse in the coming years. His NFT projects will have utility to increase value and usability. Lokey Bunny wants his brand to be P2P, which means peer-to-peer, from digital sales to tickets. The final goal is to show transparency in the digital world.