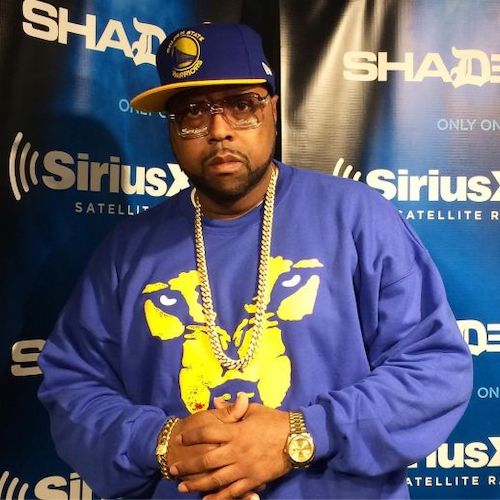 Long time hip-hop personality and self-described “Drama King” Keith Grayson b/k/a DJ Kay Slay passed away on Sunday, April 17th, 2022 after a four month battle with complications due to COVID-19. Grayson was born August 14th, 1966 in New York City and grew up immersed in the rise of hip-hop music and culture in the five boroughs. Long before his fame as a rap deejay, he was included in the documentary Style Wars which largely focused on graffiti/tagging, known at the time for his handle “Dez.” After a stint in jail in the 1980’s Grayson sought to make a name in the flourishing mixtape scene, and before long his fame in that arena led to him getting a major label deal and putting out “official” mixtapes with handpicked acts. Grayson even did his own rap to set it off.

The album also spawned a music video for the song “Too Much For Me.”

As recently as January right before he was first hospitalized due to illness, Kay Slay dropped a video for “In My Soul” featuring AZ, Mysonne, Papoose and Tre Williams. “From here ’til eternity we are no longer in need of more ballers and bottles/our people are in need of more leaders and martyrs/How can we save the youth from self-destruction/if the older generation are the ones providing them the ammunition to self destruct?” Powerful words from a man who had no idea how little time he had left.

He may have been known as the “Drama King” but he spent as much time squashing beefs as making them, even uniting once bitter enemies like Fat Joe and 50 Cent to do songs together on his albums. He was a tireless rap promoter through outlets like Hot 97 and Shade 45, and he leaves behind a massive legacy of mixtapes that made his name and gave countless others a chance to make theirs too. Keith Grayson was only 55 years old. May he Rest In Power now and forever. Our condolences to his friends, family and fans.