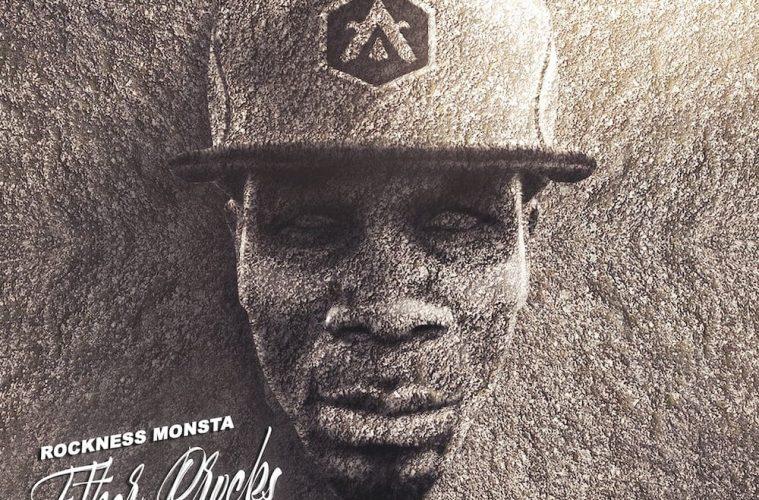 Though not as prolific as his dearly departed partner-in-rhyme, Sean Price, the Rockness Monsta (aka “Rock”) is a criminally-unheralded lyricist. He may have taken a while, but the Boot Camp Clik/Heltah Skeltah emcee dropped his solo debut, “Rockness A.P. (After Price)”, in 2017. Through several tracks, Rock showed us the layers under the battle emcee with deep-voiced wordplay and multis. He talked about his career, almost being signed to a major, aspects of his personal life, and his feelings towards Price. His sophomore outing, “Ether Rocks”, is entirely produced by Ron Browz. In regards to his mic skills, Rock says on the intro track, “I’m here to say to you this shit it ain’t ova / Knew I was a problem from the time they heard Eskosha.”

Most of the tracks clock in at less than three minutes, including the intro “Lettuce and Cabbage.” The beats are varied as well, the intro has echoing snares as its most noticeable aspect. On “Pay Me”, Browz builds the beat from a string sample, with 808 drums on top of it, which sounds like it may be from a movie score. Vintage chipmunk soul and boom-bap drums scream out on “Flamboyant”, which features Frankie Storm on the hook. Unlike his solo debut, Rock doesn’t enlist many of his Duck Down cohorts for assists. Ruste Juxx and Steele reprise their roles, but for the lead single, it’s Method Man who makes his return on “Beastie Boyz.” The track has Browz on the hook in addition to him being behind the boards, where he laces a menacing beat with alarms and effortless flows from both emcees in this Wu-Tang-BCC collaboration:

The second track to take its title from a musical artist is “Billy Joel”, and is also the album’s shortest track at just under two minutes. Conversely, the album’s longest track is “Got It Movin’”, which is defined by the rapid 808 snare programming and bass. “Faith” makes use of a classic sample and features Browz and frequent collaborator, the Last American B-Boy. Of the three, it’s Rock who owns the track, being the last on the mic and tearing it apart with his trademark bass-driven voice, tone shifts, and wordplay. The next single, the street anthem “Feast”, bears similarities in production to “Beastie Boyz”, but features Bo Blackk and Milly D.O.D.:

The Duck Down collabo takes form on the single “Shark Tank”, with Ruste Juxx and Steele. Browz utilizes a string sample to give the track an ominous Hitchcockian vibe to it to go with the perilous lyrics of all three emcees. Frankie Storm once again assumes hook duties on “Hood Up” before it shifts to the sounds of the streets with “Squad”, which once again features Browz and Last American B-Boy. The third single, “The Answer”, is the album closer and a solo track. The R&B-sampling and the accompanying video has Rock’s braggadocios rhymes fully summed up:

It’s been long-awaited for Rockness to break out solo, after years of dropping hardcore bangers in group outings and in guest capacities. Like Price, he’s multis and several pop culture references used as daggers against opponents, but he has his own flow, voice, and lacks his partner’s penchant and sometimes reliance on non-sequitur rhymes. His debut album had several tracks with the word “personal” written on them. For “Ether Rocks”, he took a cue from the opening track of his debut: He made it a point to “Just Rap.”