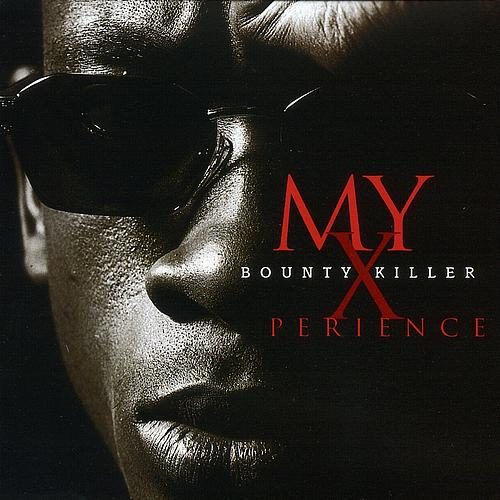 MY XPERIENCE almost became an unfortunate victim of jump-the-gun promotion. That is, VP Records began promoting this release in April of this year with an advance cassette and a special 60-minute mix tape. They hyped the final release for May 1996.

May came and went. So did June, July, and August. Still no word other than “delayed” as far as the release of DJ Bounty Killer’s heavy duty release. Finally, come September, the album was released. And let there be no doubts it was well worth the wait.

With 20 tracks (five dropped from the original promo release, seven added, and three remixed), this 70+ minute CD is a powerhouse of reggae. Bounty has been going through the motions for several years and paid his dues. On MY XPERIENCE, he is paired with rappers, singers, and world-reknowned producers. The talent is not wasted.

Among the singers that join Montego Bay’s Bounty Killer are Barrington Levy (a remake of his “Living Dangerously”), Dennis Brown (with Beenie Man on Brown’s previously released “Revolution III”), and Anthony Malvo & Red Rose (on “Guns & Roses”). However, the best showing by a singer is by none other than former Black Uhuru-front man Junior Reid. He graces cuts like “Change Like the Weather” and “Seek God (Remix)” the way only Junior Reid could with a spiritually commanding voice that demands attention and damn sure gets it.

What will most likely sell heavy duty copies of this release, though, are the guest spots by the big-name rappers. The all-too popular Fugees step up on “Hip-Hopera (“Mr. Punk”)” and the result is classic Bounty and the Fugees vibe off of each other so hard, the result is a joint ready to bump in jeeps or let spin in a club. Also making strong showings are Busta Rhymes (with Junior Reid on “Change Like the Weather”) and Jeru the Damaja (over Blahzay-Blahzay and Premier riddims on the head-bobbable “Suicide or Murder”). Jeru drops the usual Jeru knowledge:

My mind spray, you must get slapped,
Or snatch up your girl and gun and shoot your way out the back.
When I fire, the lingo blows out your rib cage,
You retire the sound and not because of old age,
Blood splatters, and holy fire burns the dawn.
…
Some rather die than face a fate worse than hell,
With a bounty on your head and Bounty Killer on your tail.

Production on this release is provided by Sly & Robbie, the imperial King Jammys, Wyclef and Lauryn of the Fugees, Rodney Price, Hit Squad’s Erick Sermon, Wu-Tang’s Rza, Bounty himself, and several others. Perhaps the most redeeming quality of this already impressive album is the appropriateness of the riddims. They are well-thought out and Bounty can ride them the way they were meant to be ridden, from hip-hop to straight up reggae.

Among the track that Bounty goes solo on, two really stand out. First is “The Lord is My Light and Salvation” where he proudly kicks a spiritual message:

The Lord is my light and salvation,
Who shall I fear? No evil one,
I walk through the valley of the shadow of death,
And I fear no evil, I fear no one.

The other is “Marathon (“To Chicago”)” on which Bounty effortlessly flows to an intense and furious riddim provided by Jazzwad and producer Rodney Price.

As far as downsides, this release has few. One is “Maniac” featuring Richie Stephens; it’s nothing more than a mediocre remake of an 80’s pop hit. The other is “War Face (Ask Fi War) Remix” featuring Wu-Tang’s Raekwon; this is not as effective as the original and the Chef doesn’t cook up anything new and worthwhile here. Fortunately, this pair of downers are the extent of mediocrity on MY XPERIENCE.

One cannot ignore the fact that Bounty has noticably stayed away from slackness and gun talk (rather, he speaks against guns and violence frequently). This is a prime example of a spiritual rude bwoy, a DJ with knowledge of self, and a downright talented individual that makes a point of being unique and identifiable from the slew of sound-alike DJs flooding the dancehalls in recent years.