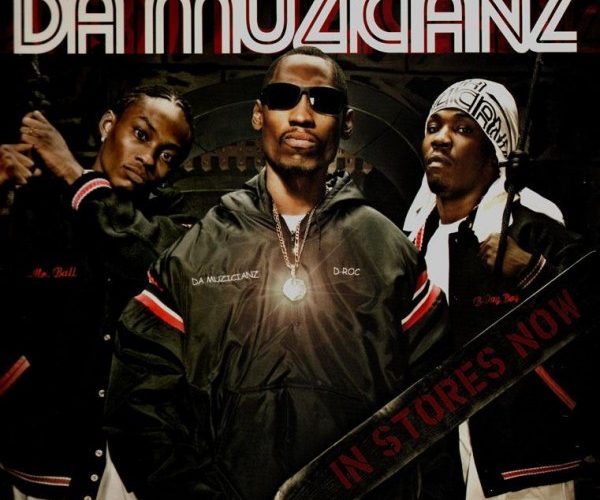 The other day an aspiring reviewer submitted a writing sample that contained some interesting statements that resonated with my preliminary thoughts about this here album I’ve been assigned to cover. After pondering the fact that few rappers manage to tickle the fancy of both male and female listeners to the same degree, he examined a male rap group he thought had achieved that seemingly impossible feat by packaging sexual content with lyrical skills. He reasoned, ‘Most of the time, a self-respecting straight male could never give props to another male who is trying to boastfully rhyme about his sexual prowess.’ I decided I had to disagree at least partially. My argument was that men do talk about sex amongst themselves, and that most of the time they do it boastfully.

Yet it is indeed hard to conceive that in such a situation a man would give another man credit for anything else than the fact that he scored. I’m sure you won’t hear a lot of congratulatory remarks about how well put an account was. The more common reaction that bears resemblance to an approval is the laughter that follows a dirty joke, or the verbal sparring that ensues when someone’s claims are questioned. The applicant went on to give props to one of the rappers he quoted, adding that ‘somehow, someway, [he] makes it work and won’t have men who enjoy listening to his explicit descriptions of sex second-guessing their sexual preferences.’

By bringing in the dimension of sexual orientation, the writer definitely laid the groundwork for a future sociological study on how men and women react to sexually charged rap lyrics. Historically, I’d wager that ‘dirty records’, just like ‘dirty magazines’ and ‘dirty movies’ tend to address a male audience. But even some of the earlier (comparatively tame) music recorded by the likes of Ice-T, Too $hort and the 2 Live Crew must have caught the ears of teenagers of both sexes, who simply thought it was cool that these rappers talked openly about what you were not supposed to talk about, let alone engage in. Even back then, there must’ve existed female fans of that type of music because I remember commentators wondering why women would accept being viewed strictly as sexual objects. These days the question is less eminent as everybody seems to have come to the conclusion that some women simply won’t mind being talked dirty to, especially from the safe distance of a listener. Still, not every kind of attention equals appreciation, and, as our quick-witted reviewer had to realize as he continued to explore the slippery terrain of rap-turned-adult entertainment, there’s a fine line between feeling flattered by dirty talk and having no damn self-respect.

Either way, any examination of gender-specific listening habits would have to take into account that the different sub-genres of rap are consumed in different environments and address different audiences. Yet at the same time, a lot of these songs manage to unite the seeming opposites male and female. And so, looking at the string of sexually explicit hits rap continues to produce, it becomes evident that in the specific setting these songs are being played in – the club – it’s easy to imagine a situation where men and a women are dancing to the same songs filled with sexual innuendo, many with the intention to parlay the mating ritual into a night of passion.

So let’s take a couple dancing to a song wherein a male rapper makes all kinds of sexual suggestions. The fact that the woman dances would then signal her acceptance of the dirty talk, while the fact that the man tolerates listening to another man’s dirty talk can be explained if we imagine him to assume the rapper’s position, letting the rapper make proposals on his behalf that he’d probably get slapped for if they passed his own lips. It would be a kind of role playing according to the record’s instructions. Obviously, the more the song revolves around dance moves, the more it is a literal instruction, and the more it refers to sexual acts, the less it is to be taken literal but simply the soundtrack to dancefloor foreplay. Needless to say, the same would apply to a female rapper in the role of the instigator, just with switched roles.

Da Muzicianz, consisting of Ying Yang Twin D-Roc and his two younger brothers, debut with an album full of club songs that center around that situation, with the reservation that their rhymes won’t inspire purists to reluctantly give it up. “On this album we gon’ show y’all how Atlanta party seven days a week, a different club to go every night, a different vibe at every club,” D-Roc explains in the intro. Men and women alike are summoned to do the “Crazy Man,” as evidenced by D-Roc telling the ladies, “I hope you brought your dancin’ shoes / I’ma tell ya off top, it’s hard to do it in them high heel shoes.”

“Til Yo Back Git So'” acknowledges the work involved when women try to follow the dancing instructions given by your average club rapper (“She can do it till her back get sore”!). In the words of Mr. Ball:

“So tight, seen that ass all night
She should give herself an ass clap because it’s so right
You keep on movin’ those hips, no losin’ those chips
Gotta get it in even if you hit a backflip
Now dip and come up slow
but you gotta make sho’ that you make that ass roll”

Since from a conceptual point of view club smashes have every right to be gimmicky, the album’s lead single, “Camera Phone,” should only be measured by whether people actually respond to it or not. The problem is, without being a resident of the United States of America (let alone the United States of Atlanta), I have yet to witness women doing as Mr. Ball tells them: “Where’s my phone, I gotta get this / The freak of the weak guaranteed I won’t miss / Shake that ass and hit that split / roll them hips and stop real quick / don’t move till you hear that click.” So yeah, uhm, basically, “Camera Phone” is the ultimate theme song for when the mobile phone generation feels like getting crunk. Although it’s doubtful that the name-dropped T-Mobile, AT&T or BellSouth paid for the endorsement, given the rather rude invitation to “Shake somethin’ for the camera, ho / take a picture for the camera, ho” in the hook. At least there’s a “Smile for that camera” request as well, so you’re not just supposed to take shots from the face down. I guess.

After the almost European touch of “Camera Phone” (courtesy of pseudo-classical vocal stabs), it’s back to the South. The horn-driven “Strip Leader” features fast flows. The Midnight Black-produced “On Me” soars with synths somewhere between Lil’ Jon and something you’d hear on the West Coast. Which brings us to “Go Dumb (Remix).” With the Bay Area struggling to get the same recognition as the South, it came as no surprise that some people were offended by Da Muzicianz’ “Go Dumb,” when the Federation’s Rick Rock-produced song of the same name had helped bring attention to the hyphy movement back in 2004. On the version that ended up on the retail version of “In Stores Now,” D-Roc explicitly states that their “Go Dumb” is in tribute to the Bay, saying, “We got a new dance for y’all, called Go Dumb. It originated in Oakland, so a big shout-out to Oakland for this one.” Too bad TVT Records forgot to include the Muzicianz track that brought Oakland and Atlanta together by featuring the Federation on a Rick Rock remix.

The fair sex remains the center of attention on the rest of the songs. “Get Yern” is what some people would refer to as a strip club anthem with D-Roc stating the obvious (“She a stripper, so I tip her”), the almost gospel-like, sugary “Pop That” invites “all the girls all around the world” to “pop that pussy, shake that ass,” while the closing “Gyrate” spins towards electro-influenced booty music. “Hush” is a slow jam and “Girls I Know” (featuring Fabo of D4L) is the only offering that keeps women at arm’s length:

“Satan in a dress got you caught up in a mess
cause you gave her access to your cars and your checks
Let’s get it all correct: you met her in the club
you knew she was a stripper and you still fell in love
Like a puppy dog behind her, all up on her heels
If he give shawty a breather she gon’ leave him where he is”

“In Stores Now” is catchy music where vocally and musically the hook plays the most important role. D-Roc fulfills the role of older brother with his deep drawl, Mr. Ball’s gripping delivery provides welcome energy and Da Birthday Boy rests somewhere in between. Knowing that this is music that is majorly hated on, I still have to give it up to the expertise with which producers Cheesy and Mr. ColliPark engage in the subtle variations of contemporary club music. You might laugh at Da Muzicianz’ assertion that their name is based on the fact that they view their voices as instruments, but the proof is in the pudding and the vocal presentation one of the reasons southern music is so successful. It’s debatable whether (as some would argue) groups like Da Muzicianz show women respect because in a certain way they court them, but it’s clear that this is adult music, some of it more suitable for the bedroom than the dancefloor. Still, clubs and parties are where albums like this one get played at, with hopefully everybody being aware of the fact that if this was real life, men would have to pay extra if they wanted to holler some of these things at the prostitute of their choice.