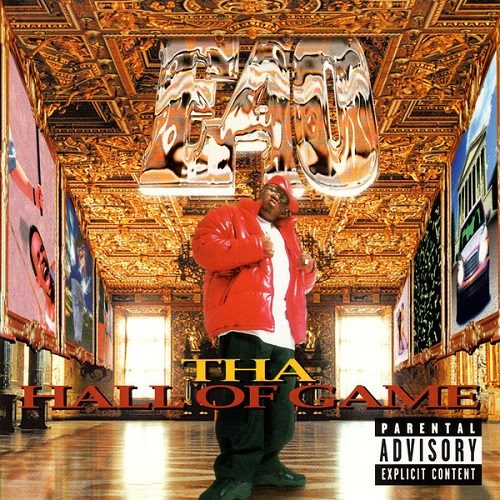 Upon listening a few times to E-40’s latest, I can honestly say that what 40 said to himself when he recorded this album was “It’s time to make that money”. This is the most radio friendly album that I heard lately… fuck, it makes Coolio sound underground at some points.

What appeals in E-40 is his distinctice flow and world famous Mobb beats. This album contains a total of something like 5-6 mobb tracks while the rest is typical West Coast funk tracks. This is very odd because E-40 uses the same mobb producers (Studio Ton, Kevin Gardner…) that he used before. After the initial shock that this is the album E-40 decided to give us (the die-hard Bay Area headz), I understood that the average head that didn’t check E-40 or The Click before will dig this album for the 10-11 sureshot hits this album will deliver. “Things’ll Never Change” with Bo-Roc of the Dove Shack will catch attention next month and tracks like “The Story”, “Million Dollar Spot” with Tupac RIP and the ever so corny “I Wanna Thank You” with Suga T is gonna hit number 1 for sure.

E-40 still keeps it real with tracks like “My Drinking Club” with Leviti, the dude who did “One Luv” with him. It’s your nice party track with disco flava… another track of this like is “I Like What You Do To Me” with B- Legit, which sounds like a song Cameo would’ve been proud of. These two tracks along with the mobby “Growing Up” (with 40’s little kid) and “Keep Pimpin'” which is tight like everything 40 did before. “It Is What It Is” and “Smebbin'” are also mobb style and tight…

“Record Haters” is a mediocre beat with phat lyrical content… 40 gets back at Rasheed Wallace and AZ- Wallace claimed 40 isn’t Hip-Hop and AZ said he doesn’t deserve to sell. “I was sellin’ tapes out the back while AZ was drinkin’ Similac” is just one of the shots E-40 sprays on these too. “Circumstances” is also noteworthy because of the presence of The Luniz and of course Cold187um and Kokane of Above The Law, who seem to make somethin’ funky everytime they enter the studio.

The reason why I can’t call this album disappointing is because E-40’s lyrics are tighter than ever… you gotta give 40 his props for the skillz he displays. You never know how his flow will flex, never know what’s next. You hardcore V-Town headz might be a little disappointed, but if you just like West Coast funk, this is for you.