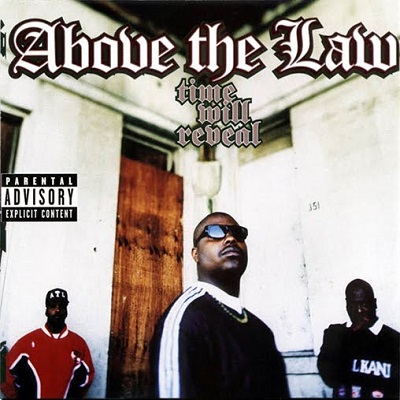 Above The Law :: Time Will Reveal

Straight up, no need for complications, Above The Law’s latest is my top album for 96. Why? Because no other artists in Hip-Hop history have survived what they did and still continue to have a unique style and maintain longevity in this game. Above The Law have released 3 lps and 1 ep which were acclaimed, but never even gold. They witnessed their producer (Dr. Dre) leave them, their mentor (Eazy E) die, their company (Ruthless) underpay them and mismarket their products.

Not even Snoop, PE, Ice Cube and other Hip-Hop greats managed to survive shit like that and still keep it up. After Dre left, Cold 187um stepped up to represent as one of the most creative, talented, assertive about his originality, and down to earth producers, to take ATL to new heights with “Black Mafia Life” and the classic “Uncle Sam’s Curse”. After the mess they experienced in Ruthless cleared up, they moved to Tommy Boy, which gave’em full creative liberty to create this new masterpiece from the West Coast.

From beginning to end, this album shines with it’s unique sound. It is unbelievable how simple yet really complex and deep are Cold 187um’s productions. Deep, funky music, this albums sounds like it was recorded at the early seventies- the mix is a bit dirty, unlike most of today’s crystal clean productions. 187um, his cousin Kokane and KMG sing 95% of the choruses on this album, and their chemistry with each other is recognized. The lyrics are deep and the delivery is a stand out. Out of 15 tracks (2 intros), all are amazing, and the album grabs on you from the beginning with the mellow “Encore”, a smooth R&B influenced track where ATL take pride in their longevity in the game. “Gorilla Pimpin'” is an Ohio Players soundin’ track, which is one of my favorites. Funky horns and an outstanding chorus make this one a definite bouncer. Other stand outs are “Clinic 2000”, which has the sound of a one take recording, the energetic “Apocalypse Now” with it’s guitars and vocoded breaks, the piano equiped gansgta tale “Killaz In The Park” (with MC Ren), the bombastic “Evil That Men Do”… well, I’ll stop now because I ran out of superlatives.

What will prevent this album from getting the props it deserves is the fact that Tommy Boy released as singles the weakest tracks on the album- “100 Spokes” and “City Of Angels” are good tracks but are mediocre compared to almost any other track on the album. I’m sure “Encore” or even the tight as hell “Endonesia” could take Above The Law to the Billboard top 10. If you’re looking for some original flava, which will take you back to the musical genius of the seventies, and gangsta rap which will remind you of the genre’s glory days of the early 90’s, this is a must have.

Above The Law :: Time Will Reveal
10Classic
Music10
Lyrics10