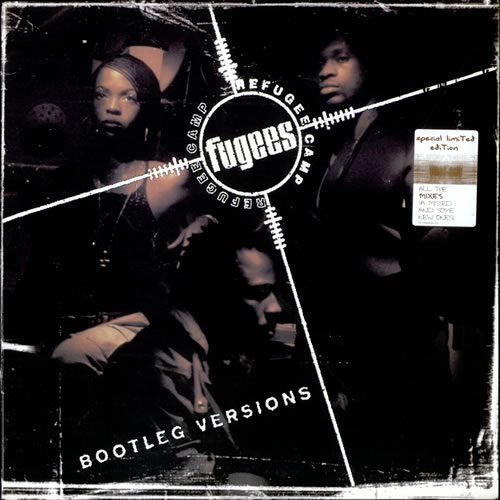 Somebody told me this weekend that nobody likes reading record reviews because they aren’t subtle anymore: there’s too much “this sucks, don’t buy this crap” criticism and not enough grace or tact. My response is that a subtle review does a disservice to the hip-hop industry because there is already too much product on the market; and a lot of deserving artists who don’t get a break because an established artist can put out something and expect sales based on name recognition regardless of the quality. Subtle reviews might suggest that an otherwise mediocre album is actually classic material.

This Fugees EP is _not_ classic material. Properly packaged and presented this volume could have been a testament to why the Fugees are one of the best hip-hop groups going for ninety-six and beyond, but instead this is a scatter-brained mishmash of singles, alternative mixes, and throwaway material. Obvious choices for inclusion like the “Mona Lisa” version of _Nappy Heads_ are left missing, and instead we are left with a live performance of “Killing Me Softly” which sounds strained and is VERY conspicously short by about two minutes.

Now a compilation like this is still interesting for a Fugees fan and some people have probably not heard the two versions of _Vocab_ and _Ready or Not_ included on this volume; which are in fact this album’s saving graces. This positive move however is nailed to the floor though by stiff and uninteresting skits tacked on the end of each song which sound like a promotional commercial for the EP — sadly trying to convince us that this is actually somehow a hot collection of Fugees bootlegs the record label is mad about when nothing could be further from the truth. The one unreleased Fugees song on this album certainly doesn’t surpass anything on their two full length albums and the Stephen Marley/Fugees duet of “No Woman, No Cry” adds _nothing_ new to the previous except a promotional gimmick and an excuse for a new video on MTV.

So, for those of you Fugees fans who feel I’ve been too blunt, my apoligies. As a fan who goes back to the Tranzlator Crew days who had a transparent three-headed baby sticker on the back of his car; I feel entitled to tell you TO SAVE YOUR MONEY. This is decent material, but from a crew that’s been steadily getting better this is a reverse step that for me is none too appreciated. You’re better to hold off until the new album drops, whenever that is.