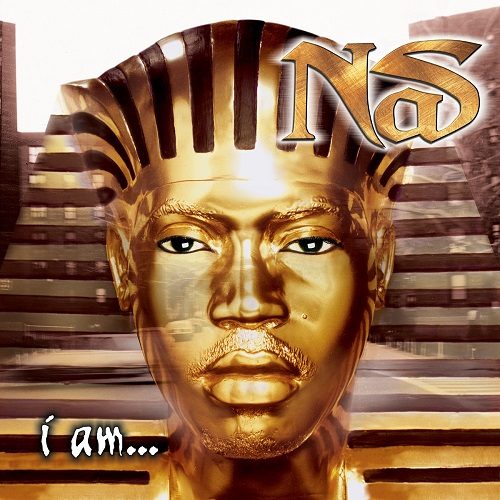 “I’m the feelin of a millionaire spendin a hundred grand
I’m a poor man’s dream, a thug poet
Live it, and I write down and I watch it blow up
Y’all know what I’m like, y’all play it your system every night”

So what exactly *IS* Nas like after over half a decade in the rap game? Well, he’s not what you expected. He’s neither the Illmatic scribe or the Escobar thug. Failing to cater to either could have been the kiss of death artistically; but somehow, miraculously, Nas pulls this one off by reinventing himself as “Nas: The Artist” – a combination of both and something more besides.

Now since this isn’t The Source, I’m not going to dickride and tell you it’s the greatest album since whatever whatever or automatically hand out a review that scores high numbers. Albums truly worthy of high praise come along once a year if you are lucky, sometimes only once in five. You don’t need high praise to describe this album though — to say it’s good is enough; and to say it’s better than “It Was Written” even more apt still. Nas wisely chose to diversify his musical production; bringing in DJ Premier for two cuts, L.E.S. for five cuts, and Timbaland for a joint. Even though TrackMasters are still involved, they show surprising musical depth on cuts such as “We Will Survive” – a heartfelt ode to Biggie and ‘Pac, and the humerous “Dr. Knockboot”. Perhaps the only truly overpowering song is Nas’ duet with Puff Daddy, appropriately titled “Hate Me Now”. Despite the temptation to diss because of the combo and the melodramatic music; one should still follow the lyrics closely because Nas drops gems.

“Hate on me, I blew but I’m the same ol G
People warn me, when you’re on top there’s envy
took my niggas out the hood but you doubt on us
sayin’ we left the hood but can’t get it out of us
My bad, should I step out my shoes give ’em to you?
here’s my car and my house; you can live in that too…”

It may be yet another mad track about playa hating, but the rebuttal of the hate is crisp and well defined – owing little to cliche. Ironically, it’s the power of description that Nas pours into his lyrics on this album that makes all those once erstwhile comparisons to Kool G Rap seem suddenly apt. His hauntingly cinematic portrayal of good thing gone bad on “Undying Love” is enough to give cold chills, and “Ghetto Prisoners” finds him pondering the rhyme and reason of our very existance.

The criticisms that are bound to be levelled at this album are fairly obvious. There’s a track with Aaliyah, a joint with DMX, and a song with Scarface. Aside from the latter of the three almost all of them scream “commercial radio” not to mention the unbridled and over-the-top duet with Puffy. But even if you really do “Hate Him Now” for these cuts (and personally I don’t think they’re so bad) it’s only four out of fifteen. The rest of this material is easily his best work since the days when Large Professor was working his boards. The flow is a bit more lacadaisical than in times past, but the voice is as golden as it was even in bad times and the lyrics are much improved. This album should be cause for any Nas fan to celebrate – it’s good enough to appease the heads AND the streets and strikes a fine balance not seen since the heyday of Biggie Smalls.

In short, it’s everything “It Was Written” should have been and then some; and that’s good enough to make it worth heavy rotation in any selection.